Few video games have successfully leapt from console to screen, but thanks to Paul W.S. Anderson’s deft direction, ‘Mortal Kombat' counted among one of those which did. Alas, the same cannot be said of its subpar (not ‘Sub-Zero’) sequel ‘Annihilation’, which for the lack of a better word, annihilated any hopes of a feature film series (unlike say ‘Resident Evil’). So a reboot was probably the only way of resurrecting the franchise, with original studio New Line Cinema deciding to place its confidence in producer James Wan and his belief in first-time director Simon McQuoid.

Unlike Anderson’s 1995 original, this latest is decidedly a lot grittier and more violent. Aside from an arrogant, wise-cracking Kano (Josh Lawson), almost nothing else in the movie is played for laughs, such that the entire premise – of the Earthrealm and Outerworld; of fighters from each world meant to compete in a tournament that will determine the fate of the Earthrealm; and of lineages and ‘chosen ones’ – is handled with utter solemnity. While sincere, there is no disguising the campiness of the source material, and the fact that the movie refuses to acknowledge that fact renders it somewhat tone-deaf.

On the other hand, we’re sure fans and neophytes alike will cheer how gleefully it has embraced its source material’s sense of bloodletting – from heads being crushed, limbs being shredded, bodies cut in half from top to toe, and even hearts ripped out of their chests – so let that be fair warning for those who are more squeamish. To McQuoid’s credit, all that gore isn’t done in gloating fashion; rather, it is seamlessly integrated into the breathlessly choreographed action, just as how it would have felt like a natural part of the game itself.

There is no doubt that the focus of the movie is on the ‘kombat’, and in that regard, both McQuoid and his stunt team have done brilliant work here. Starting with a thrilling prologue between Bi-Han/ Sub-Zero (Joe Taslim) and Hanzo Hasashi (Hiroyuki Sanada), each of the plentiful action sequences are well-staged and beautifully executed by the ensemble, most of whom come well-equipped with backgrounds in martial arts. Like the game, these sequences are largely designed as mano-a-mano battles – Sonya Blade (Jessica McNamee) against Kano and Milenna (Sisi Stringer); Liu Kang (Ludi Lin) against Kabal (Daniel Nelson); and Kung Lao (Max Huang) against Nitara (Elissa Cadwell) – which allow the respective characters to showcase their unique set of powers. Fans will be glad to know that much attention has been paid to remain faithful to the design of the characters in the games, so you’ll love what Kung Lao does with his metal hat, or what Liu Kang does with fire, or even what Sub-Zero does with ice.

As much as it does fan service, the movie also tries to forge its own path by carving an origin story for a new character Cole Young (Lewis Tan). Born with the signature dragon logo, Cole is a mixed-martial arts fighter sucked into the world of Mortal Kombat when Sub-Zero pays him and his family a visit out of the blue. The significance of his lineage is only revealed towards the end, but Cole is not only a pivotal role in the narrative but also an audience surrogate meant to introduce those unfamiliar with the franchise to its design. Fans will likely be divided on how Cole takes centre-stage, but at least he gets a worthy showdown at the end against Sub-Zero.

That we haven’t spent much time talking about the plotting is deliberate – indeed, it should come as no surprise that the story is secondary to the fights, so much so that when the movie stops to do its obligatory world-building, the pacing slows considerably. It doesn’t help that neither Raiden (Tadanobu Asano) or Shang Tsung (Chin Han) are compelling leaders on the side of good and evil respectively, without which it is difficult to buy into what exactly is at stake and what needs to be done to save the world; and while it is noble that the filmmakers had invested in looking for acting talent to back these roles, we’re sad to say that neither actor is match for his predecessor (remember Christopher Lambert and Cary Hiroyuki-Tagawa?).

Thankfully, ‘Mortal Kombat’ delivers where it matters at the end of the day, serving up bouts of impressive fight action that is raw, intense and exhilarating. Like we said, it stays true too to its video game origins, and fans who have grown up with the games will appreciate that the filmmakers have not forgotten why this reboot even has a place to exist. It is no secret that the movie is intended as a franchise-starter, and by the time it ends with a poster of Johnny Cage’s latest movie on the wall of a gym, you’ll most likely agree this reboot gives the once sputtering series a renewed boost of life.

(As gleeful a reboot as fans would expect, 'Mortal Kombat' breathes new life into the movie franchise with plenty of thrillingly brutal action) 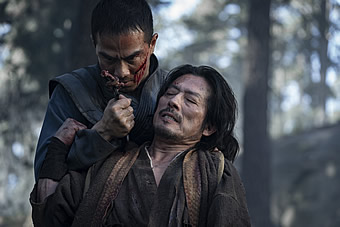 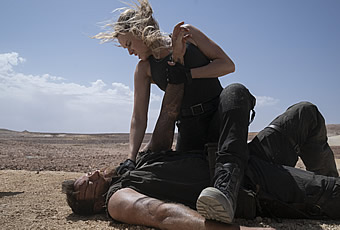 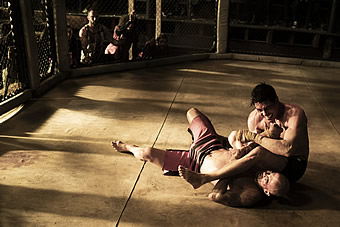