Synopsis: Based on true events from 1939, the film follows teacher Thomas Miller (Izzard) who has taken a last minute and controversial role teaching English to the daughters of high-ranking Nazis at the Augusta-Victoria College, Bexhill-on-Sea – a finishing school on the south coast of England. Under the watchful eye of their headmistress Miss Rocholl (Dench), and her devout assistant Ilse Keller (Juri), the girls practice their English and learn how to represent the ideal of German womanhood.

When the body of a former teacher is discovered, it triggers a sequence of deadly events and leaves Thomas running from the police with the threat of being hanged for murder.

As far as British spy thrillers go, ‘Six Minutes to Midnight’ is decidedly old-school and enjoyably so. A passion project for its star, co-writer and co-producer Eddie Izzard, it is inspired by the real-life Bexhill-on-Sea’s Augusta Victoria College, a 1930s finishing school for the daughters of the Nazi elite. Here, Izzard and director Andy Goddard imagine a plot within its walls of German spies and forcible repatriation as the UK and Germany stand on the brink of war in August 1939.

Casting himself against type, the comedian Izzard stars as Thomas Miller, who is hired as the school’s English master after his predecessor is found dead on the beach. The headmistress Miss Rocholl (Judi Dench) isn’t shy about showing her disdain of Miller. “I wouldn’t normally hire such a journeyman, but your predecessor proved somewhat unreliable,” she says to him on their first meeting. Why Miller would accept such an assignment becomes clear not long after – suspecting something may be up at the school, Miller had been sent as an undercover agent by British intelligence to uncover the German plot and in the process find out who had murdered his predecessor.

Miller’s suspicions soon fall not on the stern Miss Rocholl but the school’s other teacher Miss Keller (Carla Juri), a former swimming champion who almost made the Berlin Olympics and now teaches the girls at the school German and physical culture. And among the students, the only two which are given some form of character treatment are the bossy Astrid (Maria Dragus) and the meek Gretel (Tijan Marei); in particular, the latter while quiet shows herself to be extremely perceptive, not only in guessing Miss Keller’s sinister intentions but also in figuring out Miller’s true purpose at the school.

To their credit, Goddard and his co-writers do a fine job setting up Miller’s initiation into the school’s doctrine, driven as much by discipline as it is by loyalty to the German Nazi regime; in particular, it is chilling to see how successfully indoctrinated some of the young girls are, saluting ‘Seig Heil’ with absolute gusto. The first act also succeeds in establishing the sense of space and place, especially in showing how increasingly isolated the girls are being on foreign soil that is at the brink of war with their motherland.

But that set-up unfortunately is somewhat wasted with a third act that is more obsessed with double-crossings and derring-dos than politics, ideology or even historical accuracy. Indeed, the narrative takes a decidedly different turn once Miller is accused of murdering his superior (David Schofield), sending him on a race-against-time to contact the right authorities and stop Miss Keller from forcibly repatriating the girls back to Germany before the war commences. Izzard isn’t quite believable as a man on the run, or for that matter, is the cat-and-mouse game he is engaged with the smooth Captain Drey (James D’Arcy) and dogged Corp. Willis (co-writer Celyn Jones) particularly credible too.

Not surprisingly therefore, those looking for an intriguing peek into the halls of the Augusta Victoria College will be disappointed, with only the occasional nuggets of pedagogy (like how Miss Keller draw analogies around bees and wasps to alligators and crocodiles to Gentiles and Jews) reasonably fascinating. That said, Goddard, who cut his teeth in TV on episodes of ‘Torchwood’ and ‘Downtown Abbey’, keeps the pace sufficiently engaging from start to finish, as long as you are prepared to suspend your disbelief and go along with the spy plot.

It should also be said that ‘Six Minutes to Midnight’ was clearly filmed on a lean budget, so you should set your expectations right before stepping into the movie. And while you’re at it, you should also forget about this being an intelligent exploration of individual, cultural and national loyalty, which admittedly the first act does tease. Like we said at the start, this is through and through an old-school British spy thriller, and on that count, it is packed with sufficient twists to keep you satisfied..

(A solid, though unspectacular, spy thriller that is as old-school British as it gets) 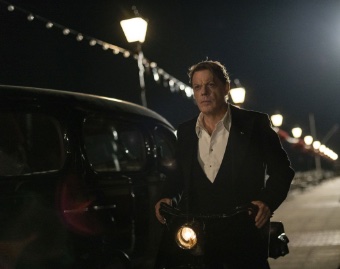 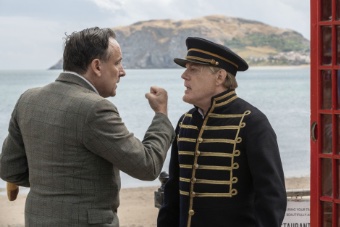 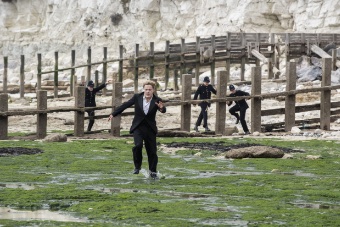 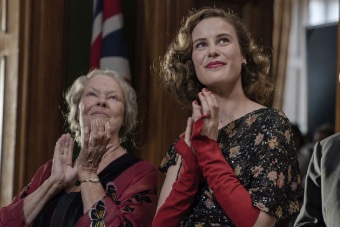 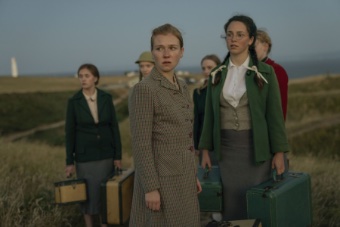