Synopsis: Liu Yue Ping (Chrissie Chau) reports to the ICAC about a rich 2G Cao Yuen Yuen (Raymond Lam) who bribed officers of the Hong Kong Correctional Services (HKCS) from inside the prison. William Luk (Louis Koo) decides to infiltrate the prison as an inmate to conduct his investigation, while his partner Ching Tak Ming (Kevin Cheng) and Chief Inspector Lau Po Keung (Julian Cheung) back him up from the outside. Danger springs from all directions inside the prison. A fellow inmate, ex-Superintendent of Police Wong Man Ban is anxious to even the score with William Luk for putting him behind bars 5 years ago. The Superintendent of the prison, Sham Kwok Keung (Patrick Tam) is on the take from Cao Yuen Yuen and turns a blind eye to the constant gang fights, one of which landed William Luk in a custodian ward. With the help of a slick cell mate Wong Lam Luk (Louis Cheung), William Luk is determined to complete his mission...

Not content that their anti-corruption ‘Storm’ series end on a scornful note (try keeping your face straight while saying ‘P Storm’ five times), director David Lam and producer Raymond Wong have already announced plans for a fifth instalment titled ‘G Storm’. That about describes how much they care whether you like this prison-based chapter or not, which while unlikely to win over new fans to the franchise, still packs just enough chaotic momentum and sheer star power to deliver a mildly engaging but utterly forgettable time in the cinema.

Those who have seen any of the previous movies will certainly be familiar with the strengths and shortcomings of Lam’s economical filmmaking. So as to distract his audience from the narrative deficiencies, Lam throws many moving parts at you at the same time, without caring so much if they even cohere. Neither for that matter does he bother to set up each scene properly, relying instead on the frenetic storytelling to sustain your interest. That these ‘Storm’ films have however turned out at least watchable is in large part credit to the solid cast he has assembled – including Louis Koo, Julian Cheung, Lam Ka Tung and Kevin Cheng – who make the best out of their often wholly under-developed roles.

Both for better and for worse, ‘P Storm’ boasts exactly those same traits. The plot is just as busy as its predecessors – chiefly, there is ICAC Principal Investigator William Luk’s (Koo) going undercover at Chek O Prison to investigate the corruption within, which the rich 2G Cao Yuen Yuen (Lam) is exploiting to carry on his dirty deeds from behind bars; then there is the enmity between William and former police superintendent Wong Man Bun (Lam), arising from the former apprehending the latter in the first movie (i.e. ‘Z Storm’); and there is also the bitter rivalry between Bun and Yuen Yuen, both of whom are vying to be the prison kingpin; and last but not least, there is a late addition involving Yuen’s wealthy parents, both of whom are under investigation by the Chinese authorities on suspicion of money laundering.

And once again, the pace is frantic from start to finish, flitting from scene to scene with little attention to build-up or continuity. One moment William is fighting off Wong and his men in the shower; the next William is out in the yard observing Yuen bribing one of the prison guards; and then the next, William is standing up for Yuen against Wong in a bid to get into the former’s good graces. Oh yes, it isn’t easy juggling so many subplots simultaneously, and Lam’s technique is simply to lurch from one to another in fits and starts, before culminating in a showdown that conveniently brings together all the various players together in one setting, so as to tie up whatever loose ends in one fell swoop.

But perhaps even more frustrating is Lam’s insistence on showing the obvious, rather than trusting his audience to make their own inferences or deductions. That tendency results in several brief and largely redundant scenes, whether of Ching meeting the Commissioner of Prisons (Shek Sau) to pass some information along, or of Ching being made to foot the bill of an expensive steamboat meal Luk had just before passing something along from William. The most annoying instance of this is at the climax, which sees what is supposed to be an intense shootout between Yuen’s gang and a group of ICAC officers within the confines of an ICAC safe house being interrupted by an unnecessary scene of how Yuen had coerced Sham earlier into letting him out of prison one day before his parole.

To Lam’s credit, the action in this instalment is a lot bolder than what we have seen in the last three movies. The showpiece is of course a mid-air helicopter fight between Ching and Yuen, which has also been featured prominently in the trailer. It’s no ‘Mission Impossible: Fallout’, but action director Tony Ling Chi Wai does a competent enough job for it to be a thrilling finish. The close-quarter prison brawls are also fairly well-choreographed, including the aforementioned one in the shower, and another where William comes to Yuen’s aid when he is ambushed by Wong and his men. Compliments too to the cast, with special mention to Koo, who had to brave through his cervical spine condition to pull off the more intense stunt work.

Measured against the earlier instalments, ‘P Storm’ ranks second-best to ‘L Storm’, which packed a tighter narrative and was therefore generally more exciting. Yet for fans who grew to embrace the franchise with ‘Z Storm’ and ‘S Storm’, this latest is still significantly better than those earlier chapters that Lam both wrote and directed, and by those standards would probably be deemed to be an enjoyable and entertaining enough entry. Make no mistake, it still is not much better than your average TVB drama, but at least unlike the first two ‘Storms’, you probably won’t dismiss it as being bad as P.

(As flawed and economically entertaining as the 'Storm' series has been, this fourth chapter ranks second-best in the franchise, powered less by good storytelling than star power and sheer chaotic momentum) 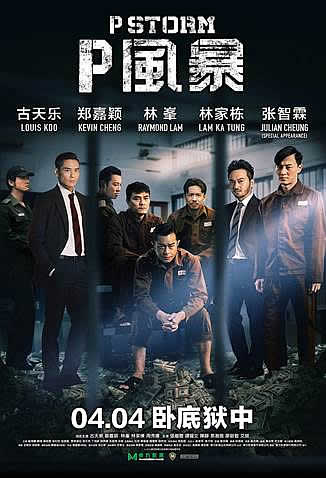 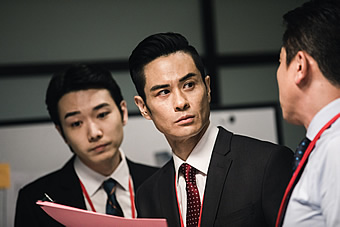 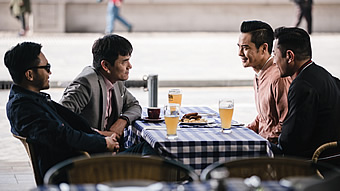 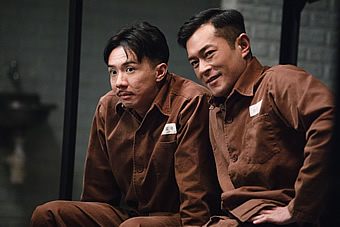 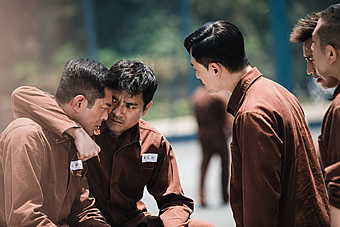 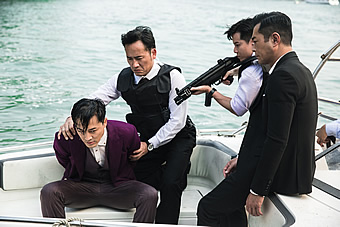 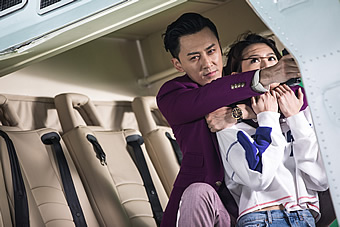