Madison is paralyzed by shocking visions of grisly murders, and her torment worsens as she discovers that these waking dreams are in fact terrifying realities.

‘Malignant’ is touted as James Wan’s return to horror in between the big-budget journeys to Atlantis with a certain Aquaman. But those expecting the sort of tightly wound thrills of ‘The Conjuring’ and ‘Insidious’ will probably be surprised by what Wan had decided to conjure as a return to his B-horror movie roots.

The prologue introduces us to a mysterious, grotesque, but largely unseen figure dubbed ‘Gabriel’ at a sanitarium back in 1993, which has brutally killed several staff members and whom a certain Dr Florence Weaver (Jacqueline McKenzie) finally manages to subdue. Amidst some cheesy lines of dialogue, we learn that Gabriel is able to project his thoughts via electrical signals, before Dr Weaver proclaims ‘it’s time to cut out the cancer’.

Fast forward to present day, where our protagonist Madison (Annabelle Wallis) comes home one day from work feeling unwell to a good-for-nothing abusive husband Derek (Jake Abel). Well into her fourth pregnancy after suffering three previous miscarriages, Madison gets into a heated argument with Derek, and suffers a head injury after he slams her head against the wall. That very night, Derek is killed by a shadowy marionette-like figure, which appears to chase Madison around the house until she is knocked unconscious.

Madison awakens to find out that she has lost her pregnancy, but finds comfort in her reunion with her younger sister Sydney (Maddie Hanson) whom Derek had kept her away from to hide his abuse. Not long after, Madison is haunted by visions of the same spindly figure, who not only seems to be stalking her but also murdering persons whom she cannot quite recognise in shockingly brutal ways. Turns out that these visions aren’t just nightmares; as the two detectives Kekoa Shaw (George Young) and Regina Moss (Michole Briana White) soon discover, they reflect actual murders being committed on persons in and around Seattle.

How is Madison connected to the killer? How are these murders connected to one another? Is Madison in fact the killer herself? At first, Wan, who devised the story with his wife Ingrid Bisu (lead actress of ‘The Nun’) and screenwriter Akela Cooper, seems to throw out one conventional turn after another to bring the various spinning pieces into coherence; and indeed, it should come as little surprise that these victims are related to each other, as well as to Madison, or that Madison is in fact intimately linked to what we had witnessed at the Simion Research Hospital many years ago.

These revelations are no spoilers compared to the final act, which answers how Madison and Gabriel are connected in jaw-dropping fashion. Not to worry, we will let you discover the audacious twist all by yourself; but suffice to say that it has been quite a while since we were this blown away. It is like nothing we’ve ever seen from Wan, yet something so bonkers which so turns the film on its ear that we’re sure will have horror fans christening it into an instant genre classic.

More than we’ve ever seen him do so, ‘Malignant’ finds Wan at his most gleefully untethered, having a sheer blast trying his hand at the sort of body-horror pictures which Dario Argento and David Cronenberg were known for. In particular, Wan devises two brilliantly violent sequences filmed largely in continuous takes with his Steadicam zipping around the setting, which form part of a ludicrously gory extended climax filled with outrageous action and violence. It is all done in utter pulpy fun all right, and those who go in looking for some blood-splattered fun will be thoroughly satisfied by Wan’s gleefully executed conclusion.

Like he was in ‘The Conjuring’ with Patrick Wilson and Vera Farmiga, Wan is aided here by the English actress Wallis. As Madison, she portrays a keen vulnerability that believably transforms into something else altogether. Wan finds the right breadth of performances here, ranging from Wallis playing it straight to Briana White’s ‘you gotta be kidding me with this shit’; even as it is perched delicately on caricature, Wan never lets the acting slip into tongue-in-cheek knowingness, holding his movie on a razor’s edge from being a laugh riot.

And as before therefore, Wan’s command of tone and form is excellent. This is not the ‘haunted house’ movie he’s already done before, or the sort of gross-out detective thriller that he started out with; rather, ‘Malignant’ finds Wan ambitiously stitching together an original creation from a patchwork of genre inspirations, building to a stupefying finale that needs to be seen to be experienced and enjoyed. We’re sure ‘Malignant’ will prove divisive for mainstream audiences, but we found ourselves awe-struck by Wan’s boldness, commitment and confidence, and when this eventually becomes a genre classic, don’t say we didn’t tell you so before.

(Returning to his B-horror movie roots, 'Malignant' finds James Wan at his most gleefully unhinged, concocting an audaciously pulpy original filled with outrageous action and violence) 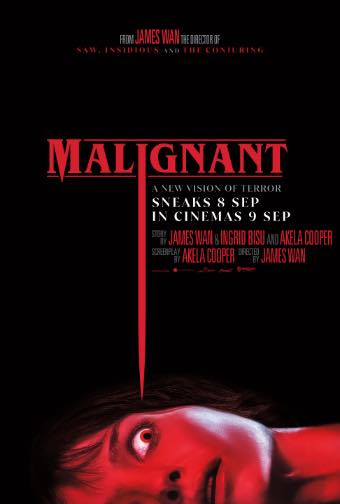 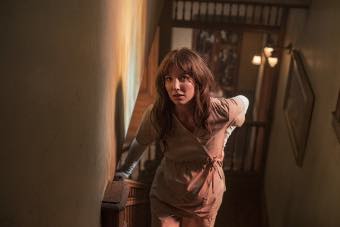 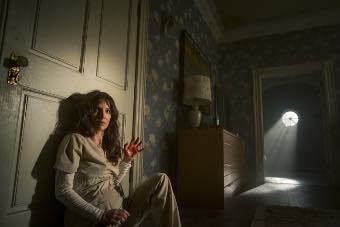 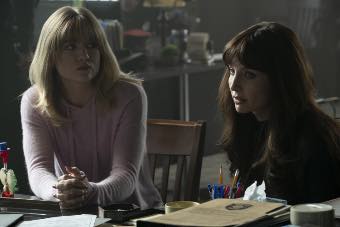