Synopsis: Reprising their roles, Oscar nominee Vera Farmiga (“Up In the Air,” TV’s “Bates Motel”) and Patrick Wilson (the “Insidious” films), star as Lorraine and Ed Warren, who, in one of their most terrifying paranormal investigations, travel to north London to help a single mother raising four children alone in a house plagued by malicious spirits.

This writer would like to confess: he doesn’t remember much about what happened in James Wan’s The Conjuring, a horror movie that took the world by storm three years ago. Blame it on his bad memory, or the speed of new things happening if you will, but all he recalls about the movie was that it was a critical and box office hit.

What he remembers though, is the famous “Hide and Clap” scene (go search for it online to find out why it will be remembered as one of the most effective horror scenes in movie history). Hence, the question is, does this sequel live up to its predecessor’s standards? What new scares are in store for viewers who have a strange desire for paying to scare themselves silly in the dark and cold theatre? How tightly will you be grabbing on to your movie partner’s hand when a mysterious black figure whooshes past in the background?

Based on actual reported events from 1977 till 1979 in England, this movie’s plot focuses on the Enfield Poltergeist Haunting, which is one of the most documented supernatural cases in history. Ed and Lorraine Warren (Patrick Wilson and Vera Farmiga reprising their roles in excellent form) have spent their lives investigating paranormal events, but how ready are they for this one, especially with fatigue and cynicism setting in?

In England, Peggy Hodgson (Frances O’Connor, who has aged quite a bit, probably thanks to good makeup), a single mother, reports suspicious activities in her home. Peggy’s daughter, Janet (Madison Wolfe), has been suffering from nightly terrors, which witnessed by her terrified siblings. There seems to be a malicious supernatural presence communicating through the young girl. Ed and Lorrainearrive and work to free the young girl – but is there a twist to all these?

Running at 133 minutes, this writer’s first thoughts were: must this horror movie really need to be this long, stretching past two hours? Well, let’s just be assured that Wan, a Malaysian born filmmaker still has what it takes to scare you. Having helmed Saw (2004), Insidious (2011) and its 2013 sequel, the 39 year old director still manages to deliver. You will love his signature old school method of creeping you out. Driven by a foreboding sense of atmospheric gloom, Wan uses basic elements like lighting, sounds and limited special effects (the use of CGI to create a “Crooked Man” is strangely out of place in this sequel though), and the horror is effectively delivered on a multitude of levels.

Above all these, the film’s heart remains the relationship between the two protagonists. The two love and care for each other, and regardless of whether viewers believe in their powers, you can are truly moved by Ed’s concern for his wife, so Lorraine’s worry when she says her premonitions are warning her away from this case. This is similar to any couple’s dynamics in this day and age.

Another important question that will probably come to your mind: is there going to be third sequel? Without giving away too much of the plot, let’s just say that if it has to happen, we hope that Wan will take on directing role, and not let it to be another unfortunate project like 2014’s Annabelle.

(Horror fans will be pleased) 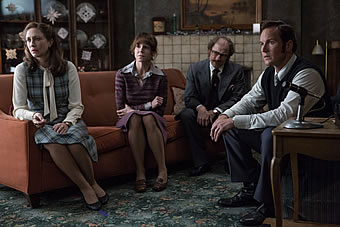 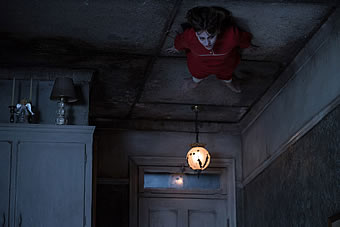 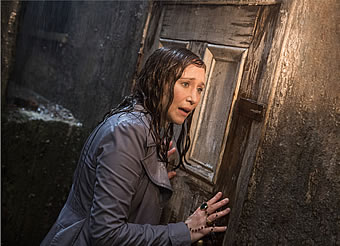 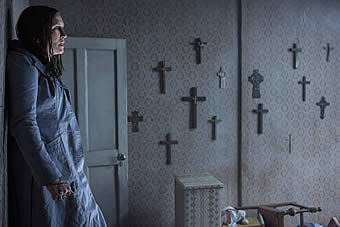 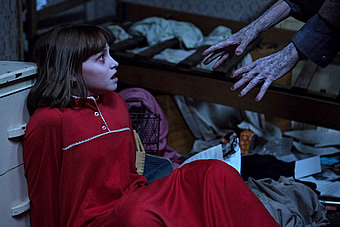