Synopsis: Charlotte Field (Charlize Theron) is one of the most influential women in the world. Smart, sophisticated, and accomplished, she’s a powerhouse diplomat with a talent for…well, mostly everything. Fred Flarsky (Seth Rogen) is a gifted and free-spirited journalist with an affinity for trouble. The two have nothing in common, except that she was his babysitter and first crush. When Fred unexpectedly reconnects with Charlotte, he charms her with his self-deprecating humour and his memories of her youthful idealism. As she prepares to make a run for the Presidency, Charlotte impulsively hires Fred as her speechwriter, much to the dismay of her trusted advisors. A fish out of water on Charlotte’s elite team, Fred is unprepared for her glamorous lifestyle in the limelight. However, sparks fly as their unmistakable chemistry leads to a round-the-world romance and a series of unexpected and dangerous incidents.

Would you imagine the sexy, stunning and splendid Charlize Theron hooking up with the shambolic, schlubby and self-deprecating Seth Rogen? As absurd as that may sound, both Rogen and Theron want you to believe that it isn’t as impossible; and thanks to their effortless chemistry, you probably won’t need any further persuasion to be won over. Oh yes, next to each other, what may have seemed a contradictory pairing is indeed a complementary one, with Rogen’s shaggy humour perfectly matched with Theron’s confidence, elegance and poise.

As conceived by ‘The Interview’ scribe Dan Sterling (yes, the movie which North Korea took offense to and then leaked) and ‘The Post’ co-writer Liz Hannah, their unlikely coupling happens against the backdrop of US politics, which as any casual observer of foreign affairs will tell you, is as dysfunctional as it gets today. It therefore isn’t just coincidence that the President here (a wonderfully deadpan Bob Odenkirk) is a former TV star who cannot wait to trade his role as leader of the free world for a career in movies, or for that matter, that the aspiring candidate waiting in the wings to take his place is a female Secretary of State.

The latter individual is Theron’s Charlotte Field, who has planned a worldwide tour to push her climate change agenda under the ambitious Global Rehabilitation Initiative just before she formally announces her presidential candidacy. To boost her chances, she’s even hired a consultancy firm to analyse her public image, with said consultant (Lisa Kudrow in a scene-stealing cameo) advising her to work on her sense of humour. Ostensibly, that is the reason she’s decided to hire the iconoclastic (and currently unemployed) journalist Fred Flarsky (Rogen) to punch up her speeches, much to the chagrin of her aides Maggie (June Diane Raphael) and Tom (Ravi Patel).

Thanks to his best friend Lance (O’Shea Jackson Jr.), Fred scores invites to an upscale Manhattan fundraiser where Boyz II Men are scheduled to perform, and it is there that he meets – or shall we say, is reunited with – Charlotte. Turns out that Charlotte had been Fred’s babysitter when he was 13 years ago, but their encounter then ended abruptly when Charlotte’s boyfriend caught Fred having a boner while exchanging an impromptu kiss. Whether out of admiration of her political convictions or out of his own boyhood crush on her, Fred agrees to be Charlotte’s speechwriter, thus setting the stage for him to get to know her better on the premise of injecting some heartfelt real-life anecdotes into her speeches.

This being a rom-com after all, you’ll be expecting sparks to fly between Fred and Charlotte; and to everyone’s credit, the romance is handled with just the right balance of sweetness and zaniness. You’ll go ‘aw-shucks’ when the couple sneak into a backroom during a posh party in Argentina to slow-dance to ‘It Must Have Been Love’. You’ll be laughing out loud when an obviously high Charlotte is whisked into a situation room to resolve an unexpected diplomatic crisis, which she eventually defuses with a surprising dose of undiplomatic honesty. You’ll root for them to be together all right simply because Rogen and Theron portray an attraction so winning you’ll find yourself instantly cheering for them.

As familiar as the setup and execution may be, both Rogen and Theron work their parts like absolute pros. Instead of simply rehashing his signature mix of modesty and indignation, Rogen opts for a less rambunctious variation of that persona, and hence comes off more earnest and endearing. Theron, on the other hand, exudes her unique brand of dignity and gracefulness, but in the film’s more lunatic moments, demonstrates a heretofore unseen gift for raunchy screwball comedy. Like we said at the start, they complement each other more beautifully than you’d be able to imagine, so much so that we’re willing to buy into some alternate version of the world where she becomes Mrs President and he is her First Gentleman.

Though the entire premise requires a significant degree of suspension of disbelief, it is yet another thing altogether for the movie to tip itself into parody; and in that regard, Levine deserves credit for keeping it all in check. Even as it takes aim at say the current reality TV star in the White House, or Fox News head honcho Rupert Murdoch (in the form of Andy Serkis’ bigoted media mogul Parker Wembley), or even Canadian Prime Minister/ Internet boyfriend Justin Trudeau (Alexander Skarsgard, relishing the opportunity to completely ham it up with a ridiculous French accent), the film knows better than to become its own laughing stock, and even sneaks in a surprisingly sharp critique of the biases that supporters on both sides of the political divide are guilty of.

But in all fairness, ‘Long Shot’ is meant as a rom-com first and political commentary second, which is why you’ll probably remember the physical comedy, coarse sex jokes and pleasantly charming romance more than you would the references to Trump, Murdoch or Trudeau. This is ultimately an ‘opposites attract’ story, far-fetched to say the least but delightfully performed by Rogen and Theron. The beauty in watching their characters come together is precisely in how different yet complementary they are, and is both hilarious and heartwarming to watch. It’s a long shot surely, but that’s also why when it works as well as it does here, we cannot help but fall in love with it.

(Pitched perfectly between raunchy and romantic, 'Long Shot' has a winning propositiion in the seemingly contradictory but absolutely complementary pairing of Seth Rogen and Charlize Theron) 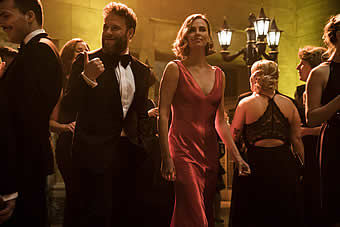 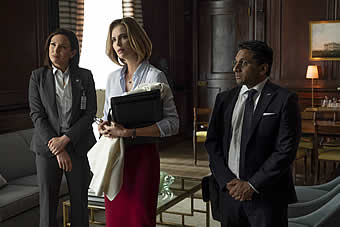 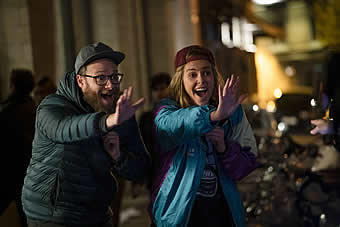 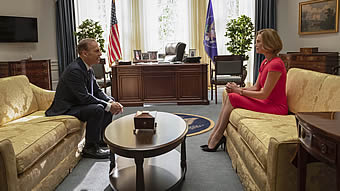 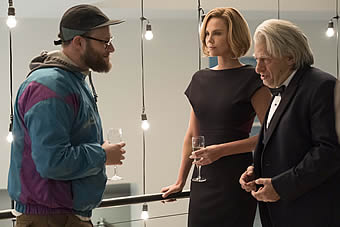 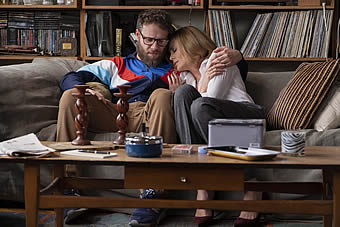