Synopsis: Seth Rogen, Zac Efron and Rose Byrne lead the cast of "Neighbors", a comedy about a young couple suffering from arrested development who are forced to live next to a fraternity house after the birth of their newborn baby.

The year was 2006 – street cred wasn’t the first thing you’d associate us with if we told you we were fans of High School Musical. The Disney Channel TV movie was a fine example of a guilty pleasure. We couldn’t stop listening to the soundtrack, singing along to stars Zac Efron and Vanessa Hudgens’ duet “Breaking Free”. The successful hit made stars out of the former real life couple. Two sequels followed, the two broke up and life happened. While Hudgens wasn’t at fortunate, Efron went on to, well, win a Best Shirtless Performance at the recent MTV Movie Awards.

Yay? The 26 year old actor embodies the term “guilty pleasure” (for female viewers at least). And that was why we thought this Nicholas Stoller directed comedy might turn out to be a bland concoction of a few chuckle worthy jokes. How wickedly hilarious can a movie starring Efron be, considering the fact that there may be market considerations of pleasing his fans?

We should have known seeing how Stoller’s past works include the equally raunchy Forgetting Sarah Marshall (2008), Get Him to the Greek (2010) and The Five Year Engagement (2012). The English American filmmaker is also known for his writing credits in comedies like Yes Man (2008), The Muppets (2011) and its recent sequel Muppets Most Wanted. No pretty boy is going to stop him from making a fun comedy which has been absent from the cineplexes for a while.

Efron plays the leader of Delta Psi, a fraternity known for their outrageous parties. When a young couple moves in next door, little do they know they are in for a life changing experience. With Seth Rogen on board to come head on with Efron in a battle of, well, many things, you can expect an outrageous barrel of laughs that will keep you adequately entertained throughout the movie’s 100 minute duration.

The cast also includes Dave Franco (21 Jump Street, Now You See Me), Christopher Mintz Plasse (Kick Ass, Pitch Perfect) and MADtv funnyman Ike Barinholtz, all of them leaving us chortling with different gags. As for Efron, let’s just say he has left an impression with us with his portrayal of a teenager who’s hanging on to his “best years” behind (ditch those sappy chick flicks like Charlie St Cloud and The Lucky One, dude). We were actually moved by the themes explored in the movie. When the movie ends with the shirtless Efron and Rogen outside an Abercrombie & Fitch store, we were left pondering where life has taken us. Do we really have to choose between a drool worthy six pack bod and a flabby beer belly?

(To our surprise, there is quite a bit of heart in this f***in’ hilarious comedy) 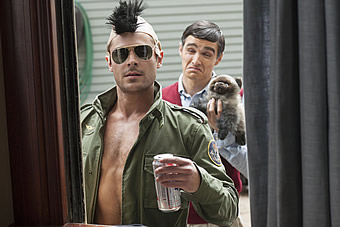 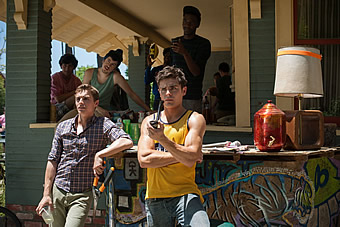 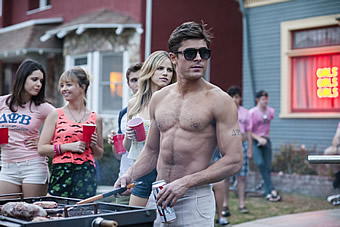 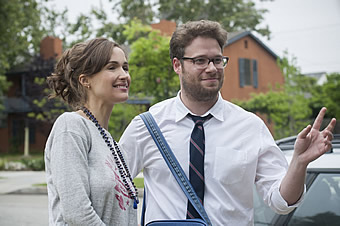