Synopsis: When a juror on a high-profile case learns that his daughter has been mysteriously kidnapped, he is forced to decide whether to use his special skills to influence the case as the kidnappers demand.

Nick Cheung’s latest sees him play a top psychologist named Xu Lisheng, but if you’re expecting the movie to be a psychological thriller, you’ll probably be sorely disappointed; indeed, the psychology here only goes as far as to whether Dr Xu would use his methods of hypnosis on his fellow jurors sequestered in a room to deliberate their judgment of a teenage girl standing trial in a high-profile murder case.

The said defendant (Aimee) has been accused of killing her uncle on board a yacht to inherit the Lin family fortune of HK$8 billion dollars, as well as to take over the lucrative family business, and a group of seven jurors, including Dr Xu, has been convened to assess the facts of the case. Given how Dr Xu is being blackmailed by his daughter’s kidnappers to have the jury deliver a guilty verdict, it should not be any surprise as to whether the defendant is indeed innocent as she claims.

Without giving too much away, let’s just say that Dr Xu’s kidnappers had engaged a crooked cop Deng-sir (Cheung Siu-fai) to coordinate the blackmail – and besides rigging the room to make sure that Dr Xu follows their orders, Deng-sir is also responsible for coordinating the kidnapping with two other henchmen in order to prevent Dr Xu’s brother-in-law Yang Kai (Zhang Han) from rescuing her before Dr Xu does their dirty deed.

That subplot with Yang Kai and his former PLA platoon mate Zheng is engineered just in case you get bored with the courtroom shenanigans, which veteran choreographer Chin Kar-lok barely justifies his paycheck with three unimaginative action sequences – including a vehicular chase that barely raises your pulse, a hide-and-seek in a warehouse filled with barrels of flammable material, and a rooftop fight involving a helicopter dangling over the edge of a skyscraper. Oh yes, if you’re looking for Zhang to wow as he did as in ‘Wolf Warrior 2’, you’re probably better off revisiting that movie.

Yet it’s not difficult to understand why the writing-directing trio of Lai Siu Kwan, Sze Pak Lam and Liu Yongtai decided to throw in a superfluous subplot in order to juice up the proceedings. After all, the mind games which Dr Xu unleashes upon his fellow jurors, centred upon the personal weaknesses of his fellow jurors, are in fact pretty mild – including the wheelchair-bound Fang (Cecilia So) holding a grudge against the defendant’s cocky lawyer (Felix Lok), the nervous May (Jo Koo) who is on the hook for billions of the Lin company’s stock, and the chief juror Liang (Kent Cheng) with a terminally ill teenage daughter.

One by one, Dr Xu plans an aside with each of them to put them under his spell, with only the eagle-eyed Chen (Babyjohn Choi) vigilant enough to realise that Dr Xu has been plotting something; yet even that kink is over all too soon, draining what suspense there may be from the potentially intriguing complication. Given how the corrupt Deng-sir had set Dr Xu a deadline of 90 mins to work his magic, you can almost predict how Dr Xu will go from juror to juror until he is able to get a clear majority to vote guilty, and the all-too straightforward scripting ultimately misses out plenty of opportunities to inject more tension and drama into the narrative.

What the movie lacks in plot, it similarly lacks in character. Cheung sleepwalks through an otherwise underwritten lead character, hardly bothering even to muster much genuine anxiety even as the clock is ticking and his daughter’s life is on the line. The rest of the supporting ensemble are also given little to work with, what with each given only that one or two defining traits which Dr Xu exploits, but the cast of mostly Hong Kong cinema veterans – besides those we’ve mentioned, there’s also Elaine Jin and Li Shangzheng – make the best of what they are given.

And by being utterly mediocre, ‘Guilt by Design’ ends up being bland and even dull. For a movie that lasts 90 minutes, it certainly feels much longer, and that is partly due to the uneven pacing which wastes a good half hour leisurely setting up the background of the court case as well as Dr Xu’s own personal life. This being the first feature-length film of all but one of the writer-directors, these flaws are somewhat understandable; and yet, we wished that they had spent more time scripting a more compelling story in the first place, even done more research on the psychology of hypnosis itself, before assembling this movie on set and (clearly) in the editing room as well. Like we said, this isn’t some gripping psychological thriller, but the even more fundamental crime it is guilty of is that it isn’t even gripping, period. 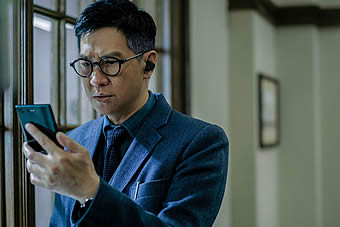 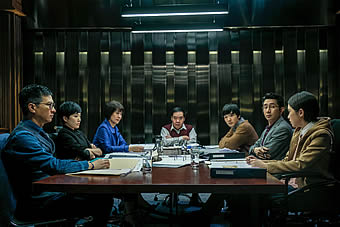 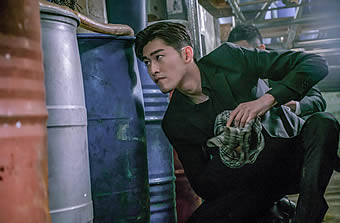 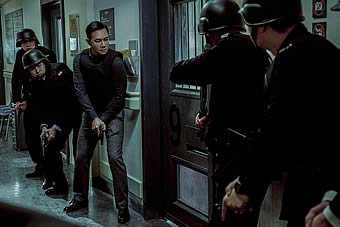 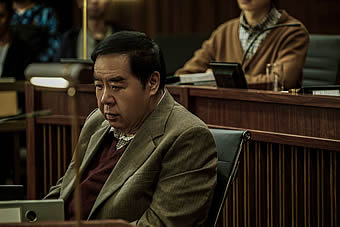