Synopsis: GONE GIRL – directed by David Fincher and based upon the global bestseller by Gillian Flynn – unearths the secrets at the heart of a modern marriage. On the occasion of his fifth wedding anniversary, Nick Dunne (Ben Affleck) reports that his beautiful wife, Amy (Rosamund Pike), has gone missing. Under pressure from the police and a growing media frenzy, Nick’s portrait of a blissful union begins to crumble. Soon his lies, deceits and strange behavior have everyone asking the same dark question: Did Nick Dunne kill his wife?

No one - and nothing - is what it seems in ‘Gone Girl’, a multi-layered suspense thriller which first tantalised in prose form from novelist Gillian Flynn and that has now been realised for the big screen by none other than auteur David Fincher. Yes, those who have read the novel will probably be eager to reveal its twists and turns - particularly one in the middle of the story that changes your entire perspective of the proceedings - but you’ll do yourself a favour not to pre-empt the experience of encountering this gripping mystery on your own.

Here’s what you probably already know - on the day of his fifth wedding anniversary, Nick Dunne (Ben Affleck) goes to the bar he owns, has a drink, and returns home to find his wife Amy (Rosamund Pike) missing. All signs point to an invasion; the front door is open, a glass table has been overturned and smashed, and there are spots of blood around the house. Assigned to the ‘missing persons’ case is detective Rhonda Boney (Kim Dickens) and Jim Gilpin (Patrick Fugit), but even though they harbour suspicion of Nick’s culpability, it isn’t them that Nick has to worry about.

Because Amy is the inspiration for a popular series of children’s books named ‘Amazing Amy’ penned by her psychologist parents, her disappearance instantly becomes fodder for tabloid media. Nick is criticised for looking less distraught than he ought to be. The neighbour who claims to be close friends with Amy starts going on national TV talking about their marital woes. It doesn’t help that Nick isn’t likeable in his own right - he is a laid-off New York movie magazine writer whose only business was funded from his wife’s trust fund - and as more details emerge of his financial troubles and domestic disputes, he is instantly fingered by the court of public opinion as the prime suspect for her disappearance.

Like the book, the first hour unfolds in two parallel and separate tracks. The first takes place in the present day and covers pretty much what we had described in the preceding para, while the second goes back in time to recount Nick and Amy’s courtship and marriage as related and narrated by Amy in her diary. The next hour and beyond however becomes quite something else, but there isn’t any more we can say without giving something crucial away; suffices for those who have read the novel to know that Flynn, who adapted and reconfigured her story for the screen, unfurls the narrative in the fractured way to let you in on just what happened to TV’s Golden Girl.

What is perhaps more significant is the fact that Flynn has managed to preserve all the elements which made her book so critically acclaimed and enormously popular at the same time. On one hand, it is a study into a marriage that has broken down, where sex is less making love than satisfying carnal desires, where conversations have turned to silence, and where distance has taken the place of intimacy. On the other, it is a damning critique on today’s television news media, both in its insatiable appetite for gossip and half-truths as well as its glaring absence of any journalistic ethics like truth and objectivity. Flynn’s novel was extraordinary in its varied textures, and her screenplay loses none of that brilliance.

Even as it is an astute - and we may add, excoriating - examination of institutions under stress, it is also a keen character study of two vastly different individuals. Nick may seem the blander character next to Amy, but both are written such that they are perfectly mismatched. And here is where casting plays a big part - Affleck, with his likeable Joe shtick, hits the right note as an affable guy whom you suspect is hiding something beneath a thin veil of concealment; while Pike is truly a revelation portraying a woman who looks serenely cool on the outside and yet manipulative and calculating on the inside. Both Affleck and Pike are smartly cast, and it is no coincidence that both actors are being mentioned for the top acting awards at next year’s Oscars.

And while we are talking about the acting, the exceptional casting choices don’t just stop there. Broadway actress Carrie Coon is masterful as Nick’s wry and compulsively honest twin sister and soulmate, while Tyler Perry (yes, Madea himself) is magnetic playing the hotshot celebrity defense attorney Nick engages to turn the tide that is against him. What also surprised us was Neil Patrick Harris’ sublime turn as someone from Amy’s past who is rich, fastidious and just as twisted as our ‘gone girl’ herself. Anyone’s who seen a David Fincher film should come to accept nothing less from the performances, but it deserves to be said how everyone right down the line is so beautifully chosen.

Love him or hate him, there’s no denying that Fincher has done a magnificent job with the source material. As he had shown with ‘The Girl with the Dragon Tattoo’, Fincher knows just how to elevate a potboiler to get under his audience’s skin, and besides the central mystery, he finds deeper meaning in the twin contemporary social phenomenon of marriage and media. It may not be as overtly psychologically dark as ‘Se7en’ or ‘Fight Club’, but there’s no mistaking the darkly funny and sharply caustic tone which he captures with precision here - indeed, he has made a movie more twisted than the novel itself, even more cuttingly incisive in its examination of everyday sociopathology.

Fincher’s obsessive attention to detail is evident in every frame. Every shot by his cinematographer Jeff Cronenweth is lit and lensed to favour shadows and shallow focus to get your close attention. The score by Trent Reznor and Atticus Ross evokes a pervasively menacing atmosphere of dread and mistrust. And in retaining Flynn’s tricky dual-narrator format, Fincher is especially careful with the transitions from scene to scene, which never for a moment end up disjointed or confusing. He is the modern-day Hitchcock no less, and ‘Gone Girl’ is mesmerising to say the least.

Of course, fans of the book could rest easy the moment Fincher’s name was announced; his entire body of work speaks for how he could make this both an unsettling psychological thriller and a thoroughly captivating procedural. And yet what’s surprising is the dark and devilish humour with which he encourages with a cool and detached hand, guiding everything along at a mercurial pace with a distinctly mystifying mood, so whether you’re discovering the story for the first time or experiencing it again, you’ll find yourself hooked from start to finish.

(A class act in mystery, melodrama and social commentary, David Fincher’s adaptation of the Gillian Flynn novel is masterful in its own right, accompanied by brilliant performances from Ben Affleck and Rosamund Pike) 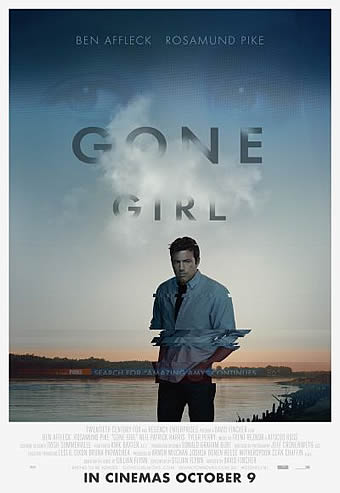 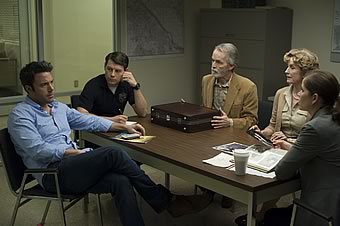 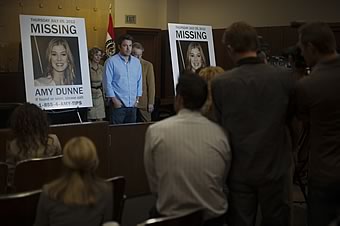 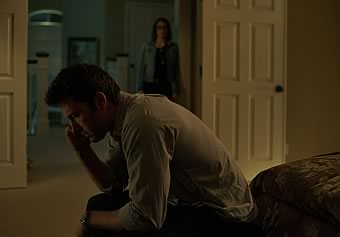 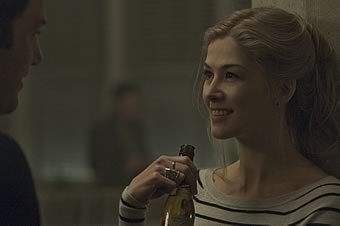 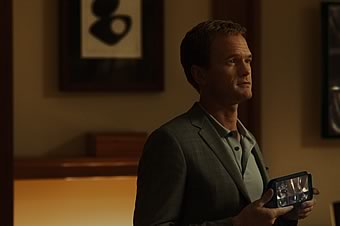 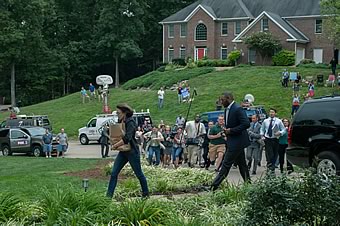 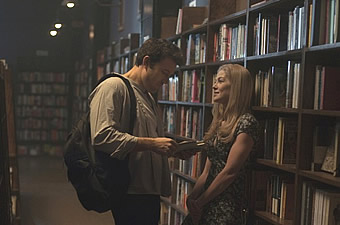 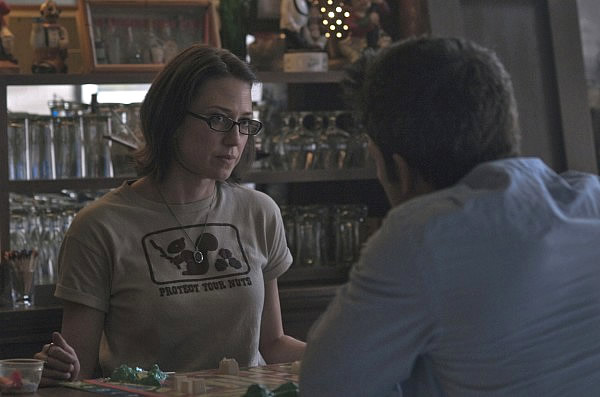