Synopsis: Based on Stieg Larsson's posthumously published crime thriller trilogy, "The Millennium Series." Describes the mystery surrounding the long-unsolved disappearance of an heiress. A journalist recently dinged by a libel case and a young female hacker try to resolve it, stirring up bundles of personal and industrial corruption along the way. Movie Review:

Why the venerable David Fincher would attempt a Hollywood remake of the first-rate Swedish thriller ‘The Girl with the Dragon Tattoo’ may seem perplexing at first, but just wait till you see what Fincher has brought to his adaptation of the popular Stieg Larsson pulp novel. Indeed, though Niels Arden Oplev's film may have been the first out of the gate, it is Fincher’s that proves to be the superior one, for the auteur’s return to twisted serial-killer territory is an even more heart-stopping, gripping and altogether exhilarating edge-of-your-seat movie than its predecessor.

As his work with ‘Se7en’ and ‘Zodiac’ will attest, Fincher is no stranger to dark, disturbing material, both of which dealt with acts of ghastly violence committed in grisly circumstances.  ‘Tattoo’ is no different; here is a bleak and brutal story of crime and punishment that features scenes of sadistic rape, twisted torture, and grotesque religiously-inclined murders. It is a tale of uncompromising savagery, and Fincher seems right at home, combining the lurid elements inherent within Larsson’s tale with the sharp procedural rigour of his earlier ‘Zodiac’.

Henrik is convinced that Harriet’s disappearance was an act of murder by a member of his sprawling family, which he describes as a collection of “thieves, misers, bullies, and basically the most detestable collection of people that you will ever meet”.  Enticed by Vanger’s reward of a hefty paycheck and payback against Wennerstrom down the road, Mikael moves into a cottage on Henrik’s vast estate and meets with his various family members under the guise of being tasked with writing their family biography- among them, Harriet’s brother Martin (Stellan Skarsgard) who has since taken over the family business from Henrik; as well as Harriet’s estranged cousin Anita (Joely Richardson) now staying in London.

Whereas the Swedish original wasted little time bringing together Mikael and the computer punk-goth genius Lisbeth Salander (Rooney Mara), Hollywood veteran screenwriter Steven Zaillian keeps them apart for pretty much the first half of the movie. The parallel narratives allow their audience to delve deeper into the Millennnium trilogy’s most compelling character, whose startling physical appearance (pale visage, multiple body piercings, and black Mohawk) is simply an extension of her troubled inner persona. That personality is amply expressed through two of the film’s most unsettling scenes- the first, a brutal rape by her legally assigned guardian Bjurman (Yorick van Wageningen); and the second, her coolly calculated act of revenge against Bjurman. If those scenes left you squirming the first time round, you may want to cover your eyes here, for Fincher stages them unflinchingly for maximum shock value.

Perhaps even more than Oplev managed to, Fincher evokes empathy from his audience for Lisbeth. It is no easy task- how does one identify with a teenage girl who lives on Happy Meals and caffeine and wears a T-shirt that reads “F**k You, You F**king F**k”? But beyond her tough-girl hard-as-nails exterior, Fincher guides Mara to tone down her character’s feral nature and draw out Lisbeth’s vulnerabilities. There is a fragility to Mara’s spellbinding portrayal of Lisbeth that is missing from Noomi Rapace’s in the original, so even though Mara doesn’t succeed in topping Rapace’s star-making turn, she too disappears just as convincingly into the role. It is a fearless turn that is alternately alluring and menacing and every bit as formidable, deserving of every accolade that the heretofore-supporting star has received in a breakout leading performance.

Mara also shares great rapport with her co-star Craig, and though both hold their own on their own, the film truly sizzles after the latter’s Mikael tracks her down to be his research assistant. Despite the sombreness of the material, Zaillian injects some brief moments of levity through Mikael and Lisbeth’s wry chemistry, bouncing theories off each other like offbeat detectives while sifting through Biblical clues and old photographs. Fincher has been infamous for being extremely meticulous in his filmmaking, and that discipline pays off with a crystal clarity he brings to the investigative procedural. More so than the original, there is both paceyness and coherence to the storytelling- with due credit to Zaillian for adroitly paring the excesses of the novel into a lean and efficient cinematic adaptation. Fans also need not worry about the liberty Zaillian has taken with Harriet’s fate- it makes perfect sense, and dare we say, may even be more logical than Larsson’s original conclusion.

Yet the ‘Millennium’ novels were never about some wealth industrialist and his fractious family, but rather the fascinating pop-culture character Lisbeth. And while getting to the truth of the mystery might have detracted somewhat from Lisbeth’s own tortured existence, Fincher restores the rightful focus in the film’s last 20 mins where she flies to be Switzerland and pretends to be Wennerstrom’s associate to entrap him and clear Mikael’s name. The epilogue rightfully emphasises Lisbeth’s connection to Mikael, a connection that is as close to love as she would understand, which of course sets the events in motion for the subsequent two instalments.

But if they come as good as Fincher’s work here, then the additional time Fincher requests from his audience is something we’re more than willing to give. After all, despite the almost two-and-a-half-hour duration, you’ll find yourself hooked the entire time, unable to pull yourself away from the arrestingly intense atmosphere permeating the whole movie. Assembling once again his ‘Social Network’ team- made up of composers Trent Reznor and Atticus Ross, cinematographer Jeff Cronenweth, as well as editors Kirk Baxter and Angus Wall- Fincher uses their considerable talents to construct a sense of forebodingness with a haunting score and evocative cinematography of the frosty Scandinavian landscape.

If there is one quibble, it is that the actors’ accents (English with a Swedish inflection) don’t always ring true- especially Craig, who thankfully drops his sometimes indecipherable Swedish intonation early on in the film in favour for a straight-out British one. And yes, it is but a minor flaw in an otherwise pitch-perfect thriller, where everything- from atmosphere to storytelling to casting to characterisation- is done to a T and coheres so flawlessly to create a taut, riveting and adrenaline-pumping movie experience. It’s not often we say this- but even if you’ve read the books, and seen the Swedish original, this superior first-rate Hollywood adaptation is a must-see.

(The rare Hollywood remake that’s even better than the Swedish original, this is a first-rate edge-of-your-seat thriller that’s exceedingly gripping from start to finish) 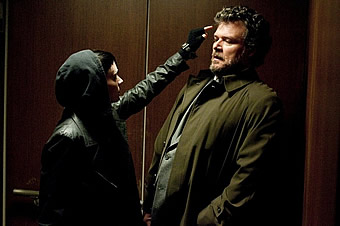 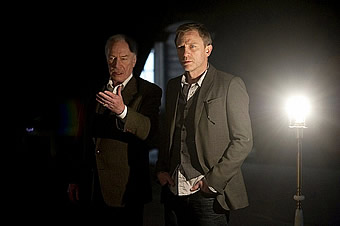