Synopsis: 15 years ago, an infamous serial killing case that left 10 women dead shook the nation. Now its statute of limitations is about to expire, and a member of the victim's family throws himself off a building in front of the detective Choi who is the primary detective on the case. 2 years later, a man named Lee Du-seok publishes a book titled “Confession of Murder”, claiming his responsibility for the murders that took place 17 years ago. His book becomes a huge success, making him an instant celebrity thanks to his beautiful façade and innate danger that is associated with his presence. Choi can only watch from the sidelines as his hands are tied, because Lee has been pardoned legally. The law has forgiven him, but even after the expiration of statute of limitations, the case is not yet over!

The latest Korean action-thriller to hit theatres in Singapore, 'Confession of Murder' is a gem of a film that can be compared to the likes of 'Old Boy' and 'Memories of Murder'.

At the heart of this movie is the tale of Detective Choi, whose quest is to capture the one thing that evades him. It’s a very human resolve and one that is particularly relatable to the people of our time. We’re not all cops searching for a suspect, but very much like Detective Choi, we have that one answer that we seek our entire lives and work hard to find out. The prevalence and influence of the media, plastic surgery, as well as blind devotion to a public figure have all been gracefully written into the script, and so surrounding that story is a context so rooted in reality that it could very well be our own daily lives.

The performances in this film are truly commendable, particularly those of the stuntmen for the deadly accurate excecution of the stunts. In particular, the main actors brilliantly brought in the subtle aspects of their characters, in order to bring humanity to a larger-than life drama, effectively giving a hook for the audience to relate to the movie on a deeper level.

There is also dark humor in the movie, which brings some levity into an otherwise dark world that the audience becomes immersed in. One almost feels guilty for laughing, which is a testament to the irony of the humor. What makes the situation on screen so humorous is how exceedingly close it is to what would happen if such a thing were to take place in real-life. Such a thing is almost never portrayed in films for the sake of cinematic impact- but by doing the opposite, 'Confession of Murder' turns itself into almost a satire and criticism of popular culture.

This is one film that defines ‘order in chaos’ and does so with a great deal of style. The makers of it have taken a complex plot and planned it out with such precision that even to the non-Korean speaking viewer, the story being told is clear and concise. There is no beating around the bush with this film. The pacing is just right such that Confession of Murder never loses the audience’s attention, and even at the most tumultuous times of this film (such as one of the many fast-paced dialogue exchanges), details are never lost. Even the action sequences have been tightly-choreographed in order to mould into the complex camera-work and it shows on screen as a beautiful and graceful wedding of skills from both cast and crew.

The twist at the end is also a reminder of what great cinema is and is capable of doing, i.e. shocking the audience by leaving out one aspect of the story and then revealing it at the end only to change the audience’s entire perspective of what has happened all along. It is making the audience feel like they should have known better. It also proves the uncomfortable truth that we are capable of being fooled, and that reality as we percieve it is often imperfect.

In this film, the peripeteia then leads to a startling climax which fulfils the purpose of every character in this film before moving down into a resolution which leaves no loose ends untied. Indeed, 'Confession of Murder' is a film indeed worth watching and a tale highly relevant to our celebrity-obsessed times.

(This is Korean cinema at its very best, an edge-of-your-seat thriller that brings you into the demented psychologies of seemingly ordinary individuals in everyday life) 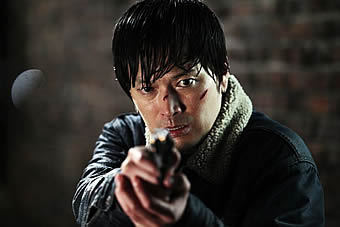 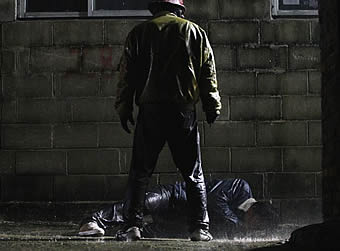 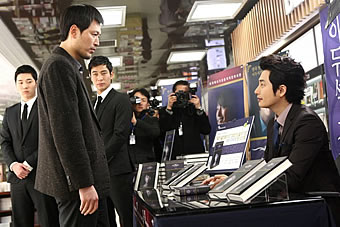 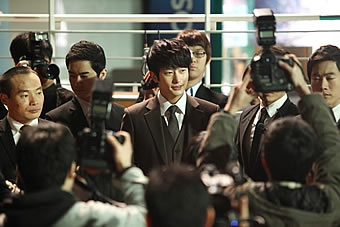