Synopsis: A desperate struggle of a radio DJ to save her loved ones. Sun-young is a popular radio DJ with a huge fan base for a movie-music program that is aired live at midnight. She is a perfectionist who has built a successful career for the past five years, but when her young daughter needs surgical operations overseas, the single-mom decides to quit. She prepares for her final show from song selections down to the smallest details. During the show, she receives a call from a listener named Dong-soo. He tells her that she must follow his orders while she hosts her live radio show, or her family’s live will be at stake, and threatens that she can’t tell anyone. Without knowing what he wants or why this is happening to her, she continues her 2-hour radio program as things start to get worse.

Remember back then when we had only our ears to the radio to thrill our senses, listening to the drama unfolding over the airwaves as voice actors spit out their scripts into the mic and entertained us all? Hearing the thrills unfold. Bu what if, one night, you hear an actual drama explode into the ears of your fans. One can only imagine the devastating feeling if you were the DJ coping to strike that balance of professionalism and actually trying to save your children from a certain horror that has set upon.

K-film has far more a tour de force riding on the notion of being the bad-ass cousin of revenge flick. Brutal, honest and severely mind-blowingly psychological, plotting of such pavement through it’s theaters has been an angst one and it quite often we see good products flying of of this side of the world. Then came along Midnight FM which totally brings you through the night a ride of your life. In a nutshell, Seon-Yeong Go, a DJ at a well known radio station has been brought down to horror when her last show before she leaves for greener pastures, has been taunted and horrified by a madman, threatening the lives of her beloved family. It’s a game of cat and mouse as the predator lashes out his claw live on air and that starts the mayhem that spirals down to breakdown. But she is no ordinary girl as she picks herself up and driven to save her children, it would seem the cat just messed with the wrong mouse.

Professional sweet face Su-Ae plays the confident, career driven radio DJ at the brink of exhaustion only to be pushed further down the rabbit hole when her weakness probed from her own popularity. Graceful and strong, it’s always a joy to watch such fragile looking female lead take the lead and carry her weight and pummel through the film, breaking the rule of society. But in all is fair, anyone who is thrown into such turmoil would defiantly do the impossible.

And who else is so be fitting into the role of an obsessed fan other than, Ji-tae Yu, most well known for cult classic like Old Boy, Lady Vengeance and Running Wild. Yet again, a role all too familiar but never grows tired, he plays a rather misunderstood character that mimics the vigilante of wiping out evil with evil (much like Jigsaw in the Saw series).

Bravo to the kids playing the children at the terror that rained upon them. Unlike other plotlines where the prey were the helpless ones, the scenes involving them are a gem to watch and can be it’s own thriller.

Helming the drive of Midnight FM, fresh director, Sang Man Kim, has managed to catch my eye on his good pacing throughout the story as it unfolds. The first sign of vandals defacing her car was a much clever way to signal of what is to come. Smooth transition and gentle turns makes this tension filled storyline more enjoyable as it escalates into the mind of madness but still attain a level of humanity at the characters without making them look like superheroes. Dare i say the story is almost Alfred Hitchcock-ian in terms of story in the flesh, I'll still hold on to that statement but it’s almost there. A near comparison of such would be comparing a favourite of mine, Nick of Time, starring Johnny Depp. Some my say, i love the concept of claustrophobic thrillers. With few locations and short time span, this makes full use of its resources and really concentrate on character building, pushing to it’s limit. It lets the story be center stage without the magician waving his hand to distract you.

(Full of tension and thrills, this is one late night talk show i wouldn’t mind staying up late for) 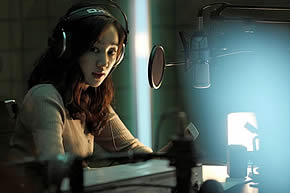 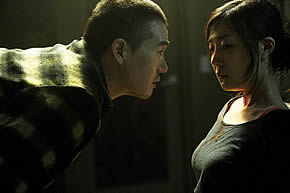 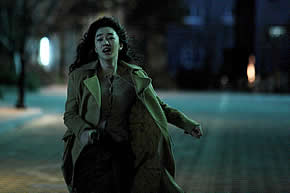 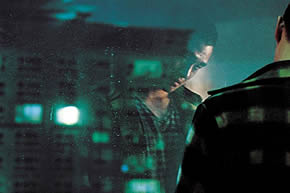