Synopsis: Before 1997, due to the ignorance of the British Administration of Hong Kong, the criminal genius Logan (Tony Leung) savages Hong Kong with a series of notorious crimes. He kidnaps the first sons of the Hong Kong regals, Li and Lui, ransoming a sum of over 2 billion dollars. In fear of the offenders avenging, the subjects promise not to report to the police after ransoming the hostages, which helps Logan and his team to get away. The police forces of Hong Kong and the Mainland are highly concerned about Logan’s case and send Sky (Louis Koo), a Hong Kong undercover to infiltrate into Logan’s gang. Sky is brave and intelligent. After various challenges, he manages to get close to Logan and performs his mission. However, Logan is very careful and cunning. Since no one has reported his crimes, the police cannot arrest him until his next move. After numerous probing, Sky discovers the identity of Logan’s next kidnap target. Sky believes he has already gained Logan’s trust, hence secretly contacts the police to plan their next move, only to realise it is just another test… At the end, can Sky save the hostage and bring Logan to justice?

The 2017 period gangster drama ‘Chasing the Dragon’ was Wong Jing’s biggest hit in recent years, so it was inevitable that he and co-director Jason Kwan would do a follow-up. But since the previous film had more or less covered the entire criminal exploits of its protagonist Crippled Ho, any sequel would probably have to find new subjects to add to the narrative. In the end, it seems that both directors have decided to start afresh, retaining the thematic similarity of basing their story on real-life infamous gangsters from the past, but otherwise changing the setting and its characters entirely.

So ‘Chasing the Dragon II’ is really a sequel only in-name, which explains why it doesn’t boast the return of its lead stars Donnie Yen and/or Andy Lau, and is instead headlined by Tony Leung Kar-Fai, Louis Koo, Simon Yam and Lam Ka-Tung. These four actors are esteemed in their own right, so in terms of acting/ performance alone, you could say they hold their own against their predecessors. Oh yes, even though these are roles that each one of them has played before in other films, there is sheer delight watching Leung chew up the scenery as the mercurial baddie, Koo keeping his cool as an undercover cop whose identity may or may not already be blown, Yam as Koo’s cool-headed supervisor, and Lam as Leung’s right-hand man who is playing both sides.

Instead of a decades-spanning storyline, Wong and his co-writers Lui Koon-nam and Chan Kin-hung keep the plotting to within two years of Hong Kong’s handover from British governance to Mainland Chinese rule. The voiceover narration informs us that, by the time we first meet Leung’s ‘Big Spender’ character Logan Long, he has already established notoriety for kidnapping the rich and threatening to blow them up if their family does not pay their ransom or notify the police. Yet due to the fact that the British were due to retreat, policing was lax and Logan had managed to escape conviction. Vowing no more, Yam’s Inspector Li recruits Koo’s explosives expert Sky He to infiltrate Logan’s gang through cosying up to his do no-gooder younger brother Farrell (Ye Xiangming).

A couple of nail-biting tests of his skills and loyalty after, Sky is finally inducted into Logan’s team, which includes his two right-hand men Doc (Lam) and Zhuge (Wai Ka-hung), as well as a honeypot named Bunny (Sabrina Qiu). Much of Sky’s undercover work involves foiling their next target, which may or may not be Macau casino tycoon Stanley He (Michael Wong). There are a couple of other twists along the way, and to Wong’s credit, he keeps the pace taut by unravelling detail after detail of Logan’s grand plan in assured fashion, while keeping us on tenterhooks guessing whether Sky’s cover has already been blown and/or Doc has been playing him or helping him out.

In fact, the last third unfolds like a cliff-hanger all the way to the finish, as Sky and Inspector He race against time to free he who has been kidnapped (we’re not telling you if it is or is not Stanley) and bring Logan to justice. In all fairness, the latter is not that much of a mystery, seeing as how this film needed to get past the Chinese censors in order to repeat the success that the first enjoyed in Mainland China; notwithstanding, there is plenty to enjoy here, including a bomb-defusing sequence that is one of the most intense we’ve seen in recent memory, a well-staged gunfight within a mansion, and a good-old Hong Kong-style car chase through the streets of Macau. It is clear both Wong and Kwan have paid much attention to the choreography of these scenes, and they are solid cops-and-robbers stuff that will please action fans.

That is also the extent of the pleasures which ‘Chasing the Dragon II’ offers, seeing as how it doesn’t aim for the same period sweep and sprawl of its predecessor and instead focuses on a last-ditch undercover attempt to bring Logan under the long arm of the (Chinese) law. Character-wise therefore, there is little emphasis on establishing Logan’s rise and fall, and what traits we learn of him is pretty much confined to a certain episode in the past which not only complicates Sky and Doc’s relationship but also that of Doc and Logan. Still, like we said, the top-notch actors bring much pizazz and nuance to their roles, which is a key reason why this familiar crime thriller is a lot more enjoyable than it otherwise would have been.

As a continuation of the ‘Chasing the Dragon’ franchise, it is undeniably underwhelming, given how it hardly matches the ambition, scale and poignancy of the first movie. While it would have been difficult to find an equivalent real-life character to Crippled Ho, or even a similar relationship to parallel that of Ho and famed detective Lee Rock, the creative decision to simply focus on Logan’s final days makes for a leaner but also much less magnificent film. On its own though, it is perfectly gripping and entertaining stuff, bolstered by solid direction and excellent acting; and as long as you don’t expect the same sort of epic that its predecessor was, you’ll probably enjoy it just the way it is.

(Lacking the ambition, scale and poignancy of its predecessor, this in-name only sequel is a leaner but much more straightforward crime thriller that is still good for some gripping sequences and all-round excellent performances) 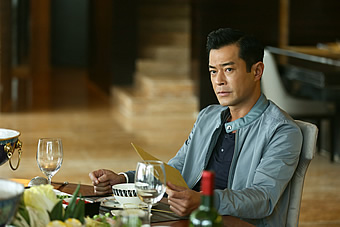 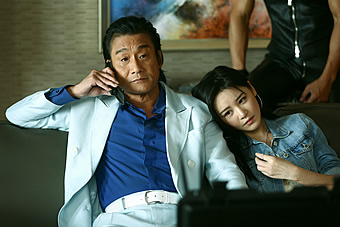 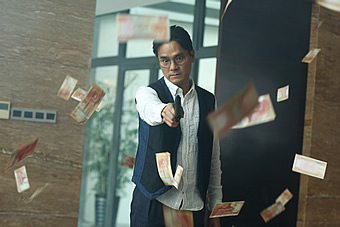 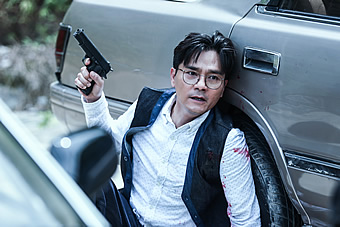 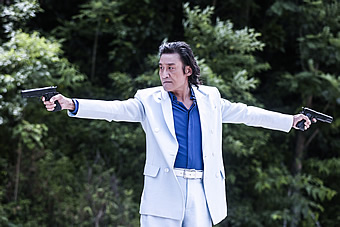