Synopsis: This is a true story based on a repented gangster preaching the word of God and guiding his brotherhood to turn over a new leaf. Chen once was the leader of the famous gang “The 13 Tsz Wan Shan”, he lost his family, lovers, brothers and finally ended up imprisoned for his drug abuse and trafficking. After jail, he devoted himself to save the lost fellows and was selected as “The JCI Hong Kong Ten Outstanding Young Persons”. Being respected by the world, Chen is always asked to solve the most difficult situations between evil and good. People give him a nickname “The Fixer”. However, there are two sides of a coin, Chen can work out any problem of others, he does not know how to deal with his personal knot with his love, with whom he has had guilty conscience all his life. Can he fix it eventually?

‘Dealer/ Healer’ is the ‘bad-guy-makes-good’ story of Chen Hua (Sean Lau), the once infamous gang leader of the ’13 Tsz Wan Shan’ who renounces his bad habits of drug abuse and trafficking after a prison stint and starts a rehabilitation centre to help those who were lost like him but are looking to turn over a new leaf. Otherwise known as Peter Chan Shun Chi, Chen also had a reputation for being a ‘fixer’, often acting as a mediator between two rival gangs before their enmity threatened to get out of hand and necessitated formal police action. Chen was also known to be fiercely loyal to his two buddies – Trumpet (Lam Ka Tung) and Kitty (Zhang Jin) – whom he made sure kicked the drug habit with him after they were released from prison. And last but not least, he was just as fiercely loyal to his one true love, Ke Rou (Jiang Yiyan), whom he first courted as a brash teenager, gave plenty of grief as a reckless gangster, and tries to win back the favour of upon his transformation.

It’s a lot to (pardon the pun) deal with in the span of just 100 mins – indeed, these events span in real life over three decades and could arguably be material for an entire TVB series – and true enough, veteran director Lawrence Lau’s movie could really do with some (pardon the pun, again) healing of its own. Chiefly, neither Lau nor his screenwriters, Chan Man Keung and Lin Huiju, are sure of just what they want their movie to be or what they want their viewers to take away from it, so much so that it simply ends up being completely scattershot. As a cautionary tale on drugs, it is hardly compelling enough; as a tale on brotherhood, it fails to convey that deep sense of loyalty between Chen Hua, Trumpet and Kitty; and as an inspirational story, it lacks a strong enough character arc for us to identify and empathise with Chen Hua’s decision, determination and conviction to make a fresh start. Probably the only thing it does fairly well is to transport you back to Hong Kong in the 1970s and 1980s, when crime was rampant, cops were corrupt and gangsters were the rage.

As much as this China-approved production (its main production company Sil-Metropole is, after all, managed by the Chinese government) doesn’t intend to glamourise the heydays of the triads, ‘Dealer/ Healer’ is ironically much more engaging when portraying the ins and outs of how drugs were peddled by these organised thugs. Oh yes, you can almost feel the conscious effort by the producers to denounce such behaviour by interrupting scenes of Chen Hua and his cohort dealing drugs in Kowloon’s infamous Walled City with that of Chen Hua being interviewed by a panel assessing his suitability for the ‘The JCI Hong Kong Ten Outstanding Young Persons’ award many years later, where he describes how and why he had renounced his erroneous ways of the past. And yet the former is probably the most captivating part of the film, portraying vividly the dark, dank alleyways of the City carved into districts by various gangs, the addicts hooked to its lifeblood and the police officials which help the gangs safeguard their turf and/or muscle into their rivals’ territories.

One of these aforementioned officials is Halley (Louis Koo), who saves Chen Hua’s life when the latter is found trafficking drugs on his own outside the gang and will come to develop a close bond of friendship with when he is released from prison. Unfortunately, Halley is treated as much an afterthought as Trumpet and Kitty, ultimately squandering the strong chemistry between Lau and Koo in no less than their sixteenth collaboration together. It isn’t clear exactly why Halley chooses to throw Chen Hua a lifeline, nor for that matter why Halley decides to become a triad leader himself thereafter – so besides popping up now and then to serve as contrast to Chen Hua, there isn’t a convincing reason why Halley is in the movie at all. Ditto for Trumpet and Kitty, who aside from underscoring how Chen Hua remained loyal to his childhood buddies through the years, don’t seem important enough to warrant much attention or detail – and therefore manifestly wasting the talents of two over-qualified supporting actors Lam and Zhang.

Undoubtedly, both wouldn’t have passed on the chance to star beside Lau, who is not only one of the most well-respected Hong Kong actors of our time but also one of the very best. Lau, who has built his reputation as no less than the Tom Hanks of Chinese cinema, brings his everyman likeability to a role that could easily have come across as sanctimonious especially in the latter half; instead, he plays the redeemed Chen Hua with dignity and humility, and is the reason we still manage to root for his character (such as to reunite with Ke Rou) despite the script’s slipshod character work. Lau also proves his versatility yet again playing an entirely different Chen Hua in the early bits of the film, so consumed by his own drug habit that he fails to see how that is destroying his relationship with Ke Rou as well as endangering the lives of his own buddies. There is no honour but plenty of humanity in Lau’s portrayal of a flawed Chen Hua, and with supporting characters flitting in and out, Lau more than holds the movie on the strength of his own performance.

Truth be told, ‘Dealer/ Healer’ would probably be a tidy little drama were it made in director Lawrence Lau’s heydays in the 1990s, given its strong distinctive Hong Kong flavour in theme, character and backdrop. Lau’s sensibilities, as well as probably that of veteran screenwriter Chan Man Keung, have not changed since that era, and on that account of being a full-bodied Hong Kong movie, ‘Dealer/ Healer’ would surely be good enough to recommend. Yet in the wake of much more arresting drug-themed movies like Derek Yee’s ‘Protégé’, Johnnie To’s ‘Drug War’ and Benny Chan’s ‘The White Storm’, ‘Dealer/ Healer’ comes off a lot less outstanding for its unfocused narrative and under-developed characters. Like we said earlier, it comes up short whether as a cautionary tale, a gangster tale or an inspirational tale. And like its title suggests, it is also ultimately bipolar in how it wants to ‘deal’ and ‘heal’, the former half proving to be intriguing and even gripping compared to a latter half that is always bland and occasionally boring.

(A lot better when it is dealing than healing, this bad-guy-makes-good drama is strong on Hong Kong flavour and nostalgia but weaker on character, narrative and theme) 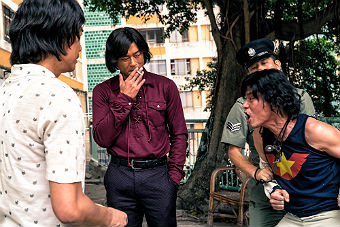 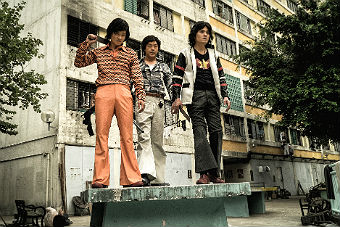 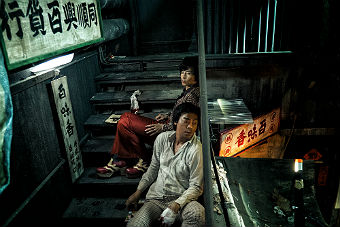 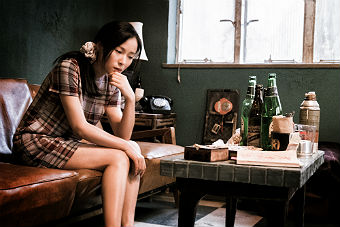 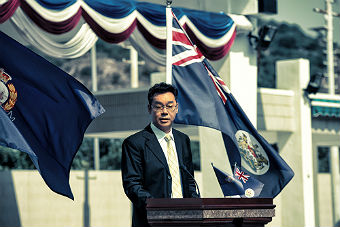