Synopsis: In support of a friend devastated by a recent breakup, three guys vow to maintain their single status for as long as possible. The plan gets derailed when they each fall in love and have to secretly work around their pledge to bachelorhood, while trying to figure out the complications of relationships.

Disguised as a frat boy comedy, there’s nothing funny or notable about The Awkward Moment except that it stars three of the hottest young male leads of Hollywood.

Making his mark in Disney’s High School Musical and obviously needing no further introduction, Zac Efron plays Jason, a book jacket designer who has no problems with hook ups but has a problem being attached in a relationship that is until he meets Ellie (Imogen Poots), a gutsy, smart writer.

His buddies on the other hand, Mikey (Michael B. Jordan) is an ER doctor who is recently served divorce papers by his wife. Despite his buddies’ best attempt to hook him up with someone else, Mikey hopes to win back his wife. The last being Daniel (Miles Teller) who has a thing for his female friend, Chelsea (Mackenzie Davis) but hesitates to admit. To support Mikey’s recent single status, Jason and Daniel vows to stay single with him for as long as possible. The problem right now is the three buddies are already much in love with someone.

Originally titled Are We Officially Dating?, the movie never really comes together and just slogs its way through a series of tired dick jokeseven thoughthere’s great camaraderie among Efron, Jordan and Tellers. A recurring bathroom joke about Daniel becomes tired after a while. The only saving grace it seems is the flick gives a brand new meaning to the word cocktail. The likeable cast obviously ad-libbed most of the funny lines but they still have a long way to go before they reach the level of the dudes in The Hangover or the Apatow gang.

Predictably when there’s a movie about brotherhood, friendship and love, relationships are going to be tested and there are bound to be conflicts at some point. Thankfully, the last act offers a glimpse of excitement as the guys finds out (in a toilet no less) their so-called commitment to being single is mere hot air. The ending is formulaic, sappy at least it breaks the monotonous story telling which consists nothing charming except plenty of scenes featuring the actors rolling in bed with their partners.

Liked mentioned earlier, Michael B. Jordan and Miles Teller both coming off a good year with acclaimed dramas such as The Fruitvale Station and The Spectacular Now are rumored to star in the Fantastic Four reboot so The Awkward Moment might be a good opportunity to know them.

Shot entirely in New York and looking pretty nifty for an independent movie, The Awkward Moment offers little insight to love with the occasional raunchy frat boy humor being more of a distraction. In the end, the debut feature from writer and director Tom Gormican is quite a disappointment.

(Neither works as a raunchy bromance nor rom-com. Awkward.) 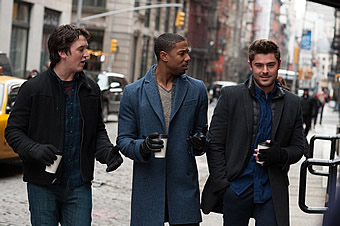 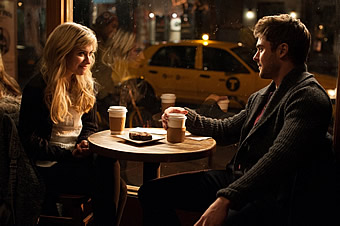 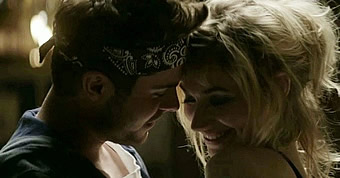