Synopsis: Four friends on a trip to Jeju Island stop to help an attractive young woman at the scene of a car accident, but that’s only the beginning of their troubles as their vacation turns into a crazy adventure.

Under the direction of first-timer Sun Hao, Taiwanese actor Chen Bolin (In Time With You) and one of Korea’s top actresses, Son Ye-jin (April Snow) teamed up in this production that is shot entirely in Korea’s resort island, Jeju. For this reason alone, Bad Guys Always Die is already worth half of the admission price.

However the visual treat comes with a heavy price. The entire movie is letdown by a familiar story, unbelievable characters and plodding pacing despite the trailer selling it as a dark action comedy. Running near 104 minutes, the actual viewing experience feels close to three hours and you wish Sun Hao should simply cut to the chase instead of holding the audience in suspense.

Chen Bolin sad to say not exactly the best actor to go to play a Chinese language teacher, Qiangzi who lives and works in Busan. On the start of his vacation trip to Jeju with his younger brother and two friends, they saved a mysterious girl (Son Ye-jin) from a car accident only to witness her shooting a cop and holding Qiangzi and his brother hostage later on. What follows is a case of mistaken identity, a mysterious envelope and another deadly male assassin hot on their heels. What could possibly be happening to Qiangzi and his friends? And who the hell is Son Ye-jin’s character?

As mentioned earlier, Sun Hao who also contributed the script keeps everyone guessing for far too long till it gets so frustrating that you might start twiddle your thumbs to kill the time. Making matters worse is Son Ye-jin who maintains a single boring mode of expression throughout. Her fellow Korean co-star, veteran Shin Hyun-jun (Marrying the Mafia) fares no better as a cold-blooded killer. Hardly mouthing much dialogue, his character is akin to Terminator but without the charisma. Chen Bolin on the other hand is Chen Bolin. He has a pretty face all right but doesn’t quite equip with much of an acting range to carry the movie.

In the end, the comedic elements are left to Qiangzi‘s two other friends played by the handsome Qiao Zhenyu and Ding Wenbo, the obligatory obese buddy. Unfortunately, none of them possess the comic timing to make the entire affair funny. In the end, both are relegated to running pointlessly from one end of the island to another chased after by an aged fumbling cop (Jang Kwang). Of course, this is where the beauty of Jeju comes in.

Bad Guys Always Die attempts to follow in the footsteps of recent madcap action movies liked Lost In Hong Kong and Hollywood Adventures but failed miserly especially after the much-waited revelation. The action is nothing exciting to talk about. The comedy worse. With the involvement of talents liked Kang Je-gyu and Feng Xiaogang, this co-production is basically a disappointed affair. 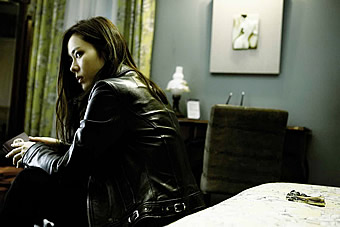