Synopsis:  Based on Anna Todd’s best-selling novel which became a publishing sensation on social storytelling platform Wattpad, AFTER follows Tessa (Langford), a dedicated student, dutiful daughter and loyal girlfriend to her high school sweetheart, as she enters her first semester in college. Armed with grand ambitions for her future, her guarded world opens up when she meets the dark and mysterious Hardin Scott (Tiffin), a magnetic, brooding rebel who makes her question all she thought she knew about herself and what she wants out of life.

It’s only April 2019 and we can safely say After is going to be one of the nominees for next year Razzie awards. If you think Twilight and Fifty Shades of Grey is bad, wait till you watched After. Hey at least we have a sparkling vampire, werewolves and a hanky-panky Christian Grey for entertainment in the former, here we have none.

What we have unfortunately is a torturous teenage romance affair between Tessa Young (Josephine Langford) and Hardin Scott (Hero Fiennes Tiffin) that drags on and on. Young is a studious, goody two shoes who is starting university while Scott liked any leading male character is a brooding, James Dean-look alike young man whom Tessa falls in love in a rather short span of time. Maybe it’s because Scott is a fan of literary classics such as Pride and Prejudice and Wuthering Heights or maybe it’s simply because of his cool leather jacket and weird tattoos. But keep in mind that Tessa actually has a boyfriend, Noah in the first place.

Thus, began a series of plot developments that are likely plucked from soap operas of yesteryear (you don’t want to know the details, let’s just say it’s just mostly scenes after scenes of Tessa and Scott looking endearingly at each other in slow-mo), a game of Truth or Dare being the most “exciting” of all, a nice swim in a lake to break the monotony and a brief but far more interesting subplot that introduced Peter Gallagher as Scott’s dad and Jennifer Beale as his soon-to-be wife. Even mean girl Molly (Inanna Sarkis) who threatens the duo relationship is as predictable as ever. She could at least torches Tessa’s dorm to get back at her but the $20 budget probably couldn’t afford it.

Accompanied by an irritable seemingly never-ending romance soundtrack, this has bad, dull writing written all over and you can’t really blame Susan McMartin for adapting the original material by Anna Todd as Afteris actually inspired by her fondness for British pop band, One Direction. Touted as the most talked about book in the internet,After is a tale of first love and self-discovery and has since spawned to a series of five books! It’s amazing what youngsters are reading these days. You mean clichéd and stilted dialogue is still a thing?

The biggest, laughable and ironic of all ought to be the local rating for it. In fact, IMDA deems same sex kissing and less-than-steamy, touch-and-go sex scenes as M18. And After obviously is targeted at those below the age of 18 who probably will appreciate it a lot more.

(There are plenty of promising coming-of-age romances out there, After aka Innocent girl falling in love with a bad boy is not one of them) 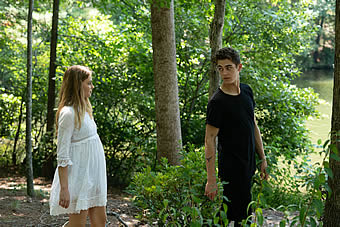 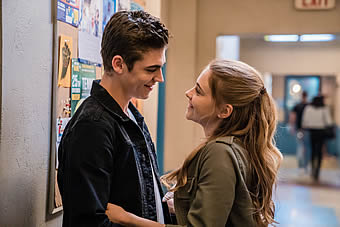