Synopsis: An ex-NYPD cop and recovering alcoholic haunted by regrets, Matt Scudder (Liam Neeson) has a lot to make up for. When a series of kidnappings targeting the wives of drug dealers escalates to grisly murder, Scudder reluctantly agrees to help a heroin trafficker (Dan Stevens) and his brother (Boyd Holbrook) hunt the two men down and bring them to bloody justice. An unlicensed private detective, Matt gets help from his former colleague (Ruth Wilson) and a homeless 17 year-old artist, TJ (Astro.) Operating just outside the law to track down the monsters responsible, Scudder stops just short of becoming one himself.

You have to admit – ever since Liam Neeson took on the role of Bryan Mills in 2008’s Taken, every other show he stars in seems to be a derivation of Pierre Morel’s action thriller. And there we have it, instead of the life saving Oskar Schindler (Schindler’s List, 1993), the wise Qui Gon Jinn (Star Wars Episode !: The Phantom Menace, 1999) and the founding father of human sexuality Alfred Kinsey (Kinsey, 2004), we get the latest breed of an action hero, one who is charmingly past 60.

The 62 year old Irish actor has since taken on roles in The A Team (2010), The Grey (2012) and Non Stop (2014). You can regard these movies as ‘Taken with young punks/ with wolves/ in the air’, and they all feature a lean and mean Neeson. Let’s not forget the Taken sequels (one in 2012 and one upcoming in 2015), and the wonderful Internet which gave us countless memes of Neeson threatening to hunt you down over the phone.

And that is why, when the award winning (one Oscar, one BAFTA and three Golden Globes, no less) actor threatens the enemy in his latest work, we couldn’t help it but be reminded of how far he has come. And of course, how we all want to be an action hero like him when we turn 60.

The crime thriller based on a novel by Lawrence Block of the same name, this Scott Frank directed popcorn flick has Neeson playing former NYPD cop and private investigator who gets hired by a drug dealer to find the killer of his wife. Set in a rather glum New York City, the 113 minute should be a sure winner at the box office – don’t you want to see Neeson hunting down baddies with his signature deep voice?

The movie opens with a grand entrance fit for Neeson’s Matt Scudder. A man walks into a bar, behind him follow gun-toting thugs, sparking a shootout that spills into the street. Even the opening credits are well-considered, with Neeson framed from below as he descends a flight of steps to finish off one of the gunmen.Thenwe find out the suffering soul left NYPD and quitted booze, but never once compromising his hatred for baddies in the city.

He is surrounded by stereotyped supporting characters played by relatively unknown actors (we’d imagine the filmmakers pumped their money into convincing Neeson to take on yet another action role). There’s a drug trafficker (Dan Stevens) who comes to Matt — via his strung-out brother (Boyd Holbrook), who attends Alcoholic Anonymous sessions with Matt — to find the guys who kidnapped then murdered his wife. There’s a homeless teen (Brian “Astro” Bradley) who is so excited to have an ex cop as a buddy that he tails Matt everywhere and becomes embroiled in the case himself. The villains (David Harbour and Adam David Thompson) are killers who are more excited about torturing and dismembering their female victims than the actual ransom. Topping the storybook characters off are a suspicious, creepy cemetery groundskeeper (Ólafur Darri Ólaffson), a friendly storeowner (Mark Consuelos) and a frantic Russian drug dealer (Sebastian Roché).

You can expect the movie to be littered with clichés, but a towering performance from Neeson and some delicate artistry from writer turned director Frank (screenwriter of Out of Sight and Minority Report) lifts it above bog standard.Cinematographer Mihai Malaimare, Jr. (The Master) gives the New Yorkseedy streets, back alleys and small stores, not to mention the cemetery in the title, a desaturated color palette to accentuate that old-fashioned noir feeling.

You’ll watch this movie to enjoy the action, not the cast’s acting chops. And this is probably what the kind of movies Neeson will be starring in for a big part of his career ahead to milk his action hero status dry.

(The entertaining genre action thriller does what it’s supposed to do, with no surprises along the way) 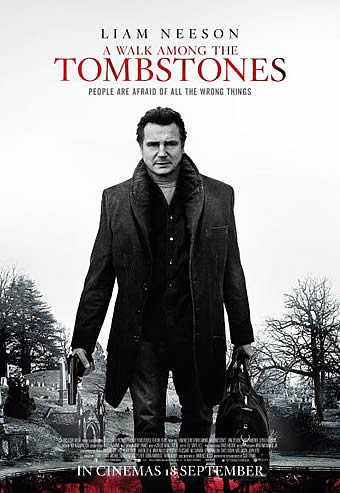 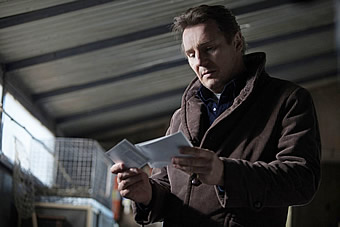 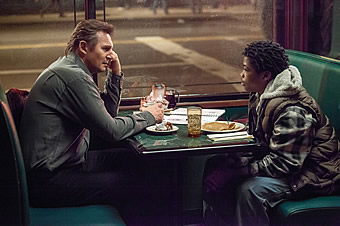 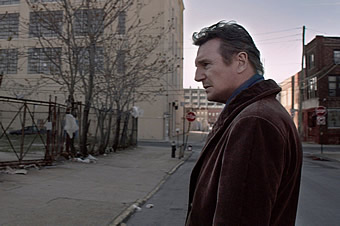