Synopsis: The ultimate X-Men ensemble fights a war for the survival of the species across two time periods in X-MEN: DAYS OF FUTURE PAST. The beloved characters from the original “X-Men” film trilogy join forces with their younger selves from “X-Men: First Class,” in an epic battle that must change the past – to save our future.

Slightly more than a decade after setting the gold standard of the Fox/ Marvel franchise he successfully launched, Bryan Singer is back at the helm of perhaps its most ambitious entry yet. Conceived by the previous instalment’s screenwriter Simon Kinberg, it attempts to merge two separate timelines with two sprawling casts - the Patrick Stewart/Ian McKellen gang from the first ‘X-Men’ trilogy;, and the younger generation, led by James McAvoy and Michael Fassbender, from 2011's ‘X-Men: First Class’ – by introducing the tricky element of time travel. The result is in a word - extraordinary - combining the best from two different teams for an exhilarating adventure across time.

As Stewart solemnly intones at the beginning, a years-long war between the mutants and an army of near-indestructible robots known as Sentinels has devastated the world, resulting in a terrifying dystopian future where mutants and mutant-sympathizing humans have been rounded up in internment camps. Gathered with Professor X (Stewart) and Magneto (McKellen) against the Sentinel threat are familiars Storm (Halle Berry) and Wolverine (Hugh Jackman), Kitty Pryde (Ellen Page), Iceman (Shawn Ashmore), as well as some new additions including Bishop (Omar Sy), Blink (Fan Bingbing), and Warpath (Booboo Stewart).

The one hope to their survival lies back in the past - or more precisely, the year 1973 - where Mystique’s (Jennifer Lawrence) assassination of Sentinel creator Bolivar Trask (Peter Dinklage) will not only cement the humans’ suspicion of the mutants as a threat but also lead to her capture and the use of her shape-shifting DNA into the design of the robots. Logan/ Wolverine’s (Hugh Jackman) ability to heal makes him the only suitable candidate for travelling back in time - his mission to convince the younger Professor X (McAvoy) and Magneto (Fassbender) to put aside their differences in order to avert the killing that would change the course of history.

That’s a fair bit of exposition to set up the events that follow, but Singer knows just how to keep the pacing nimble. Showing that he has lost none of his touch for inventive action sequences, Singer unfurls an opening that leverages largely on Blink’s powers of teleportation to deliver some truly eye-popping action. Indeed, action is pretty much the language of the movie, which plays to the strengths and powers of the individual characters to move the plot forwards. Wisely though, he eschews the need to build gigantic setpieces in favour of more intimately scoped ones – and of these, the most singularly impressive is that of Quicksilver (Evan Peters), whose superhuman speed gets a stimulating demonstration in bullet-time while on a prison-bust within the Pentagon.

That sequence is also an excellent case-in-point of one of the X-factors of his original entries which Singer brings back to the franchise, levity. Most prominently, Quicksilver’s brief entry in the franchise (chiefly due to rights issues) is played for maximum comic slapstick – but thankfully without ever tipping into caricature. Singer knows always how to stay on the right side of cool, and despite the catastrophic peril facing our characters, keeps the tone lively and effervescent. It isn’t just Singer’s credit of course; some of the most light-hearted moments of the film belong to Jackman, who oozes charisma and wryness as he is called to play mentor to the younger Professor X and his student Beast (Nicholas Hoult) in a clear reversal of roles.

And yet the one most important element which Singer retains is the humanity of these characters. The struggle between the humans and the mutants has always been at the heart of the best of these movies as well as the comics, meant of course as an allegory to the discriminated and marginalised within our very society by virtue of the fact of them being different from the majority. Here, that struggle becomes even more pronounced with Logan’s warning of just what the future holds, exacerbating the ideological differences between Professor X and Magneto as well as their battle for the heart and mind of Mystique as a crucial piece in the chess game of fate.

Kinberg’s plotting deserves special mention here, juggling multiple time streams and alternate futures effortlessly without ever breaking a sweat. He even manages to contain the inherent logical gaps in time travel, and in the grander scheme of the franchise, forges an exciting way forward for future instalments while respecting the events of the first three movies. Both Kinberg and Singer are also clearly invigorated recreating period here, as they redefine the assassination of JFK, recreate the voice and visage of Richard Nixon (played by Canadian thespian Mark Camacho) and recount these historically defining events with the grainy, bright-colored look of ’70s newsreels to give them a touch of verite.

As always, the casting of the characters remains spot-on. Jackman has never been more compelling as Logan than he is here, exhibiting restraint and temerity that brings newfound gravitas and pathos to his character. McAvoy and Fassbender continue to make a fascinating pair, portraying their emotionally complex relationship with heartfelt poignancy especially when contrasted against their kinder, gentler older selves who wonder why they spent so many years bickering. Lawrence however doesn’t quite make an impact as one may have hoped, but the actress remains a fetching presence whether in human form or in Mystique’s blue birthday suit.

That’s still a minor, very minor, quibble for a movie which gets so many things right. The action is first engaging, then thrilling, and finally at its climax exhilarating. The characters are well sketched out, their dilemmas real, relatable and therefore genuinely affecting. The story is complex without ever being complicated. For a summer blockbuster, it belongs in a rare breed that blends emotional resonance, humour, wit and grand spectacle into one immensely satisfying whole. Like we said, it is in a word, extraordinary.

(One of the best X-Men movies ever, and certainly one of the best superhero movies you’ll ever see – this union of two different teams of X-Men is funny, poignant and thrilling in equal measure) 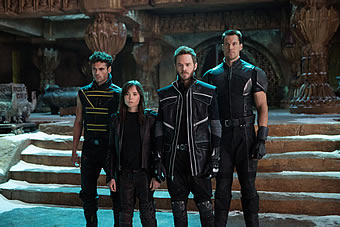 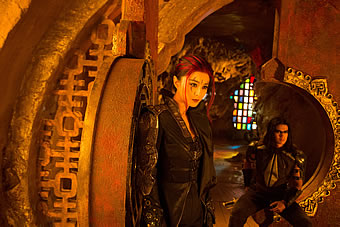 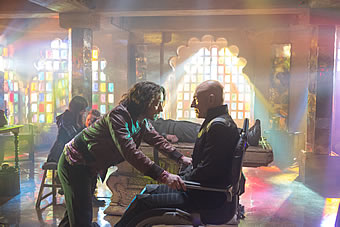 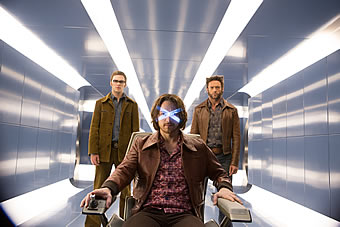 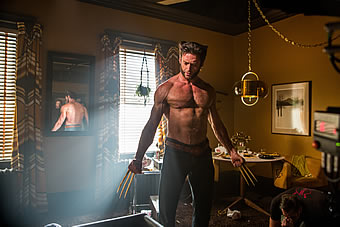 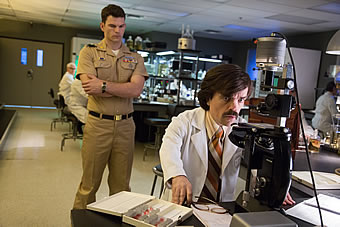 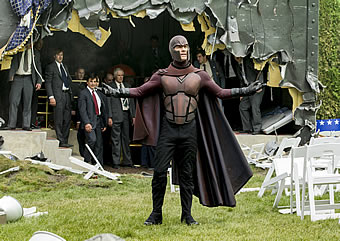 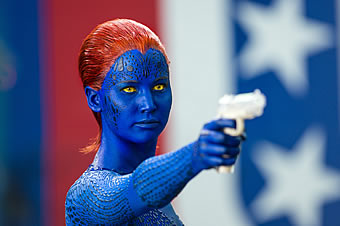 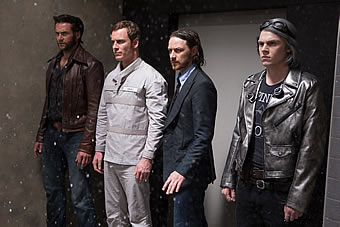