Synopsis: In the late Qing Dynasty, LIU Jin-xi (Donnie YEN) is a papermaker and father of two sons who lives a seemingly normal life with his family in a remote village. However, the arrival of a detective soon threatens to tear them apart.

Detective XU Bai-jiu (Takeshi KANESHIRO) arrives in town to investigate the recent death of two bandits during a robbery. It appears that they are accidentally killed by LIU out of self-defense. But upon autopsy, XU discovers that they are in fact two of the most wanted outlaws with martial arts skills! How could an average family man kill two fierce desperados single-handedly? As a kung fu fanatic, XU figures out that this is no pure accident; LIU must conceal extraordinary martial arts skill necessary to make such a deadly defense. XU’s investigation further leads him to the involvement of the 72 Demons – the most hostile and vicious clan in the martial arts world whose members are trained to kill without mercy. The MASTER (Jimmy WANG Yu), the ruthless head of the clan, possesses skills so powerful beyond anyone’s imagination.

But the deeper XU digs into LIU, the less convinced he is of a foul play. “Either LIU is a master of deception, or he is truly an honest man,” XU starts to believe. In order to draw this case to a close, XU recklessly assaults LIU in hopes that LIU will unveil his martial arts power in return, which is unfortunately not the case. LIU is badly injured during the assault, forcing XU to withdraw his suspicion. Just when all the evidences have proved XU wrong, intelligence confirms that LIU is indeed TANG Long – the second-in-command of the 72 Demons. Once a martial arts expert with a taste for killing, TANG awakened from his sin one day and decided to leave his evil past behind, using a new identity to go on with his life.

The news of TANG’s whereabouts soon gets to the MASTER. Unable to come to terms with TANG’s betrayal, the MASTER threatens to slaughter his family and every villager if TANG refuses to return to the clan. Meanwhile, XU is leading an elite team to LIU’s arrest. When the three unstoppable forces converge in the small village, an inevitable battle is about to break out any moment.

The road to redemption is paved with blood. TANG’s fate now lies in the hands of XU, who is torn between law and morality.

Despite starring in seven movies over the last three years, Donnie Yen has had difficulty trying to top his iconic performance in the ‘Ip Man’ movies- the closest he came to was in Teddy Chan’s ‘Bodyguards and Assassins’, though he was arguably just one of an ensemble cast. But as the enigmatic paper-maker in a small idyllic town with the unassuming name Liu Jinxi, Donnie has finally delivered a performance which equals that of ‘Ip Man’, one that showcases his best as a dramatic actor and as a martial artist.

For this, Donnie has to thank director Peter Ho-sun Chan, who makes his return to the director’s chair after a four year hiatus since 2007’s ‘The Warlords’ for an intriguing and innovative spin on the period action epic genre. Indeed, while its title may suggest similarities to Ang Lee’s ‘Crouching Tiger Hidden Dragon’ or even Su Chao-pin’s ‘Reign of Assassins’, Peter Chan’s ‘Wu Xia’ is less akin to a typical ‘wu xia’ movie than to Tsui Hark’s ‘Detective Dee and the Mystery of the Phantom Flame’.

Like ‘Detective Dee’, this film unfolds like a procedural- the investigation here headed by one smart ‘bespectacled’ county detective Xu Baijiu (Takeshi Kaneshiro), sent to the town where Liu has resided over the past ten years to investigate the death of two wanted criminals killed ‘accidentally’ in a brawl. Xu’s methods are scientific, and his superior knowledge in forensic science leads him to suspect that Liu is more than who he says he is. After all, Xu surmises, how can the lowly and unassuming village person Liu defeat two highly skilled martial arts pugilists?

The first half of the movie is essentially a battle of wits between Liu and Xu, as the former attempts to conceal his true identity that the latter so doggedly pursues. But more than just a cat-and-mouse game, the script by Aubrey Lam (who also wrote ‘The Warlords’) exhibits surprising depth in setting up these two opposing characters- Liu is the man with a dangerous past who has eschewed his former life in favour of a simple and peaceful life; and Xu is the law enforcer whose own traumatic experience has led him to respect the law over humanity.

Aubrey’s story raises a number of moral dilemmas, in particular whether a man can truly start anew without having to atone for his past sins, and whether there is a place for humanity in a world governed by laws and regulations. This is at the very heart of the complex intertwining relationship between Liu and Xu, and a fascinating one which Peter Chan explores with panache. There is no hero or villain between the two per se- rather, both are simply pushed up against each other by their past and the circumstance by which they had made their mutual acquaintance.

This attention to character and drama means that fans of Donnie looking for some action will have to be patient- although the meticulously plotted opening sequence in which Liu disposes of the bandits, and the subsequent replay of that as Xu pieces together the fight blow by blow, will likely be enough to satisfy one’s appetite for action in the first hour. Instead, Peter gives room for Donnie to flex his acting chops, and Donnie’s method for understatement works perfectly for a subtle and nuanced performance of a man fighting to protect the life he has built and family he loves from his own destructive past.

Takeshi is a surprisingly good complement for Donnie, the former the source of the film’s humour and wit as the intelligent bespectacled investigator with a droll Sichuan accent. The multilingual actor shares a nice rapport with Donnie, but he also shines when forced to confront his own moral assumptions about the wisdom of upholding the law without compromise.  His character is not without his own demons, and Takeshi turns in a multifaceted performance that allows the audience to empathise with his predicament.

Nonetheless, Takeshi is mostly sidelined in the second half of the movie as Liu’s past catches up with him. Action fans will be pleased with the introduction of gongfu legends Kara Hui and Jimmy Wang Yu, both of whom play characters closely- in fact intimately- related to Liu Jinxi’s past life. By this time the action pretty much goes into overdrive, and Peter shrewdly leaves Donnie in charge. In turn, the latter, who also serves as action director, delivers some truly outstanding action choreography that is pretty much on par with the ‘Ip Man’ movies.

The highlight of this is no doubt Donnie’s extended fight with Kara, which begins in the village’s open square, progresses to a foot chase across the rooftops and culminates in a cattle pen where the confined space adds to the thrill of watching them go at each other with knives and later on pure fisticuffs. The climactic showdown here is between Donnie and Jimmy, and comes after a very late plot development which pays homage to Chang Cheh’s classic One Armed Swordsman series (starring Jimmy). Paradoxically, while it certainly is thrilling to watch, Donnie’s one-armed swordsplay somewhat pales a little compared to the sheer exhilaration of his two-armed fight with Kara.

Still, Donnie’s work here as action star and choreographer is clearly at its peak, and the fight sequences here will probably go down as one of the best- if not eventually the best- that you’ll find in a martial arts film this year. Peter Chan keeps the pace of the movie moving along with a thumping rhythm, so the film does not lose its momentum between these elaborate fight sequences- even though it does feel like two distinct halves. Jake Pollock and Lai Yiu-Fai’s gorgeous lensing also deserves mention, complimented by production designer’s Yee Chung-Man’s gritty and detailed outdoor sets.

Because of both cast and crew’s excellent contributions, ‘Wu Xia’ is more than just another addition to the surfeit of period action epics that is bound to be a fixture in this Hong Kong- Mainland co-production climate. It isn’t a ‘wu xia’ movie in the traditional sense of the genre, but the creative liberties that scripter Aubrey Lam and director Peter Chan have taken with the material are the very reasons why it stands high above its peers. That and of course the fact that us Donnie Yen fans here have been rewarded with his best performance since the ‘Ip Man’ movies. 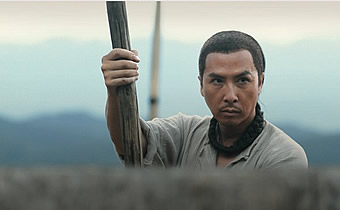 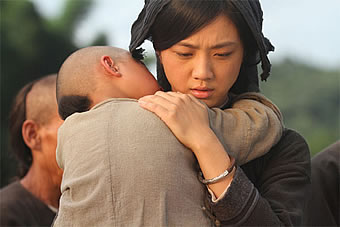 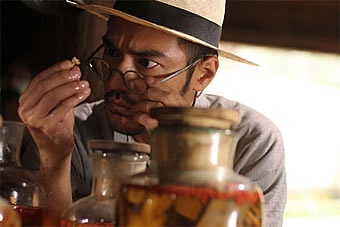 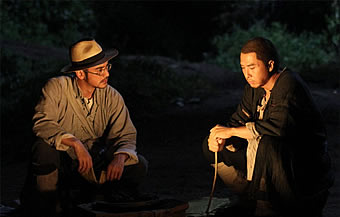 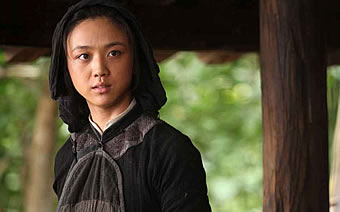 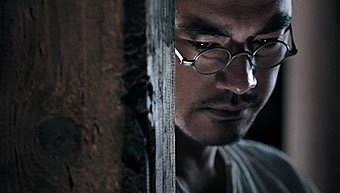 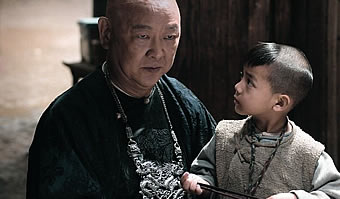