Synopsis: Kat Connors (Shailene Woodley) is 17 years old when her perfect homemaker mother, Eve (Eva Green), a beautiful, enigmatic, and haunted woman, disappears - just as Kat is discovering and relishing her newfound sexuality. Having lived for so long in a stifled, emotionally repressed household, she barely registers her mother's absence and certainly doesn't blame her doormat of a father, Brock (Christopher Meloni), for the loss. In fact, it's almost a relief. But as time passes, Kat begins to come to grips with how deeply Eve's disappearance has affected her. Returning home on a break from college, she finds herself confronted with the truth about her mother's departure, and her own denial about the events surrounding it...

Gregg Araki has always been associated with bold and provocative, beginning with 1995’s ‘The Doom Generation’ and reaching his peak with 2004’s sensuous and gripping ‘Mysterious Skin’ starring a pre-‘Inception’ Joseph Gordon-Levitt. We can’t say much about 2007’s ‘Smiley Face’ or 2010’s ‘Kaboom’ because both those titles never made it onto our shores, but from what we have seen of his adaptation of the Laura Kasischke novel ‘White Bird in a Blizzard’, his sensibilities have certainly dulled over the years.

It’s so much that his latest isn’t engrossing – for the record, it is – but we frankly expected much more of his exploration of family dysfunction and sexual awakening than this somewhat flat coming-of-age mystery that sees ‘Divergent’ star Shailene Woodley play a 17-year-old teenager who struggles to come to grips with her mother’s sudden disappearance. You can see why Araki was drawn to Kasischke’s book – told entirely from the girl’s point of view, it sees her awakening to her urgent sexual desires as she courts and loses her virginity to the not-so-bright and mostly shirtless kid next door (Shiloh Fernandez) while dealing with an unstable mother (Eva Green) and wimpy father (Christopher Meloni).

Araki preserves Kat’s (Woodley) storytelling perspective from the book, with frequent voiceovers that punctuate the character’s recurring dreams of her walking in a blizzard and finding her mother naked under a snowdrift. Like the book, he has also retained the same chronological structure, telling the story linearly at two points of time – first, right after Eve (Green) disappears; and second, three years later as a college student returning home for the holidays – and saving Kat’s relationship with her mother for several flashback sequences; only with a coda does he significantly deviate from the book, drawing a connection between Kat’s father Brock (Meloni) and her first boyfriend Phil (Fernandez) that frankly strains credibility.

Thankfully, most of the rest of the movie is much less incredulous. The flashbacks reveal Brock and Eve to be an utterly mismatched couple whom we frankly have no idea how they managed to stay together for so many years; nevertheless, as Eve watches her daughter’s physical transformation from a chubby girl to an attractive teen, she grows increasingly unhinged, even going to the extent of openly competing with Kat for the affections of Phil. In short skirts and slinky bathing suits, Eve teeters on the brink of sanity, madness and outrageous sexuality with the kind of fierceness that only an actress like Green would be able to bring to the role – a scene where she bursts into the bathroom and catches her daughter checking out her breasts in the mirror display the actress’ propensity for such electrifying personalities.

These scenes are in stark contrast to that just after Eve’s disappearance, which, despite the addition of Kat’s sassy pals – one a heavy-set African American girl named Beth (Gabourey Sidibe) and the other a gay Hispanic guy named Mickey (Mark Indelicato) – are relatively muted. Kat does manage to get our attention by her relationship with the scruffy police cop Det. Scieziesciez (Thomas Jane) tasked to investigate her mother’s ‘missing persons’ case though, if for nothing else than the very fact that the age difference between them does make it creepy. As a character drama, it is uneven all right, in parts exciting to watch and in others dull and tepid.

More effective is the second half of the movie, which plays as a suburban thriller built on Kat’s suspicions that something nasty may indeed have befallen her mother. From Scieziesciez’s disclosure that her dad isn’t the emotionally withdrawn person he seems to be, to Beth and Mickey’s confirmation of the same, and finally to Phil’s confession that her dad knows exactly what happened to her mother, Araki builds a quietly unsettling atmosphere which leads of course to the revelation of just what had befallen Eve that fateful day three years ago. By this time, Araki forgoes the character beats of the earlier half of the movie, and focuses instead on the mystery that lies at the heart of Kat’s titular dreams.

And through the tonal shifts, the one actress that holds your attention is Woodley herself. Perhaps her most daring performance yet, Woodley goes nude for a couple of scenes meant to demonstrate her character’s blooming sexuality, but even without the show of skin, she is compelling to watch as she vacillates between anger, apathy, rebelliousness and insecurity. Though Araki’s script fumbles the characterisation at some points, her performance never loses the clarity that one has come to expect from the intelligent and sexy actress who first burst into the scene with equal alacrity in ‘The Descendants’.

Had this not carried the Araki brand name, we would probably be quite taken by its combination of sexual drama and domestic mystery, but the fact that it does is inevitable that certain expectations be set, not least for the fact that the themes within are familiar elements of Araki’s works. Unfortunately, we expect more from such an auteur who has deliberately built up a filmography on such issues. Even the 1980s setting filled with the filmmaker’s beloved alt-rock tunes from the era - Cocteau Twins, New Order, The Jesus and Mary Chain, The Cure – is what his fans should be used to, so the fact that ‘White Bird in a Blizzard’ turns out to be blander than what one expects surely qualifies as a slight disappointment to say the least. 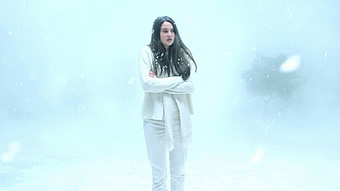 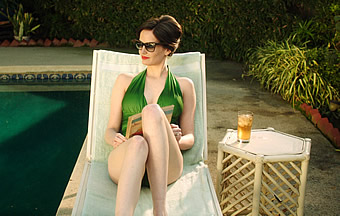 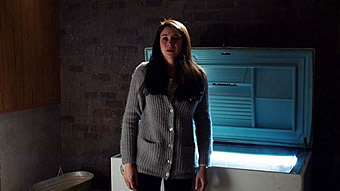 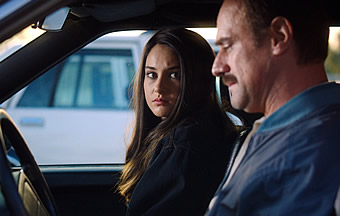 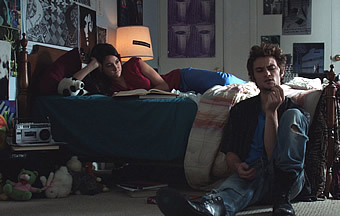