Viral is really an updated version of The Ring, but minus the finesse and scares. In the midst of playing an augmented game called Ghost Hunt, Tang (Ploy Sornarin) captures a spirit photo and excitedly shares it with her friends. One by one, they start seeing the female ghost in their environment.

The thing is, Viral sets out with an intention, but never finishes any of its agenda. Director Manussanan Pongsuwan referenced the obsessive mobile culture and an actual haunting from her previous flick, but fails to deliver the impact she seeks.

The reason for this, is really the fickle plot points that trip over themselves throughout the film. In a bid to flesh out the film and give depth to the characters, Pongsuwan loses control and ends up with a pile of loose ends and underdeveloped scenarios.

There’s the sudden love triangle between Tang and her best friend’s boyfriend Wit (Nattasit Kotimanuswanich); Kitty’s (Ja Sutida Kiat Kitcharoen) privileged but latchkey child situation; Tang’s lack of friends except Tern (Ong Thana Tantranont); and of course the whole mystery behind the haunting. But as much as these are introduced (and in the most awkward of ways), they don’t serve the story in any aspect.

A better script could have rallied the themes together, but what we have is a lazy exposition piece. The whole thing reads like an instruction manual that nobody cares about.

Which might explain the performances, which are, in short, terrible. The whole performance by the entire cast feels like a rehearsal run, with the actors purely delivering the lines to move the story along. Kotimanuswanich fairs a little better than the rest, but the two female leads Sornarin and Kitcharoen are the worst offenders.

Sornarin pretty much sleepwalks through the entire film, save for two exaggerated screams when she sees a rat and her father. Her reactions to the ghost is best described as a bewildering - a mixture of slow comprehension and annoyance. I mean, she walks briskly away at almost every encounter with the ghost, like she just saw a person handing out flyers.

So it’s pretty much a non-event at this point, and the “viral” urgency non-existent beyond this foursome. When Pongsuwan had enough of her fade-out edits and the counter was nearing the 60-minute mark, she decides to quickly wrap up the film, by revealing the backstory of the spirit in the most unremarkable way possible.

In fact, in a scene just before the girls find the body (you knew that was coming), there was a particularly amusing moment when they saw the spirit sitting in the grass. They did what all should do in such circumstances - hold hands and highwalk hurriedly away through the field. Their annoyance with our supernatural victim is millennial apathy done right. I would like to think that that would be my own reaction when my friend sees a poster for this film at a local cinema.

(A horror non-event, with actors merely delivering lines in an awkwardly instructional script to a fractured and thin plot) 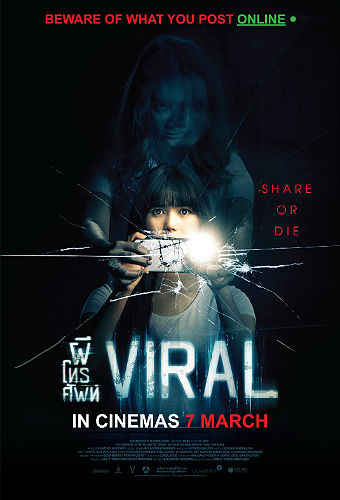 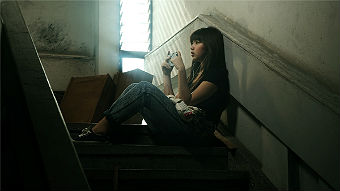 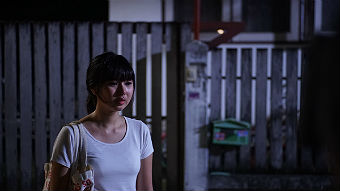 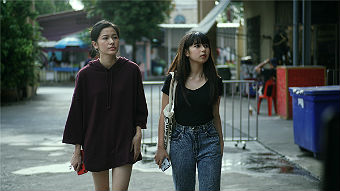 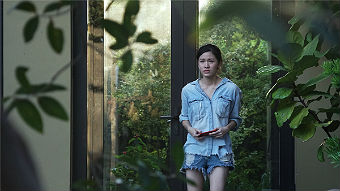