Synopsis: Vanguard is an internationally-renowned and privately-owned venture high-tech security agency founded by Tang Huanting (Jackie Chan). Their client, Qin Guoli, alerted the U.S. intelligence agencies of his boss, Massym, as the leader of an aggressive military group in the Middle East. Maasym is then assassinated by the U.S. government and his son, Omar, ordered to have Qin captured. Vanguard members Lei Zhenyu (Yang Yang), Zhang Haixuan (Ai Lun) and Miya (Mu Qimiya) are sent on a mission to rescue Qin and to protect his estranged daughter, an elephant conservationist, Fareeda (Xu Ruohan).

Jackie Chan will turn 65 years old this April, and you’ll do well to bear that in mind when watching ‘Vanguard’. Oh yes, even though it reunites Jackie with his longtime collaborator Stanley Tong, who was behind some of Jackie’s biggest hits including ‘Police Story 3: Super Cop’, ‘Rumble in the Bronx’ and ‘Police Story 4: First Strike’, their previous outing ‘Kung Fu Yoga’ has demonstrated that age has certainly caught up with the actor, such that he is no longer able to perform the sort of dare-devil stunts which have wowed a whole generation of audiences worldwide.

Compared to ‘Kung Fu Yoga’, Jackie does even less stunt work in ‘Vanguard’, and despite this, looks tired and haggard most of the time. Though he gets top billing, Jackie’s role as the head of the titular private security agency is in effect a supporting act at best. While his character Tang Huanting does lead his team out on missions, much of the action in the field is driven by fellow Vanguard operatives Lei (Yang Yang) and Kaixuan (Ai Lun), who are more than capable of handling themselves without Tang having to play any sort of commandeering role.

It is inevitable that you’ll be disappointed by the size of Jackie’s role, given how the movie has been sold as ‘a Jackie Chan Lunar New Year action blockbuster’. Tong, who is both writer and director, gives Jackie little to do not only in the action department but also in terms of acting. There is no attempt to give Jackie’s character any sort of backstory how he got involved in the private security business, or for that matter, any sort of dynamics between him and his fellow Vanguard operatives, so much so that Tang is pretty much a cipher from start to finish.

In truth, ‘Vanguard’ is structured as a globe-trotting adventure consisting of four elaborate sequences set in London, Africa and Dubai strung together by the barest of plot. Incensed that his father’s former business partner Qin Ruoli (Jackson Lou) had betrayed his dad to the police, Omar (Eyad Hourani) tries to kidnap Qin during the Spring Festival street parade in London, and when that fails, heads to Africa to try to seize Qin’s daughter Fareeda (Xu Ruohan) as hostage. All that to-and-froing culminates in the UAE capital, where Qin is supposed to show Omar where he had written the equivalent of Omar’s father’s fortune in gold.

Besides a couple of throwaway scenes hinting at a budding romance between Lei and Fareeda, there is hardly any depth to any of the principal Vanguard agents, whether Lei, Kaixuan, Miya (Mu Qimiya) or Shendiao (Zhu Zhengting). The storytelling is as economical as it gets, but because we are told close to nothing about these characters, the actors are basically reduced to stunt people who are worth as much as how well they perform their stunts. To their credit, you can tell each of them is committed to put up a good physical show, but besides Mu, none have the benefit of a martial arts background, and that lack thereof is apparent despite their best efforts.

That also leaves ‘Vanguard’ as an action extravaganza and nothing more, although in that regard, Tong still has his midas touch. A shootout and subsequent fisticuffs in a London restaurant is energising; the next shootout in the African wilderness is also well-done; a high-speed chase on the rapids with an amphibious jeep and jet skis is thrilling; so is a raid on an ancient city in the desert where a terrorist group known as the Arctic Wolves has made their compound; and last but not least a ‘Fast and Furious-like’ race down the streets of Dubai with gold plated vehicles is dazzling both literally and metaphorically. Tong is a veteran of old-school Hong Kong action, and his experience ensures that the action is always engaging.

If all you’re after is some diverting big-scale action set against exotic locations, ‘Vanguard’ will probably have you gripped for close to two hours. But anyone else expecting anything more should know that there is no human drama, little character development and only the barest of plots. More, if not most, importantly is the fact that ‘Vanguard’ is hardly a Jackie Chan film. It’s not even that he is growing old and cannot do the sort of daredevil action we hope to see, but that he seems utterly bored and dispirited to be in this endeavor in the first place. Take our advice – do not watch this for Jackie, for if you do, you’ll most certainly be disappointed.

(No more than a collection of engaging action sequences set against exotic locations, 'Vanguard' is memorable only for the fact that Jackie Chan has never looked more tired or haggard) 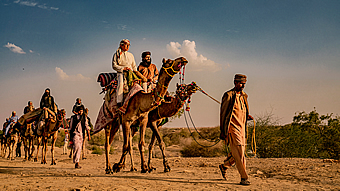 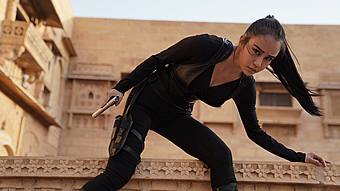 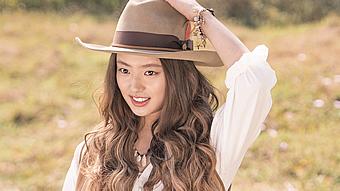