Synopsis: UPGRADE is a thrilling and hyper violent vision of the future from the producers of GET OUT and THE PURGE, and the creator of SAW and INSIDIOUS. After his wife is killed during a brutal mugging that also leaves him paralyzed, Grey Trace (Logan Marshall-Green, Spider-Man: Homecoming, Prometheus) is approached by a billionaire inventor with an experimental cure that will "upgrade" his body. The cure–an Artificial Intelligence implant called STEM–gives Grey physical abilities beyond anything experienced, and the ability to relentlessly claim vengeance against those who murdered his wife and left him for dead.

Most people remember James Wan as the director of the original Saw but no one remember Leigh Whannell as the guy who helped create the immensely popular franchise. Since the release of Saw, Whannell has turned from a writer to sometimes actor to a director. The success of his third directorial feature, The Invisible Man propelled him to take on another of Universal’s iconic monster, the Wolfman.

But before The Invisible Man, Whannell actually wrote, direct and shot this sci-fi action thriller, Upgrade in his native country, Australia under the Blumhouse banner two years back.

In the near future, Grey Trace (Logan Marshall-Green), a mechanic that specialised in overhauling vintage cars is left for dead and his wife killed in a vicious attack. Trace woke up to find himself as a quadriplegic. Detective Cotez (Betty Gabriel), the assigned cop for Trace’s case couldn’t find any worthy clues to identify the bunch of culprits involved. Sinking into depression, Trace tries to kill himself but an eccentric inventor, Eron Keen appears to offer him a solution to his predicament. To allow the implant of his chip named STEM into Trace’s body so that he can walk and function liked a proper human again. Little did he know that there’s something more sinister lurking behind Keen and his invention, STEM.

Fortunately, Whannell isn’t keen to merely deliver a mediocre, revenge-is-best-served-cold kind of action flick. There’s a cool sci-fi concept involving artificial intelligence thrown in, a seemingly nice production design despite the limited budget on hand and some crazy fight choreography. It’s a mixture of everything under the sun except boring.

We wouldn’t want to spoil your viewing experience thus the less is say about the plot, the better it is for you. With STEM implanted, Grey Trace is able to move and fight liked the T-1000. Even STEM can assist in anticipating the enemies’ next move and cleaning up the crime scene. Whannell loves the occasional violent, gory outburst and a few select scenes showcases the director’s bonkers touches.

Of course, everything comes with a price if you have watched enough artificial intelligence related movies liked Terminator, Ex Machina, I, Robot and many more. Upgrade effortlessly wraps up the entire narrative without much new ideas being injected in the end. It’s both silly and predictable yet Whannell has managed to pull off an enjoyable sci-fi romp despite some unexplained modified thugs that have guns implanted inside their arms. Again, another cool concept but lacks the believability and narrative.

Notably, Upgrade has an eerily similar premise to Venom where a journalist’s body is turned into the host of an alien symbiote while an artificial intelligence being is taking over the physical human host in the former. In addition, leading man Logan Marshall-Green looks a lot like Tom Hardy’s doppelganger.

Upgrade is not exactly a smart sci-fi product nor is it particularly hammy or bad. The fun starts to come in fast once STEM steps into the picture. Comparing this to Whannell’s debut directorial feature, Upgrade is indeed an upgrade! At least he knows how to spend so little to get so much out of a flick that catch your attention from start to finish. 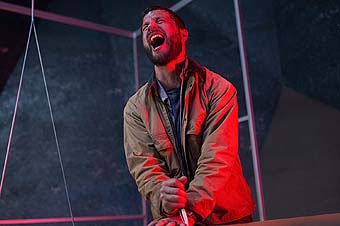 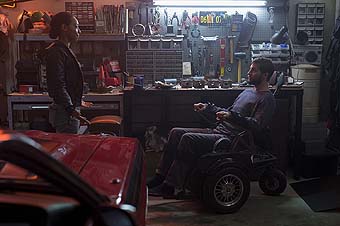 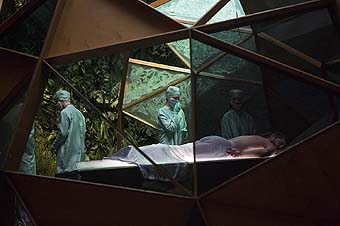 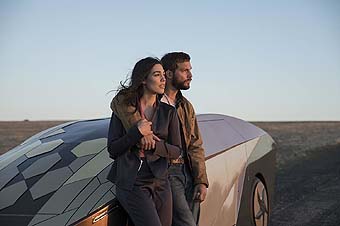