Synopsis: One of the most beloved rivalries in history is reignited when Jerry moves into New York City’s finest hotel on the eve of “the wedding of the century,” forcing the event’s desperate planner to hire Tom to get rid of him, in director Tim Story's "Tom & Jerry." The ensuing cat and mouse battle threatens to destroy her career, the wedding and possibly the hotel itself. But soon, an even bigger problem arises: a diabolically ambitious staffer conspiring against all three of them.

There is good reason why the rivalry between a house cat named Tom and a mouse named Jerry has been better known for its animated shorts than feature-length films (there were 14 in total, in case you’re wondering), and this live-action/ animated hybrid from ‘Barbershop’ and ‘Ride Along’ director Tim Story is yet another reminder of that. Despite Story’s valiant efforts at sustaining the hijinks for a good 100 minutes, ‘Tom and Jerry’ runs out of steam pretty early, and ends up being a drag for far too long.

As re-imagined by writer Kevin Costello, the pair find themselves crossing paths in New York City, where their quest to find new residence leads them to the city’s finest hotel known as the Royal Gate. It so happens that the hotel is planning for the ‘wedding of the century’ between two socialites Ben (Colin Jost) and Preeta (Pallavi Sharda), and in order to avoid any bad press about their mouse problem, the hotel manager Mr. DuBros (Rob Delaney) agrees to the unorthodox idea by their latest hire Kayla (Chloe Grace Moretz) to employ Tom to get rid of Jerry.

Cue a string of elaborate pranks, which sees the adroit Jerry outwit Tom almost every step of the way, resulting in the latter becoming flustered, exasperated and yet utterly helpless. The set-pieces here are designed specifically to mirror the animated series, what with Tom, Jerry and Tom’s bulldog nemesis Spike (Bobby Cannavale) churning up a literal ‘animal tornado’ that devastates the magnificent lobby of the hotel and yet another such melee involving elephants, peacocks and a tiger during the very wedding ceremony itself. It’s an odd mix really, especially given how we’re supposed to accept how the cartoony mayhem would lead to real-life destruction.

Like we said at the beginning, it’s one thing to watch a half-hour Saturday cartoon comprising three short sketches and quite another to try to stuff a whole feature-length film full of them. So in between the increasingly exhausting bedlam, we are made to contend with half-baked subplots of Kayla’s dishonesty, resentment between Kayla and the deputy hotel manager Terrance (Michael Pena), and the pre-wedding jitters between the bride and bridegroom. None of these by their own or together add up to anything near compelling, even though to his credit, Story weaves the various threads into as coherent a whole as possible.

It isn’t as if Story doesn’t know he is working on flimsy material here, hence the need to throw in glorified cameos in the form of Ken Jeong as the crusty head chef of the wedding, Jordan Bolger as the hotel bartender who strikes up something with Kayla, and Patsy Ferran as an extremely perceptive bellgirl whom Terrance describes as resembling a wolf. Despite these distractions, the pacing itself is pretty much a slog even for young kids, and you’ll find yourself looking forward to that inevitable happily-ever-after just so you can get yourself out of the cinema.

So as much as we had looked forward to seeing the beloved Hanna and Barbera characters on the big screen, ‘Tom and Jerry’ will make parents miss the beloved cartoons from their childhood and kids wondering just what the fuss is about these two iconic characters. The fault lies not with Story, or for that matter a valiantly exuberant Moretz, but rather the very concept of stretching what is otherwise best enjoyed in bite-sized 10-minute sketches into a 100-minute feature-length film. At its core, Tom and Jerry was about a not-so-smart cat chasing a much-cleverer mouse, and we cannot quite fathom how anyone can possibly sit through 100 minutes of that sort of chasing round and around.

(It's one thing to enjoy Tom chasing after Jerry and Jerry outsmarting Tom in 10-min sketches, and quite another to watch them do it over and over again for 100 minutes) 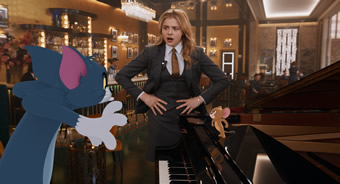 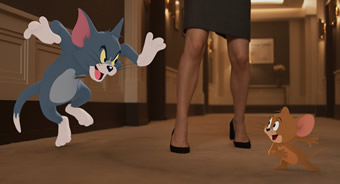 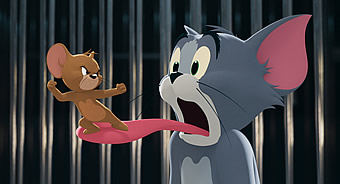 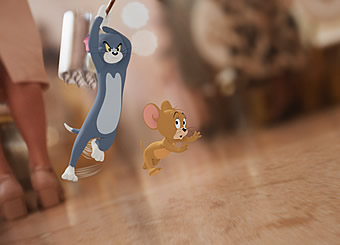 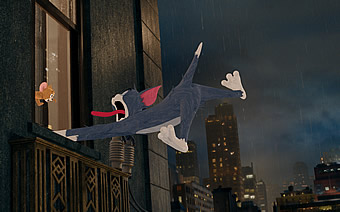