Synopsis: TO ROME WITH LOVE is a kaleidoscopic comedy movie set in one of the world’s most enchanting cities. The film brings us into contact with a well-known American architect reliving his youth; an average middle-class Roman who suddenly finds himself Rome’s biggest celebrity; a young provincial couple drawn into separate romantic encounters; and an American opera director endeavoring to put a singing mortician on stage. Well-known architect John (Alec Baldwin) is vacationing in Rome, where he once lived in his youth. Walking in his former neighborhood he encounters Jack (Jesse Eisenberg), a young man not unlike himself. As he watches Jack fall head-over-heels for Monica (Ellen Page), his girlfriend Sally’s (Greta Gerwig) dazzling and flirtatious friend, John relives one of the most romantically painful episodes of his own life. At the same moment, retired opera director Jerry (Woody Allen) flies to Rome with his wife Phyllis (Judy Davis), to meet their daughter Hayley’s (Alison Pill) Italian fiancée, Michelangelo (Flavio Parenti). Jerry is amazed to hear Michelangelo’s undertaker father, Giancarlo (renowned tenor Fabio Armiliato) singing arias worthy of La Scala while lathering up in the shower. Convinced that talent that prodigious cannot be kept hidden, Jerry clutches at the opportunity to promote Giancarlo and rejuvenate his own career. Leopoldo Pisanello (Roberto Benigni) on the other hand is an exceptionally boring guy, who wakes up one morning and finds himself one of the most famous men in Italy with many unanswered questions. Soon the paparazzi trail his every move and question his every motivation. As Leopoldo grows accustomed to the varied seductions of the limelight, he gradually realizes the cost of fame. Meanwhile, Antonio (Alessandro Tiberi) has arrived from the provinces in Rome hoping to impress his straight-laced relatives with his lovely new wife Milly (Alessandra Mastronardi) so that he can get an upscale big city job. Through comic misunderstanding and chance, the couple 4 is separated for the day. Antonio ends up passing off a stranger (Penélope Cruz) as his wife, while Milly is romanced by legendary movie star Luca Salta (Antonio Albanese). While Rome is a city abundant with romance and comedy, Woody Allen’s TO ROME WITH LOVE is about people having adventures that will change their lives forever.

We have to thank Woody Allen, really. Without the American filmmaker’s works, we wouldn’t have had the good fortune to enjoy the sights and sounds of Barcelona (2008’s Vicky Cristina Barcelona) and Paris (2011’s Midnight In Paris). In his latest work, the acclaimed director, whose films span over six decades, brings us to Rome for a postcard adventure in the capital of Italy.

The romantic comedy written, directed, and starring Allen himself, tells four separate stories set in Rome. A worker wakes up one day to find himself the most loved celebrity ever lived, an architect takes a trip back to the street he lived on as a student only to find himself falling in love with an unlikely partner, a young couple who ends up having a misadventure while on their honeymoon, and a funeral director who has a strange talent for singing in the shower.

Allen’s films have always been easy to digest, while proving a glimpse on the various aspects of life which are easily missed in today’s fast moving society. This film, structured in four different vignettes featuring dialogues in both Italian and English is no different – characters are not unfamiliar to viewers, as each and every one of the personalities played by the fine ensemble cast seems like someone you’ve met before.

Roberto Benigni is not as irritating as we thought he would be in the role of the clerk turned temporary celebrity. Penelope Cruz is mesmerizing as a prostitute who chances upon a couple’s honeymoon, while Alec Baldwin exudes his screen presence as the narrator of the film. Elsewhere, Jesse Eisenberg is strangely loveable as the dude who falls in love with his girlfriend’s (Greta Gerwig) best friend, played charismatically by Ellen Page. Allen himself returns to acting since 2006’s Scoop. Less familiar but not any less impressive are Italian actors like Antonia Albanese, Fabio Armiliato, Alessandra Mastronardi and Riccardo Scamarcio in different roles which leave an impression, regardless of their varying screen time.

The four tales in this 112 minute film do not seem have much thematic connection, but the idea of fame and accomplishment seems to run through the stories. The vignette which stands out most is the funeral director who finds himself singing his heart out on stage in makeshift showers. As ridiculous as it seems, this is the most entertaining yet affecting story in this otherwise breezily unimpressionable feature film.

There may be nothing particularly exciting to look forward to in this film, but Allen has managed to put together a concoction of beautiful sceneries (it is difficult not to be impressed by Rome’s magnificent Colosseum), fantasy elements (the stories are flighty and imaginative, if that’s anything to go by) and comedic moments (Allen began his career in the 1950s as a comedy writer after all) to produce a very pleasing piece of work which will kill a good one hour and 40 minutes on a lazy weekend afternoon. And when you won’t be making that trip to Romeanytime soon, this definitely seems to be the next best alternative.

(A breezy and inconsequential look at life, set against the picture perfect backdrop of Rome)

TO ROME WITH LOVE - ORIGINAL MOTION PICTURE SOUNDTRACK (2012)
Back 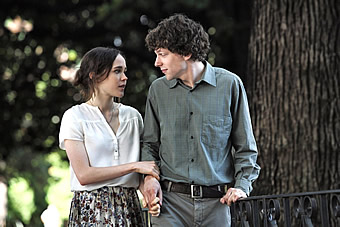 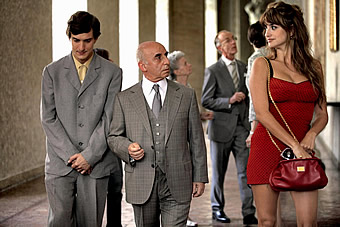 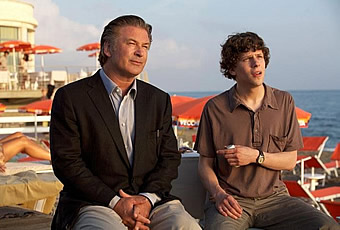 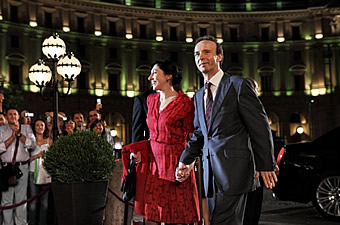 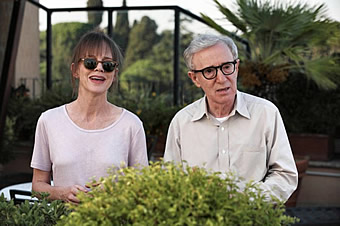 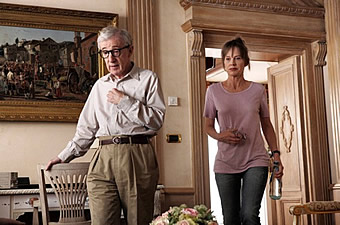 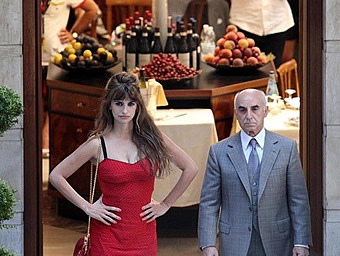