Synopsis: Tinker, Tailor, Soldier, Spy is the long-awaited feature film version of John le Carré’s classic bestselling novel. The thriller is directed by Tomas Alfredson (Let the Right One In). The screenplay adaptation is by the writing team of Bridget O’Connor & Peter Straughan. The time is 1973. The Cold War of the mid-20th Century continues to damage international relations. Britain’s Secret Intelligence Service (SIS), a.k.a. MI6 and code-named the Circus, is striving to keep pace with other countries’ espionage efforts and to keep the U.K. secure. The head of the Circus, known as Control (John Hurt), personally sends dedicated operative Jim Prideaux (Mark Strong) into Hungary. But Jim’s mission goes bloodily awry, and Control is forced out of the Circus – as is his top lieutenant, George Smiley (Gary Oldman), a career spy with razor-sharp senses. Estranged from his absent wife Ann, Smiley is soon called in to see undersecretary Oliver Lacon (Simon McBurney); he is to be rehired in secret at the government’s behest, as there is a gnawing fear that the Circus has long been compromised by a double agent, or mole, working for the Soviets and jeopardizing England. Supported by younger agent Peter Guillam (Benedict Cumberbatch), Smiley parses Circus activities past and present. In trying to track and identify the mole, Smiley is haunted by his decades-earlier interaction with the shadowy Russian spy master Karla. The mole’s trail remains cold until maverick field agent Ricki Tarr (Tom Hardy) unexpectedly contacts Lacon. While undercover in Turkey, Ricki has fallen for a betrayed married woman, Irina (Svetlana Khodchenkova), who claims to possess crucial intelligence. Separately, Smiley learns that Control narrowed down the list of mole suspects to five men. They are the ambitious Percy Alleline (Toby Jones), whom he had code-named Tinker; suavely confident Bill Haydon (Colin Firth), dubbed Tailor; stalwart Roy Bland (Ciarán Hinds), called Soldier; officious Toby Esterhase (David Dencik), dubbed Poor Man; and – Smiley himself. Even before the startling truth is revealed, the emotional and physical tolls on the players enmeshed in the deadly international spy game will escalate…

“Tinker Tailor Soldier Spy” is a film of control and subtlety – a filmmaking triumph of precision and power. Directed by Tomas Alfredson who also helmed the sublime “Let the Right One In,” this condensed and largely efficient adaptation of John le Carré’s most iconic and seminal of spy thrillers becomes a moody study of paranoia and isolation in a world that not just demands it but idealises it. In this film, Alfredson shows a masterly sense of time and place even as the substantial scale of the canvas proves too unwieldy to navigate in a single visit as its densely plotted intrigues – personal and political – serves up heady scenarios of grim and thoroughly obfuscated mysteries.

Tone, rhythm, and structure – boiled down, these elements form the basic tenets of a great yarn. In its first and most pervasive aspect, there’s no denying that “Tinker Tailor Soldier Spy” evokes a brilliant atmosphere that is inscrutably beautiful and unsettlingly morose with a suitably European sensibility that values patience and process above all else. It leads to creating a methodical pacing that may find it on the outs with the traditional perceptions of a “spy thriller” but in le Carré’s rich vein of studying character and circumstance, we stumble upon a film that becomes unrelenting in its observations of rituals, obsessions, and regrets of powerful men caught up in their claustrophobic worlds of dark, musky rooms and stately government offices. Of course, despite these glowing and absolutely terrific filmic elements in place, there still exists a divide of storytelling that while maintaining an air of sophistication still unwinds through an austerely enacted kaleidoscopic lens of perspectives and snatches of hushed conversation behind closed doors through its ravishing cinematography and score.

Set against the backdrop of the Cold War in Europe where the continent swings on the tense divide between its East and West, the film introduces itself through a single event. Prideaux (Mark Strong) is sent by Control (John Hurt) -- the head of the MI6, also known as “the Circus” – to Budapest to intercept the identity of a high-level mole in the agency. The extraction goes none too well and leads to Control leaving, taking along his right-hand man and the story’s protagonist, Smiley (a fantastically restrained Gary Oldman) with him. Years pass and the issue of the mole crops up once again, this time falling on the years of a high-ranking snivelling civil servant who dispatches the now retired Smiley to investigate his former colleagues in the higher echelons of the Circus played with marvellous gusto by the likes of Colin First, Toby Jones and Ciaran Hinds amongst the film’s very British and very top-drawer cast.

There is a whole lot more plot to this in its two hour runtime, compressed very succinctly into temporal loops and spatial presumptions as key character attributes are hinted at briefly, the active scenes focused on Smiley and his quietly driven pursuit of the men who drove his friend and boss out of the agency through their penchant for double-dealing, and the sinister undertones of betrayal at every corner – feeding into the overwhelming loneliness that pervades his line of work.  Following the threads and understanding the nuances behind “Tinker Tailor Soldier Spy” is never easy in how much attention it demands through its rigorous screenplay that values the mise en scene as much as it does its hauntingly intimate moments of a Oldman – effectively framed as a old man, alone and deathly aware of the turmoil surrounding him. 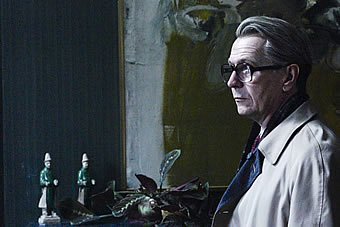 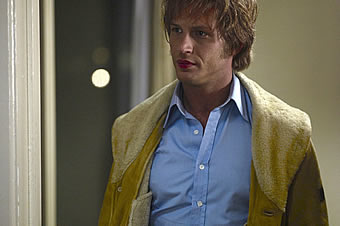 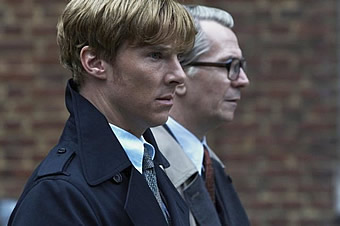 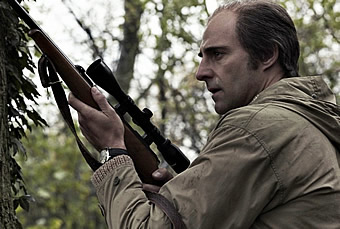 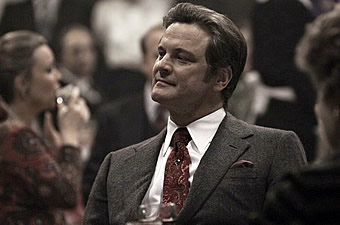 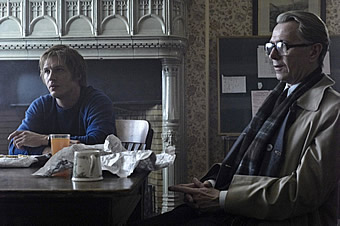