Synopsis: Oscar winner Jolie (“Girl, Interrupted,” the “Maleficent” films) stars as Hannah, a smoke jumper still reeling from the loss of three lives she failed to save from a fire when she comes across a traumatized 12-year-old boy with nowhere else to turn.No matter how fast you are, no one outruns their past.

It’s not hard to see why Angelina Jolie had decided to sign on for this survival action thriller – not only does the part of an emotionally scarred smokejumper who has to overcome her past in order to save a vulnerable young boy seem perfectly balanced between action and drama, the movie is co-written and directed by acclaimed actor-turned-filmmaker Taylor Sheridan. In fact, if you ask us, it is probably the latter which convinced Jolie to make this her first live-action movie in six years.

For the uninitiated, Sheridan has made his name in the neo-Western genre after such critically acclaimed works as ‘Sicario’, ‘Hell or High Water’ and ‘Wind River’. Sheridan is also the creator of the Kevin Costner series ‘Yellowstone’. And though based on a book by Michael Koryta, it is clear there is affinity between the material here and Sheridan’s trademark Westerns, so much so that he decided not only to re-write the adaptation but also to direct the movie itself.

Yet it is for this same reason that ‘Those Who Wish Me Dead’ cannot help but be slightly disappointing. Despite the promise of a compelling female lead in Jolie’s PTSD-suffering Hannah Faber, there is much less character depth here than you would be expecting from his previous works. Nor for that matter is the cat-and-mouse plotting as exciting as say ‘Sicario’ or ‘Wind River’, not least because the narrative gets distracted from what was supposed to be a bond between kindred ‘broken’ spirits with father-and-son partners in sociopathy (Aiden Gillen and Nicholas Hoult, playing the villains) and fellow survivalist couple (Jon Bernthal and Medina Senghore).

Not enough time is spent developing the relationship that is forged between Hannah, who amidst a raging forest fire a year earlier had failed to ‘read’ the wind and therefore to save the lives of three young boys caught in the middle of the flames, and Connor (Finn Little), who had just witnessed his father being shot dead by the pair of assassins sent by those that had wanted to silence the forensic accountant. That both of them are reeling from trauma is supposed to unite them, but like we said earlier, the kinship is diluted by subplots which ultimately do not count for much too.

Without the benefit of character, ‘Those Who Wish Me Dead’ becomes little more than a B-movie set against a somewhat unique backdrop (that is, the forests of Montana) with the added urgency of a deadly blaze thrown in for good measure. As with his earlier works, Sheridan had filmed his latest close to the land, and the authenticity lends the film a rugged realism. So devoted is he to authenticity that besides the natural environs, Sheridan had erected a faux forest and set it aflame for the scenes in the latter half of the movie, which for the most part come off terrifying and humbling at the same time.

On her part, Jolie has said to have drawn from her own real-life pain to give emotional weight to her role, and there is never any doubt despite the screenplay’s disservice that the actress is fully in her element. Jolie and Little share some beautiful moments together in the film’s quieter scenes, and the latter complements Jolie with a keenly felt, empathetic performance. The rest of the supporting ensemble is well-cast, but even more so than Hannah and Connor, their characters are too thinly written to be any more than stock roles in a B-movie.

So even though there are inevitably high hopes that Sheridan would bring his signature blend of rugged heroes, resilient women and ruthless villains to this Western, ‘Those Who Wish Me Dead’ is at best a mediocre action thriller. As she should not, Jolie doesn’t turn this into the sort of ass-kicking role some may be expecting from the star of ‘Wanted’ or ‘Mr and Mrs Smith’, but is let down by the by-the-numbers plotting that does the rest of the characters as well as Sheridan in. It is well-paced enough not to bore, and there are a couple of tense set-pieces, but otherwise, you’ll be wishing much more from this neo-Western.

(Lacking the character depth you'd be expecting from a Taylor Sheridan production, this neo-Western is no more than a mediocre survivalist action thriller with a couple of tense set-pieces) 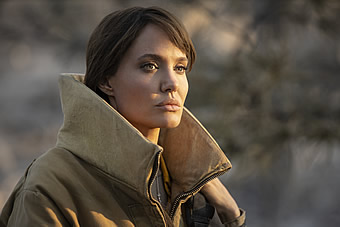 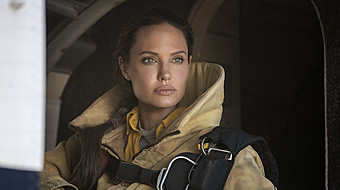 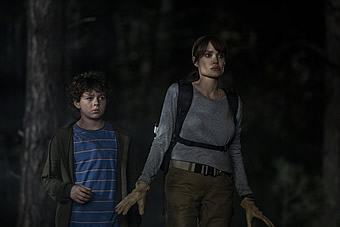