Synopsis: From the best-selling novel by Meg Wolitzer, THE WIFE tells the story of Joan Castleman (Academy Award nominee Glenn Close): A highly intelligent and still-striking beauty – the perfect devoted wife. Forty years spent sacrificing her own talent, dreams and ambitions to fan the flames of her charismatic husband Joe (Jonathan Pryce) and his skyrocketing literary career. Ignoring his infidelities and excuses because of his "art" with grace and humour. Their fateful pact has built a marriage upon uneven compromises. And Joan’s reached her breaking point. On the eve of Joe’s Nobel Prize for Literature, the crown jewel in a spectacular body of work, Joan's coup de grace is to confront the biggest sacrifice of her life and secret of his career. The Wife is a poignant, funny and emotional journey; a celebration of womanhood, self-discovery and liberation…

Imagine living your life through the eyes of someone else; someone whom you love and feel so truly for.  Yet feel a sense of emptiness, pain and suffering?

“The Wife”, based on the book of the same title by Meg Wolitzer, explores Joan’s (Glenn Close) life as a ‘ghost’ author, assisting her husband, Joseph in his writing and career, propelling him to great heights and the honourable Nobel Prize, leaving her wondering what is left of her after all these years.

Joseph Castleman (Jonathan Pryce) set the tone of the film through much dominance and narcissism in his approach to life and the people around him.  Through the film, one would be able to see the struggles between the two leads, the changes in attitudes, thoughts and dynamics and the shift in focus and dominance from Joseph to Joan, through multiple mini dramatic episodes.

The film is well paced and breaks quite nicely between the current time that the film was set in and the flashbacks.  Pleasant sights of old town Connecticut and wintery Stockholm, befitting of the emotional storyline enclosed, complement the scenes.

The film looks into various interesting topics, interconnecting and weaving them into a tightly knitted story that is easy on the palate, yet enriching enough to feed the curious mind.  It is extremely painful yet enduring to witness suppression of women’s rights, explicit fidelity and shaken family values being revealed periodically.

Glenn Close, who plays the lead role Joan, gives an outstanding performance, exceeding all possible expectations and making the character so strong and sturdy, yet fragile and docile.  Every single one of her expressions is, without doubt, a gateway to unexplored emotions, undiscovered feelings and unspoken thoughts.  Clearly, she is a winner in this film.

The other cast members are also not to be forgotten. They managed to deliver performances of their own and made the characters relatable.  Sadly, they are slightly overshadowed by Glenn’s stunning delivery of her role as Joan and that might have dragged the ability for the others to shine.

Sadly also, the film seems slightly shorter than it could have been, although the intention might be to make it digestible and appealing to the general public.  It is hard to pinpoint exactly what is missing in this film, as despite it coming forth as one with much potential, seems to might have disconnect itself from the general audience with the literary drama.

Nonetheless, “The Wife” is definitely a great film that is nicely paced and reflective and has a great storyline that transcend generations and is definitely relatable in today’s divisive society.

(A pleasantly smooth and intriguing piece of work, topped with stunning performances and a brilliant storyline. Definitely worth the watch!) 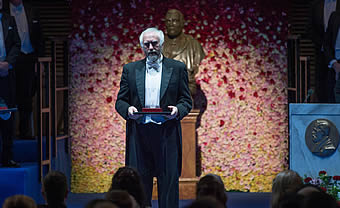 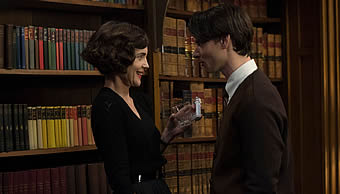