Synopsis:  Left on a nun’s doorstep, Larry, Curly and Moe grow up finger-poking, nyuk-nyuking and woo-woo-wooing their way to uncharted levels of knuckleheaded misadventure.  Out to save their childhood home, only The Three Stooges could become embroiled in an oddball murder plot…while also stumbling into starring in a phenomenally successful TV reality show.

You probably aren’t the only one who was left considerably unimpressed by the theatrical trailer of this movie directed by Peter and Bobby Ferrelly, who also brought you other slapstick comedies like Dumb and Dumber (1994), There’s Something About Mary (1998) and Shall Hal (2001) – boy, have these American filmmakers been around for long!

In the one-odd minute clip, you see the three protagonists attempting physical comedy which, to be honest, often fall flat in this day and age. Peering through an i(eye)Phone? Very funny. A lobster clipped on the lips? Sure. A fart going off underwater. You’ve got to be kidding us. So pardon this reviewer for stepping into the theatres with the lowest possible expectations for this PG13 comedy. Unexpectedly, to his pleasant surprise, not only was the 92 minute viewing experience a pleasant one, he stepped out of the cinema feeling good about the show!

There is really nothing much to know about the story of this movie based on the early to mid 20thcentury shorts by the comedic trio The Three Stooges. The characters Moe, Larry and Curly are placed in a modern setting where they run into one hilarious situation after another while attempting to save their childhood orphanage. As (bad) luck would have it, they stumble into a murder plot and also end up starring in a reality TV show.

Presented in three acts “More Orphan Than Not”, “The Bananas Split” and “No Moe Mister Nice Guy”, the episodes play out like the nostalgic TV series, which will evidently please fans of the original work. Those familiar with the characters played by Moe Howard, Larry fine and Curly Howard would also be pleased to know that the spirit of physical comedy and slapstick action violence is still in place. Seeing Chris Diamantopoulous (TV’s Nip/Tuck and Boston Legal), Sean Hayes (TV’s Will and Grace) and Will Sasso (TV’s MADtv) take over the protagonists of this well meaning comedy actually works.

One does not step into the cinema expecting serious drama here, and the digestible runtime of the movie actually serves to keep the pace brisk and likeable. The supporting cast helps to keep the momentum going by giving their best. There’s Jane Lynch (TV’s Glee) who runs the orphanage, Larry David (TV’s Curb Your Enthusiasm) who cross dresses as a nun with a personal grudge against the Three Stooges, Jennifer Hudson (Dreamgirls) who breaks into a song whenever she has an opportunity to and Sofia Vergara (TV’s Modern Family) who goes all out to exploit the boys. Oscar winner Hudson also performs a very entertaining music video played during the film’s end credits.

The movie also portrays evergreen themes of friendship and loyalty, which will go down well with viewers hoping to walk away with some feel good thoughts.

Another pleasant surprise comes in the form of a postscript epilogue where two studs portraying the Farrelly brothers explain how the stunts are performed by professionals. Demonstrations of eye poking and hammer hitting are shown to spot on hilarity. Considering how this slapstick comedy could have gone down the drains as one of the most disposable movies ever made, the end result is one which can effortlessly chase your blues away instead.

(This surprisingly funny and pleasant slapstick comedy is one worth catching) 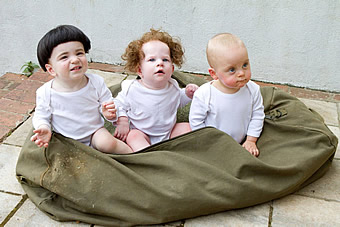 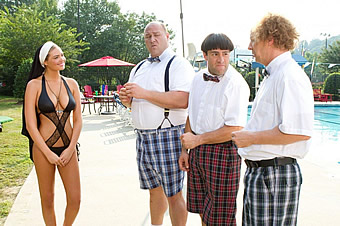 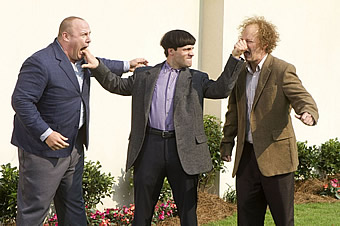 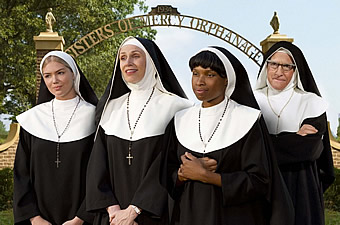 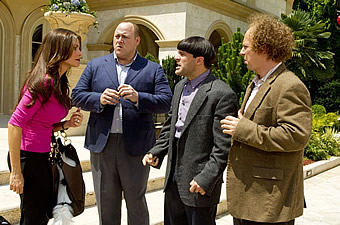 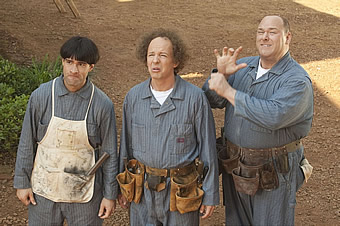