Synopsis: In order to let things cool down from their latest heist, Popeye and his group of thieves go to Macao on a job. But the mastermind behind this job is none other than Popeye’s old partner Macao Park, who escaped with 68kg of gold several years ago on their last job together. Macao Park brought Chinese thieves as well but little did they know what Macao Park planned for each one of them. But his plan takes an unexpected turn when Popeye brings Pepsi, an old flame of Macao Park, to settle the old score. The thieves’ target is a $20 million diamond known as ‘Tear of the Sun’, kept safely away in a casino, brought there to be sold by a notorious Chinese fence. While working together to steal this fabled diamond, they all have their own agenda to keep the diamond for themselves. But who will succeed and live to see another day?

The purported selling point here is so lazy and easy it’s slutty: the most anticipated star-studded action blockbuster 2012! Unless The Thieves intends to pay homage to The Avengers, this year’s only rightful owner to that headline, we can’t verify the credibility of that audacious claim. Granted, the movie’s A-list ensemble of the most bankable stars from around the region places it in a perfect position to sell itself to the usual fandom, but I’m usually sceptical of such an approach to filmmaking. The good news? The Thieves is everything it pledges to be in marketing and message – epic, smart, funny and well-shot. The bad news? It’s not quite everything it needs to be.

Hardened robber Macao Park wants to steal a $20 million diamond from a casino in Macau. In order to pull off the perfect heist, he enlists the services of Korean and Chinese thieves. What looks to be a smooth heist suddenly shatters into a botched job as each thief begins to reveal their true motives and lots of betrayals and grudges surface before any thief can get to the diamond. The real winner here is Macao Park, who has deliberately assembled this double-crossing team of thieves so that he can escape with the diamond. Unfortunately, trouble catches up to him before he can safely pocket the prize. Each thief must now fight to survive and find the diamond before time runs out.

Let’s face it: this is the sort of heist movie that can only look good with a greedy scale, even if it’s with one that’s only initially superficial. Director Choi Dong-hoon doesn’t scrimp here, getting stars from Korea, Hong Kong and Malaysia and wrangling with a multilingual dialogue that speaks Korean, Mandarin, Japanese and English. It makes for an amusing preamble that sees our group of thieves engage in almost endless banter, effectively using the barriers of language to allow one party to criticize the other without the other actually realising it. The thieves eventually manage to pull their thinking caps together, navigating through the complex security at the casino with an equally cartoonish verve. So far, so good, right?

That question is important because the movie totally loses control once it hits the second half. I’ll admit upfront that the movie is very smart – or at least its multitude of subplots is. But the fundamental problem with The Thieves is that it has well over a dozen major characters competing for screen time. I can’t stress enough how a burgeoning character count is to the detriment of a movie’s quality. With so many personal agendas / betrayals / grudges on offer, The Thieves struggles to tie all its subplots into a concise, clear and easily comprehensible script, instead allowing them to dart uncontrollably in all directions. It’s incredibly labourious to keep track of who’s doing what or even which diamond is real. Above all else, The Thieves would have worked better as a tv serial; condensed into movie length, it wears out any form of sanity too quickly.

That’s not to say The Thieves isn’t without any more charms. The movie is a stacked deck of balletically choreographed action scenes that become increasingly daring, and we dare say reckless, as it progresses. Characters are allowed to fight in places that don’t traditionally grace the screen for action scenes, including an elevator shaft and the surface of a building. There’s an action scene which, in the perfect storm of horrible coincidence, is virtually the same as Tom Cruise’s vertiginous adventure on the surface of Dubai’s Burj Khalifa tower in last year’s Mission Impossible: Ghost Protocol. The only thing that’s better than this action segment is the relentless pace at which the movie pumps out gunfire.

Watching The Thieves is like flirting with James Bond. You get a curious mix of charisma and danger, and you don’t know whether you should stay or leave: the charisma is appealing, but the danger is off-putting. The Thieves is far from perfection, but if you’re willing to overlook the messy second half and indulge in the amusement and exhilaration of the package, then this so-called most anticipated star-studded action blockbuster 2012 is worth a visit to the cinema.

(A curious mix of charisma and danger, date The Thieves only if you can forgive its fundamental flaws and flirt with amusement and exhilaration) 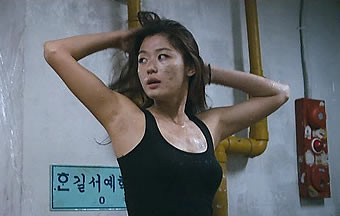 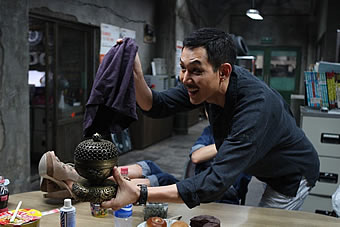 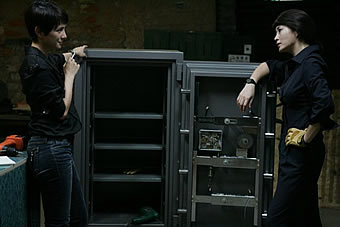 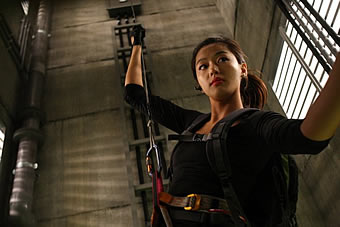 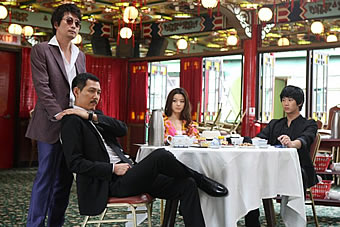 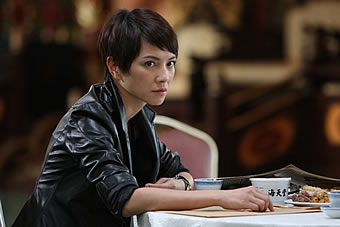 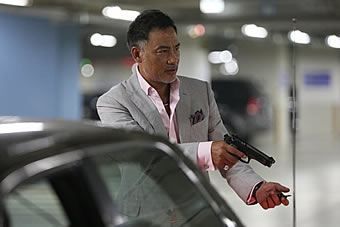