Synopsis: A love triangle between a handsome young baker and a local bread maker. How can people taste true LOVE? Gao-Bing (Chen Han Tien) works in a bakery in a small town. The owner, Mr. Chiu, is so into his Rock ’n ’Roll band, and his son, Bro., doesn’t seem enthusiastic about learning baking at all. The business of the bakery is getting worse and worse day by day, and Gao-Bing doesn’t know what to do with this kind of situation. All he can do is work really hard and tries to invent something new.

Ping (Michelle Chen Yan Xi), the daughter of Mr Chiu, grew up with Gao-Bing and has been dating him for quite some time. She often complains that Gao-Bing only follows the traditions and doesn’t take any action to save either the bakery or their boring life together. In her heart, she really would like to see the world before getting married since she doesn’t want to be trapped like her mother, who died many years ago. Brad (Anthony Neely), a young and charming baker from France, was very depressed because of his mother’s death. Therefore, he decided to return to that small town where his mother was born and raised.

While tracing down the memory lane, he falls for Ping at the very first sight. Even though Ping is engaged to Gao-Bing, Brad finds her very special, even a little bit like his mother. With Mr. Chiu and Ping’s arrangement, Brad moves in and becomes Gao-Bing’s roommate. Under the same roof, Brad never hides his feelings toward Ping, but Gao-Bing also sees the difficulty here. With all his heart and soul, Gao-Bing would like to have Ping back and show the world what is the best recipe for love…

Oh, Michelle! It’s only been four months, but how we’ve missed you since you last captured our hearts with your utterly irresistible performance in ‘You’re the Apple of My Eye’. And so it is with little love lost that we eagerly anticipate your next romantic comedy, even though we couldn’t quite comprehend how our breakfast staple could have a soul. But we'd like to tell you that you have taught us otherwise- that indeed it makes a difference when you put your heart into something, even something as nondescript as bread- and if there’s one thing we'd like you to know, is that we adore you even more.

Sweet and lovable as ever, Michelle plays the small-town girl Ping who dreams of venturing outside the rural town she’s ever known to see the world- and in particular, France. When we first meet Ping, she’s being proposed to by her longtime boyfriend, Gaobing (Chen Han Dian), but she hesitates when she realises that he doesn’t share the same ambitions she does. Quite obviously then, she quickly falls head over heels for the half-French half-Chinese celebrity baker Bread (Anthony Neely) when he pays a surprise visit to her village bakery.

Lost and disillusioned following the sudden death of his mother, Bread has dropped by their village in search of the recipe of his mother’s favourite bread. To convince Ping’s father Chiu Pa (Liao Chun) of his sincerity, Bread offers to become his apprentice- though it isn’t long before his own French recipes win favour with the villagers. Yes, isn’t it true that we often get enamoured with foreign novelties, just as the villagers fall in love with Bread’s baguettes (which Chiu Pa, who has since moved on from village baker to village deejay, calls ‘巴给’ )?

Not only then does resident baker Gaoping see his learnt bakes falling out of favour, he also finds his childhood sweetheart slipping slowly away from him and into the arms of Bread. And to make matters worse, it seems both his fates will be decided in a baking contest organised by the overzealous Chiu Pa and named after the goddess Mazu. It’s no surprise however who will eventually win Ping’s heart, but that doesn’t mean the cross-country race to stop Ping before she leaves on a jetplane with Bread is any less exciting.

In fact, like much of the rest of the movie, it is surprisingly amusing and yet unexpectedly touching at the same time- and the climax no less than a winning conclusion that will leave a big wide smile on your face. Such delightful moments are fortunately aplenty throughout the movie, courtesy of the uniquely Taiwanese small-town humour that first-time feature directors Sean Kao and Lin Chun-Yang- expanding their 2006 TV movie of the same title- inject into the scenes.

Much of their humour derives from the distinctive supporting personalities, especially Ping’s father Chiu Pa, whose unassuming manner coupled with his occasional tongue-in-cheek coarse remarks make for a hilarious and ultimately endearing combination. There's also the obvious language barriers between the English-speaking Bread and the Hoklo-speaking villagers to whom Ping, with her halting grasp of the English language, becomes the inevitable translator for- and the jokes certainly work better if you understand both languages. Besides the obvious, both directors bring some quirkly flair with the occasional outlandish sequence, including a song-and-dance number used to describe the out-of-this-world experience Gaobing gets when he tastes some exquisite seafood soup from a swanky high-class restaurant for the first time in his life.

Kao and Lin are however much more restrained when it comes to the love triangle among Ping, Bread and Gaobing. Consciously avoiding casting either guy in a good-bad polemic, the film strikes a graceful balance in portraying the tussle between Bread and Gaoping for Ping’s heart- and you’ll empathise with Ping as she agonises over choosing the unambitious but earnestly down-to-earth Gaoping or the debonair heartthrob Bread. A supporting budding romance between Ping’s brother and a local policewoman serves as a nice juxtaposition against Ping’s otherwise complicated matters of the heart.

Much as we may wish to be Han Dian or Neely, there’s little doubt that both nail their respective roles perfectly. No stranger to playing the unsophisticated type with a heart of gold, Han Dian (who also starred in ‘Monga’) excels in a nuanced performance that conveys subtly his character’s feelings of inferiority and insecurity. Next to Han Dian, the Taiwanese American actor Neely may seem to have it much easier by simply putting on a disarming smile all the time, but there’s arguably little more that his role calls for.

And then of course there is Michelle, whose appearance front and centre on the poster is proof enough that she is no less than the biggest selling point of the movie. Aside from her meteoric ascent to popularity following last year’s ‘Apple’, the actress with her adorable girl-next-door charm once again is the reason this love story is funny, charming, poignant and winning all at the same time. If indeed there is a soul to be found in bread, she is the very soul of this movie, and it is a thoroughly appealing turn that cements her reputation as one of the foremost actresses of the new-age Taiwanese rom-coms.

Yet of course, Michelle is not the only thing to wax lyrical about this breezy light-hearted movie, which to its credit, is infused with a strong Taiwanese local flavour you’ll find most engaging. It makes a point about preserving the local identity, especially in the face of distant novelties- and though its message isn’t new, it makes such a disarmly convincing case for it that you can’t quite help but be won over.

(We guarantee you’ll fall in love with Michelle Chen all over again, and also with this sweet, funny, charming and utterly endearing rom-com infused with a strong distinctive local flavour) 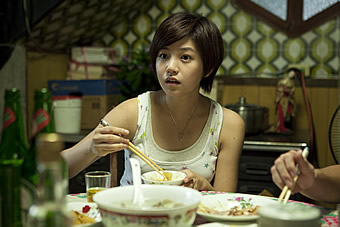 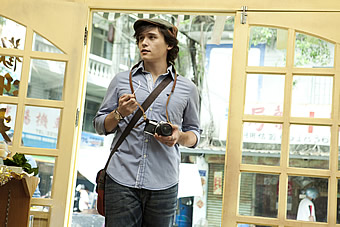 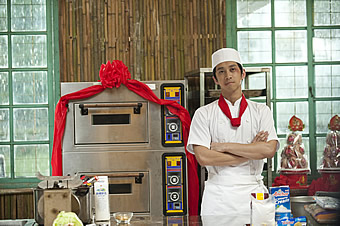 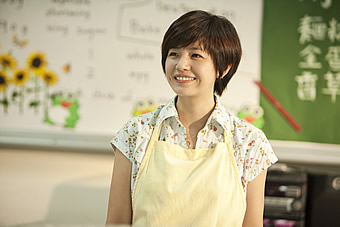 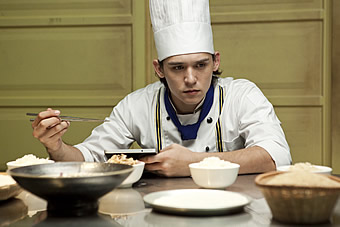 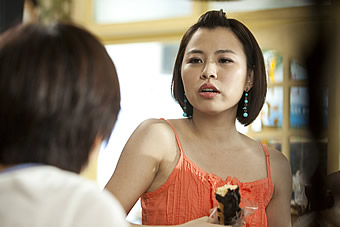 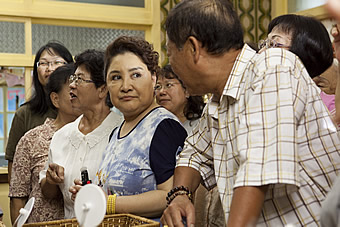