Synopsis: Director Herman Yau’s latest film stars comedian Chapman To as Chuck, a lifelong member of the Jing Hing Triads, and Anthony Wong as the titular dailou (Big Boss) of the organisation. Upon his release from prison after a gang fight, Chuck gets thrown into an election in a bid to become the triad’s successor. In the meantime, he tries to reintegrate with his family, who have gotten used to life without him.  Combining swashbuckling action with To’s signature humour, The Mobfathers leads us into the underbelly of Hong Kong’s socio-political fabric by amplifying the triad genre’s tropes to outlandishly comedic proportions. Still, Yau’s trademark is evident throughout - balancing commercial entertainment with political commentary, providing a thinly disguised allegory of Hong Kong’s relationship with China, as well as dreams of democracy.

Sure, we have seen movies about Hong Kong’s triad scene (Andrew Lau’s Young and Dangerous franchise and Johnnie To’s Election films come to mind), but we are never tired of them. There is something about the criminal underworld that makes for great cinema – be it the brotherhood among the gangsters, the power struggle among the colourful characters or the unabashed violence (splattering blood, dismembered limbs, parangs and choppers!) – such movies always set the adrenaline pumping.

Prolific film director Herman Yau is probably no stranger to the darker side of Hong Kong society. Having helmed more than 70 movies (The Untold Story, Ebola Syndrome and the Troublesome Night series are fanboy favourites), his latest work is a gangster thriller that is entertaining movie that has lots to offer.

The movie’s protagonist is Chuck (Chapman To), a gangster who just served five years in jail for a major fight. Having left his wife and infant son in the care of his loyal sidekick Luke (Philip Keung), he isn’t aware how his triad has progressed over the years. Upon his release, he is thrown into a political battle with a fellow gangster Wulf (Gregory Wong) to take over the leadership position of the cancer stricken Godfather (Anthony Wong).

The ensemble cast is on fine form here – Mainleads To and Wong are masters of acting (the movie is probably making a political statement by featuring these two actors who have been reportedly blacklisted in China), while Keung is always reliable as the supporting character. The unsettling vibe from Wong works as well as he plays a flamboyantly gay gangster.

There is plenty of bloodshed in this 93 minute movie. It is fast paced and never lets its viewers slump into boredom. Characters are killed off one after another, and the supposedly just policemen are not to be trusted either. The system is messed up, and one isn’t clear what matters most anymore. While this movie doesn’t explore any new themes in the genre of triad flicks, it is a fun ride and reminds us some things need not change for the sake of changing. 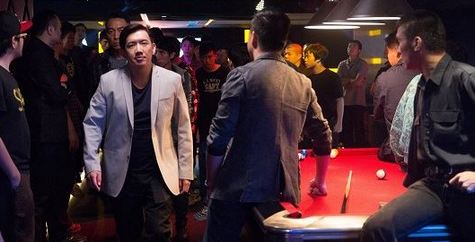 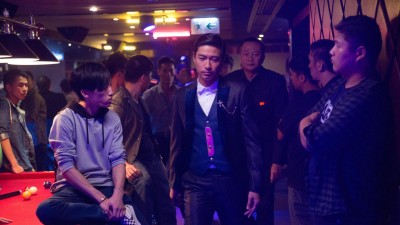 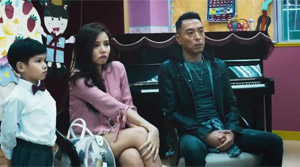