THE MIRACLES OF THE NAMIYA GENERAL STORE (ナミヤ雑貨店の奇蹟) (2017)

Synopsis: Three delinquents run into an old house to hide from the wrongdoing they committed in the middle of the night. The house was once a general good store long ago where people could leave letters in the mailbox to seek advice for anything that were troubling them. Although the store was supposed to have been shut down, the entrance of these delinquents mysteriously triggers the mailbox to connect the past and the present - the letters from the past begins slipping through the mail slot. Are these letters from the past, crossing time to reach them? Although the three are bewildered by what is transpiring, they write responses to the letters, standing in for Yuji Namiya, the owner of the store at the time when the letters were written. The secret of the general store gradually comes to light, as well as a connection to a certain orphanage. The three individuals, who have never seriously considered anyone else’s problems their whole lives, find themselves connected to these strangers. Will this general store, which has helped so many troubled people decide their path, cause a miracle one last time?

The Miracles of Namiya General Store is centred on a general that offers an advice column service, set in 1980s Japan. Think of the general store as what we commonly known as a mama shop, the one which you used to swing by after school for your favourite snacks, but with an added service – pretty much like an aunt agony column. The stories transpire across time spaces, and speak about 5 individuals’ lives all linked with this Namiya General Store and an orphanage.

The movie is adapted from a novel of the same name, written by popular novelist Keigo Higashino. The title was popularized as one of Keigo’s most touching works so far. It not only received a book prize in Japan, it was also positively received in China, selling more than 1.6 million copies to date. It has been adapted to stage plays in Japan before director Ryuichi Hiroki decided to adapt it to the silver screen. The human drama and the miracles of the connectivity is possibly the biggest draw of the movie.

Yuji Namiya (played by Toshiyuki Nishida) dedicated his life in running his business and helping solve the issues his customers were facing. No matter how big or small those problems are, he personalizes the replies and provide his advice to them, gaining trust and recognition for what he’s done in that small town. However, his body was ailing by the day and needed to leave the place. But he received also visions about the miracles that were to happen at the store. That became part of the explanation of why the three boys who chanced upon the abandoned old store was receiving letters that were sent from the past.

The original novel is made up of 5 story arcs, which the movie attempted to compact within the approximately 2-hour runtime. While there are criticisms of how the content has been reduced to being shallow and too surface, the movie did do justice in bringing out the key elements of those story arcs. The second story arc of Seri (played by Mugi Kadowaki) was particularly memorable. It was also crucial in setting up the movie and helping viewers understand the back and forth between the 2012 and 1980s. Mugi also made an impression with her moving performance of the song, ‘Reborn’, which was specially written for the movie by veteran musician, Yamashita Tatsuro. The song was also the cherry on the cake which gave an additional dimension and overarching message that strings the movie together.

The top billed actor the movie, Ryosuke Yamada, acts as Atsuya, the leader of the three delinquents who was somewhat instrumental in the story. However disappointingly, the role in this movie is probably not the most challenging nor was it his best performance to date. His roles in both Grasshopper (2015) and Assassination Classroom sequels (2015 & 2016) are better testaments of his acting potential. And excitingly, the soon to be released real life adaptation of Fullmetal Alchemist, which stars Yamada as the lead character, is also a highly anticipated one.

Overall, The Miracles of Namiya General Storedoes well in intertwining the stories of unlikely individuals whose destinies are connected because of the ‘miracles’ that happen at the general store. The pace of the movie could have worked better, but the raw emotions captured and human drama played well in delivering a heart-warming story.

(The search for the meaning of life has started from time immemorial. This miracle-filled journey brings about both tears and laughter) 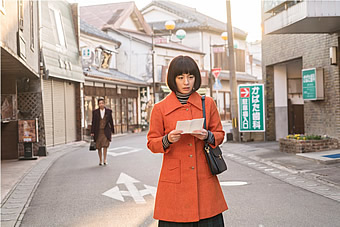