Synopsis: Based on the real life story of legendary cryptanalyst Alan Turing, THE IMITATION GAME portrays the nail-biting race against time by Turing and his brilliant team of code-breakers at Britain's top-secret Government Code andCypher School at Bletchley Park, during the darkest days of World War II.

“… tell me, am I a machine or a person?” – so goes the question behind Turing’s test, referred to as the imitation game in the film of the same name. Beyond inviting audiences to judge Alan Turing, as depicted here, film’s title also alludes to the thin layers of deception as characters are made to take on the role of secret/double agents or have secrets to hide and are forced to take on the persona of ‘normal’ people.

The Imitation Game is one of those films that support the saying life can be stranger than fiction. Based on the real-life story of Alan Turing, the mathematics genius who has the computer room in Cambridge’s King’s College named after him, the plot of The Imitation Game reads like a Hollywood screenplay spawned from an overly imaginative screenwriter’s mind (with many elements added in by the many people involved in the treatment process).

The story of a withdrawn and socially awkward mathematics genius that no one understands reads very much like another award-winning and celebrated film (A Beautiful Mind anyone?). Except that this time the mathematics genius is actually homosexual and is really working for an intelligence service (instead of imagining that he is working for one).

It would have been easy for the portrayal of Alan Turing to fall flat or for audiences to find it difficult to relate to him if it was not for Benedict Cumberbatch’s performance and good editing. The pacing of the film was just nice and use of flashbacks was done smoothly. For instance, the film removed captions explaining the time period that the flashback was set in once it became easy for audiences to relate specific flashbacks to certain time periods, making flashback less jarring and disruptive.

But back to Cumberbatch’s portrayal of Turing (because really that’s what a good number of you are here to swoon, I mean read, about). Cumberbatch, of course, turns in a worthy performance given his reliability and expertise in portraying likeable social outcasts (think Khan in Star Trek Into Darkness, Sherlock in Sherlock Holmes and even Smaug in The Hobbit). He presents Turing’s vulnerability in a manner that is believable and has you relating to Turing despite the social barrier Turing has unknowingly put around himself. I cannot, however, help but feel that this is probably easy for Cumberbatch as the depiction of Turing in this film reminds me of a more vulnerable and emotional Sherlock, a character who has won Cumberbatch legions of fans (a good majority female too).

Unfortunately for Cumberbatch fans, I have to admit that his, although a great performance, was not the only praiseworthy performance. Keira Knightley (who I’ve always been jealous of and thus, never a big fan of), does more than a decent job in her portrayal of Joan Clarke that has me acknowledging her acting ability. Despite limited screen time, Knightley pulls off a convincing turn as her Clarke transforms from a hesitant but brilliant crossword puzzle solver, who withers in the face of societal pressure, to a strong-willed codebreaker/mathematician who is determined to hold her own in a man’s world and pragmatically uses her charm to beguile men when necessary.

Unfortunately, the other characters have limited development and primarily serve to showcase Turing’s development/personality and his relationship with Clarke. Still, the actors succeed in not pulling in stereotypical performances and having their characters simply fall flat. Still, it would have been interesting to see Matthew Goode’s Hugh Alexander and the double agent (I won’t tell you who here) character more fully fleshed out.

The narrative is also rather smooth, despite the constant use of flashbacks and cutting between time period. Still, the way it’s structured does remind one of A Beautiful Mind although that had a much happier ending.

(You don’t have to be good with maths or computer science (or a Cumberbatch fan) to enjoy this film. After watching this, you’ll understand why this movie has been generating so much Oscar buzz. ) 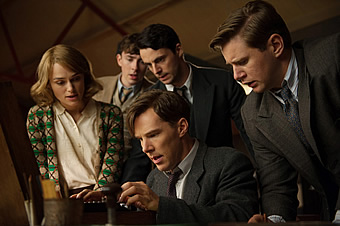 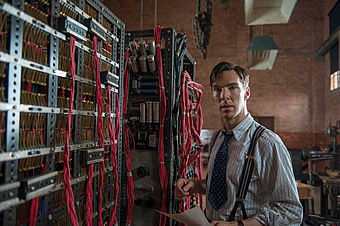 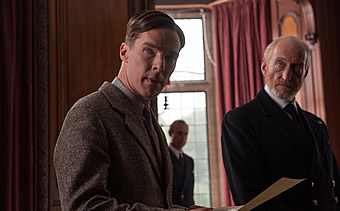 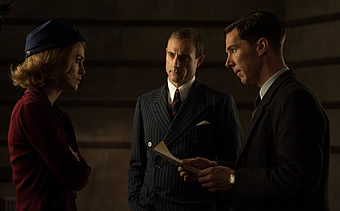