THE HOBBIT: AN UNEXPECTED JOURNEY (2012)

Synopsis: "The Hobbit" follows the journey of title character Bilbo Baggins, who is swept into an epic quest to reclaim the lost Dwarf Kingdom of Erebor, which was long ago conquered by the dragon Smaug. Approached out of the blue by the wizard Gandalf the Grey, Bilbo finds himself joining a company of thirteen dwarves led by the legendary warrior, Thorin Oakensheild. Their journey will take them into the Wild; through treacherous lands swarming with Goblins and Orcs, deadly Wargs and Giant Spiders, Shapeshifters and Sorcerers. Although their goal lies to the East and the wastelands of the Lonely Mountain first they must escape the goblin tunnels, where Bilbo meets the creature that will change his life forever...Gollum. Here, alone with Gollum, on the shores of an underground lake, the unassuming Bilbo Baggins not only discovers depths of guile and courage that surprise even him, he also gains possession of Gollum's "precious" ring that holds unexpected and useful qualities... A simple, gold ring that is tied to the fate of all Middle-earth in ways Bilbo cannot begin to know.

It has been almost a decade-long wait for fans of Lord of the Rings (LOTR) who left the theatres bawling after The Return of the King (2003), the last of the beloved film franchise based on J.R.R. Tolkien's fantasy novel.

For die-hard fans of the story, Hobbiton is just as we have left it (tourist revenue helps a lot), while Rivendell is still as breathtakingly resplendent as when audiences first laid eyes on it in LOTR. Non-fans of the franchise need not fret either, as it does not take much prior knowledge to follow The Hobbit. As the first of a three-part prequel-series to the LOTR trilogy, it also patches up many gaps in our knowledge of the LOTR films, and will certainly enrich a repeated viewing of the franchise.

For the much-anticipated film, every effort has been taken to bring back the original cast—even for the shortest scenes—and we begin again with the venerable Sir Ian Holm as he reminisces his days as a young Bilbo Baggins. His memories begin from when a merry band of dwarves gate-crashes Bag End for supper. After many dwarf ditties, burping contests, and when a cute orange-bearded dwarf named Bombur gobbles up the last piece of food—Bilbo's food—we soon come to learn the reasons for their unexpected home visit.

You see, before vampires were fighting werewolves—both charged with inexplicable raging teen hormones, no less—dwarves were fighting orcs. But bad guys have to win first, and so the dwarves are left without a home. To help the dwarves reclaim their homeland, Erebor, they need a stealthy burglar to help them slip into what was once their mountain kingdom and Bilbo the tiny Halfling is their best bet. So a long and danger-fraught journey to Erebor begins, marking the start of many amazing adventures to come.

Story-wise, you just don’t mess with the guy that invented an entire language for a tale that he wanted told. The Hobbit is an epic tale with epic twists, and the artistic directors in Jacksons’ team do well to make Tolkien’s vision come alive on the big screen. As always, Jackson shoots intense battle sequences very well, but there are also many classic scenes including one involving trolls and an especially fine riddle scene in Gollum's cave that are also cinematic gems. Throw in a precarious mountain passing, some thoroughly thrilling chase sequences in Goblin land, and an epic coda with flaming acorns, and you will be left wanting more.

In the central role of Bilbo Baggins, Martin Freeman lends a very down-to-earth charm to his character—and thankfully so, for a film entitled “The Hobbit,” his version of what one is, is a lot more spirited and lovable than Elijah Wood’s often-plastic take on Frodo (frozen doe-eyed expressions can only take one so far). Richard Armitage puts in an equally memorable performance as Thorin Oakenshield, son of dwarf leader Thráin who was slain in battle by a big pale orc. Eager to avenge the death of his father and restore the glory of the dwarves, Armitage’s character has been likened by many to a dwarf-ian version of the heroic Aragorn in the LOTR franchise. Another character to look out for is endearing “tree-hugger” wizard Radagast, whom the audiences are first introduced to in magical Mirkwood.

The next most important question that remains is, does HFR 3D, or High-Frame-Rate 3D—dubbed “the future of cinema,” with the claim of smoothening many kinks of the existing 3D technology—live up to its hype? While the visual pyrotechnics of the breakthrough cinematography initially take some time getting used to, the effects ultimately unfold pretty amazingly. The keyword here is “tactility,” where you can not only see every strand of hair on a squirming, furry woodland creature that Radagast heals, but almost feel their movements. The level of onscreen reality gets an upgrade from the average 3D facility.

So there should not be any stigma in embracing the new kid on the cinematography block. It is much worse when film makers too eagerly throw in a suspiciously token, superfluous and stray scene, like a ball flying through the air, or arrows released in battle scenes that appear to shoot straight through the screen and into audiences’ eyes that milks ordinary 3D for all it's (gimmicky) worth. The higher frame rate in HFR 3D provides a far better visual quality that actually enhances the entire viewing experience, channelling consistent cinematic gold that does not detract from but adds to the film.

The downside is a surreal daytime drama effect (tragic descriptors for any movie) which is especially stark in the early scenes that take place in Bag End. However, this occasional weakness is a small price to pay for grand new immersive experiences. As the fourth wall starts to take on a thinner, stranger form, HFR 3D will have you rethink the stuff that films are made of. Regular film-goers expect a lot from cinematic innovations sometimes, and The Hobbit finally shows what 3D was meant to be.

The Hobbit is not a tedious explanatory prequel nor is it a meek shadow of its LOTR counterpart. The technology sufficient to respectfully project Tolkien’s gargantuan vision onto the big screen has arrived; Jackson has learned from some costly editing mistakes; and nostalgia is hard to fight when you hear familiar strains from the original LOTR soundtrack or the dwarves singing “Over the Misty Mountains Cold” over a crackling fireplace. At the end of the day, watching The Hobbit is a lot of fun. So strap in tight, because for close to 3 mind-blowing hours, you’ll be in for one hell of a ride.

(Hands down, film of the year. Do yourself a favour and watch it in HFR 3D—nothing less) 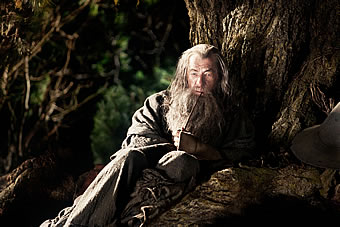 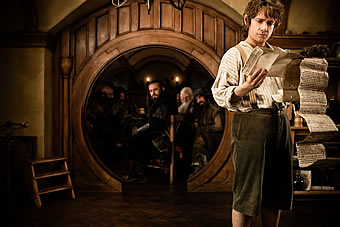 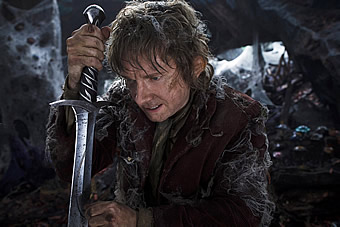 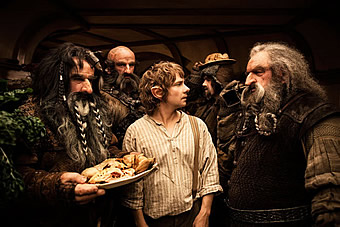 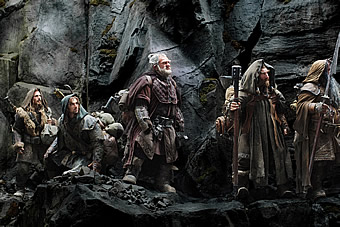 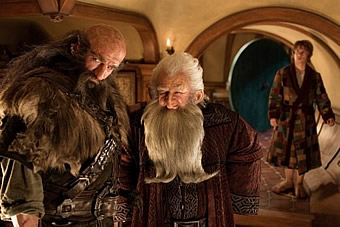 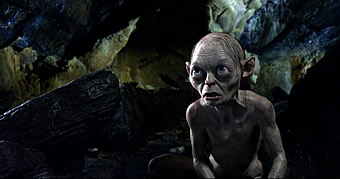 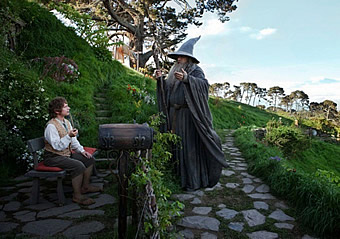 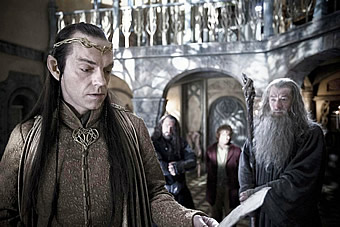