Synopsis: "The Great Gatsby" follows Fitzgerald-like, would-be writer Nick Carraway as he leaves the Midwest and comes to New York City in the spring of 1922, an era of loosening morals, glittering jazz and bootleg kings. Chasing his own American Dream, Nick lands next door to a mysterious, party-giving millionaire, Jay Gatsby, and across the bay from his cousin, Daisy, and her philandering, blue-blooded husband, Tom Buchanan. It is thus that Nick is drawn into the captivating world of the super rich, their illusions, loves and deceits. As Nick bears witness, within and without the world he inhabits, he pens a tale of impossible love, incorruptible dreams and high-octane tragedy, and holds a mirror to our own modern times and struggles.

To the reviewers who have criticised Baz Luhrmann of being disrespectful, or worse, sacrilegious to F. Scott Fitzgerald’s classic novel, we have this to say – this is not your grandfather’s ‘Great Gatsby’. Rather, this is through and through a Baz Luhrmann interpretation of the novel, which by his previous works – most notably, William Shakespeare’s ‘Romeo + Juliet’ and ‘Moulin Rouge’ – suggests that this will be a visually pompous post-modern pop-rock makeover of high art. Now if that sounds disturbing to any of you purists, then our warning to you is to steer clear of this.

For everyone else open to a less book-bound adaptation, we can reassure you that despite claiming the artistic freedom to interpret the material according to his sensibilities, Luhrmann remains very much in reverence for his source material.  Together with his regular collaborator Drew Pearce, he has stuck close to the details of the story, lifting lines of dialogue from the novel’s pages even if they come very close to sounding unwieldy. And perhaps most tellingly, he retains the outside-in perspective through a certain Nick Carraway’s running first-person narration, which in the novel was a thin veil for Fitzgerald’s own voice.

So as with the book, the story kicks off with Nick (Tobey Maguire) moving into a small house he rents next to the lavish mansion of the enigmatic Jay Gatsby (Leonardo DiCaprio), a millionaire known for the flamboyant parties he throws for the who’s who of society. Before Nick makes Gatsby’s acquaintance, we are introduced to other key players – his distant cousin Daisy Buchanan (Carey Mulligan), her husband and Nick’s college buddy Tom (Joel Edgerton), and Daisy’s good friend Jordan Baker (Elizabeth Debicki). At first, Gatsby remains but a mystery to Nick, but a surprise invitation he gets from Gatsby opens his mind to the wholly different world that goes on behind Gatsby’s doors every weekend.

There, Luhrmann spares no expense in portraying every manner of Gatsby’s extravagance, a kaleidoscopic circus – as Nick describes – of glitz and glitter set to an anachronistic musical score that includes the likes of Jay-Z, Kanye West and Lana Del Rey. With some able assistance from his producer/wife Catherine Martin’s lush costume and production design, Luhrmann aims to wow his audience in the same way Nick would have been stepping into this entirely different world of gaudy excess, the endless movement and music photographed with the same sense of restlessness by cinematographer Simon Duggan’s swopping and swirling camera movements.

There’s no mistaking Luhrmann’s indulgence in filming the big party scenes, nowhere more evident than in Gatsby’s first full entrance almost a half-hour into the movie complete with a burst of fireworks in the sky and the climax of Gershwin’s ‘Rhapsody in Blue’ on the soundtrack. And yet, contrary to the impression you might have gotten from many other reviews, Luhrmann doesn’t simply embrace the very hedonism that Fitzgerald’s book casts a critical eye to; instead, he uses that to add heft to both Gatsby and Nick’s characters, or more specifically to explain how two individuals not from such a world of wealth and pomp would ultimately be deceived by its promise of gratification.

Like the book, that becomes plainly evident in the second half of the movie where Gatsby’s true identity and motivations are laid bare in a tragic love story. Similar to Luhrmann’s previous works, this is at its core a tale of impossible love; and more so than in the novel, Luhrmann romanticises the proceedings through painting Gatsby as the hopeless romantic who will meet his ruin because of his obsession for a love once lost and his false optimism of reliving an unforgettable past. It is a more sympathetic portrayal of Gatsby than in the novel, but also a more fully formed one that goes beyond mere artifice.

Indeed, Luhrmann’s adaptation succeeds because he enhances the emotional core at Fitzgerald’s story and makes it deeply heartfelt. That isn’t limited to just Gatsby - you’ll feel, more than you would reading the book, for the wide-eyed Nick who is powerless to stop a terrible chain of events he eventually feels responsible for as well as for the debutante Daisy who is too afraid to lose the kind of life she has grown up with to love in the way her heart calls her to. Fitzgerald’s use of symbolism is also retained and enriched here, in particular the green beacon at the end of Tom and Daisy’s dock that signifies how near and yet so far Gatsby is to his object of affection.

And really, who better to play such a Gatsby than DiCaprio, whose reteaming with Luhrmann 17 years after ‘Romeo + Juliet’ harks back to the kind of swoon-worthy roles the heartthrob was known for. DiCaprio makes what could easily have been a melodramatic love story credible and poignant, perfectly embodying his character’s romantic idealism as well as his insecurities, his natural movie-star good looks lending Gatsby both charisma and magnetism. In case you think that DiCaprio need only look good in the role, a particularly startling and yet effective scene where he loses his cool while confronting Tom demonstrates the depth of his acting.

Next to DiCaprio, Mulligan is utterly bewitching, exuding the sort of sass and vulnerability that needs no further explanation why Gatsby, or any other man for that matter, would fall so hopelessly in love with. The rest of the supporting performances are equally stellar, including Edgerton as Daisy’s philandering husband Tom, Isla Fisher as Tom’s working-class mistress Myrtle, and Jason Clarke as Myrtle’s auto mechanic husband George. Even Indian superstar Amitabh Bachchan pops up for a cameo as the slimy gangster Meyer Wolfsheim, in a bold piece of casting that just about reflects the tenure of the rest of the movie.

You might also wish to take note that Luhrmann doesn’t aim for historical accuracy in portraying New York in the Roaring Twenties, yet another one of the creative liberties he takes. Yet it’s hard to fault the creative license he adopts, his treatment a curious but always refreshing mix of straight-up reverence and postmodern art. But there is ingenuity in his unorthodox method, and – much as other reviews might try to convince you otherwise – he doesn’t lose the heart and soul of Fitzgerald’s novel, so we urge you to keep an open mind and appreciate what we think is a visually bold and original vision of a contemporary American classic literature.

(As visually extravagant as the titular character’s hedonistic parties and yet more moving and poignant than the classic novel, this is a bold and impressively original interpretation that is both reverent and refreshing) 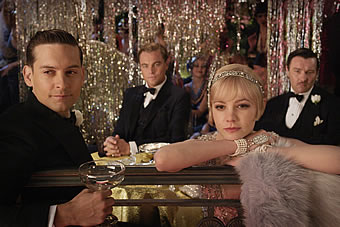 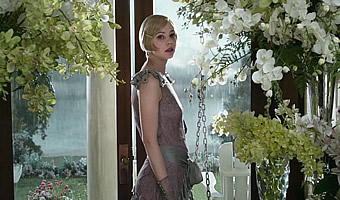 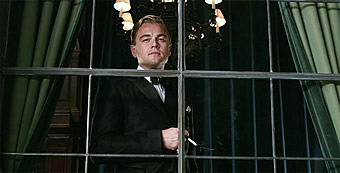 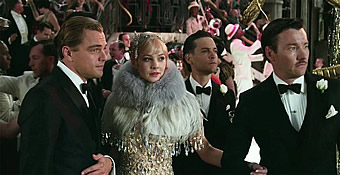 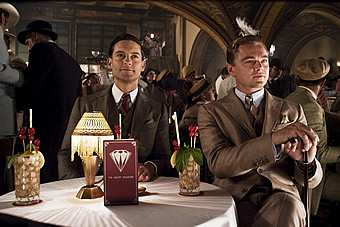