Synopsis: The Frozen Ground is based on the true story of Alaskan detective Glenn Flothe (called Sgt. Jack Halcombe in the movie). Halcombe (Nicolas Cage) sets out to end the murderous rampage of Robert Hansen (John Cusack), a serial killer who has silently stalked the streets of Anchorage for more than 13 years. As the bodies of Anchorage women start to add up, Sgt. Halcombe goes on a personal manhunt to find the killer. When 17 year old Cindy Paulson (Vanessa Hudgens) escapes Hansen's unspeakable violence, she believes the law will take him down. Instead she finds herself, once again, fighting for her life. With her only ally, the unlikely Sgt. Halcombe, Paulson is determined to bring a serial killer to justice.

There are some actors who have it better than others in showbiz. You may not have what it takes to be invited to Inside the Actors Studio, but if you have good looks like Channing Tatum or Liam Hemsworth (nope, we do not think Robert Pattinson has what it takes to be labeled “handsome”), you will be very popular with the major money making movie studios. One underrated actor who has not been enjoying such a life of fame and fortune is John Cusack, but we look forward to his every big screen performance.

And you know the 47 year old actor has got what it takes when his latest role is a cold blooded serial killer, considering his past very likable performances in movies like High Fidelity (2000), Martian Child (2007) and Hot Tub Time Machine (2010).

Based on real life events which took place in the 1980s, Cusack plays Robert Hansen, who stalked and murdered between 17 and 21 young women, kidnapping them and taking them out to the Alaskan wilderness where he shot and buried them. The independent production has Nicolas Cage portraying the detective leading the manhunt for Hansen, and Vanessa Hudgens playing a victim who managed to escape Hansen’s unspeakably cruel violence.

Boasting commendable performances from both its male leads Cage (whom we usually laugh at with every movie role he takes on – for his emotionless expression and his numerous changing hair pieces) and Cusack (whom we want to root for, regardless of what movie genre he takes on), this 105 minute movie is an independent production distributed by entertainment company Lionsgate. Considering how it was released in theatres and on demand on the same day in the States, we can safely say it isn’t your big budget summer blockbuster with loud explosions, gun fights and car crashes.

But what makes this Scott Walker directed movie a recommended watch is its almost unfeeling look at how a detective sets out to end the murderous rampage of a silent stalker who has caused harm to unknowing victims for more than 13 years. Shot on location in Alaska, cinematographer Patrick Murguia takes the opportunity to lens the breathtaking yet callously cold and icy landscape, which complements the dark themes explored in the film. This is a glum movie to watch, and when the film ends with real life photos of the victims, you’d get a queasy feeling in your stomach. This uneasiness is a successful attempt by the filmmakers to have audiences feel brutality and viciousness of the events that took place more than 30 years ago.

Cusack, with his unsympathetic expressions, will have viewers feeling edgily perturbed every time he appears on screen. Cage also does a decent job of not having us annoyed by his lack of screen presence. Not faring so well is Hudgens, who appears to be trying a little too hard to impress with her prostitute character. Watch out also for a supporting role played rapper Curtis “50 Cent” Jackson, who also took on the producer role for this production.

The mostly solid performances by the cast, and a spine tingling plot based on real life events, will have you engaged for a good one hour and 45 minutes in the cold, dark theatre.

(This may not be the cheeriest movie you’ll ever watch, but it is still recommended for its engaging pacing and John Cusack’s unflinching performance) 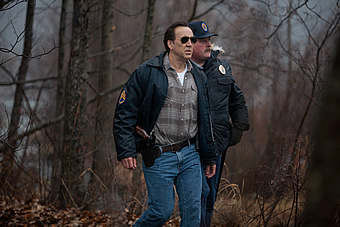 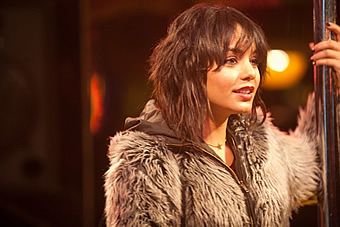 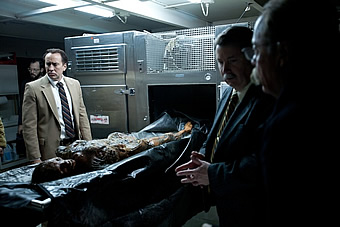 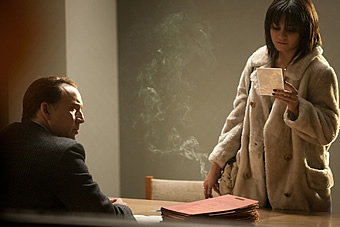 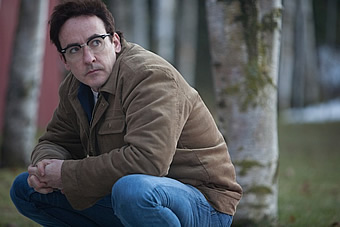 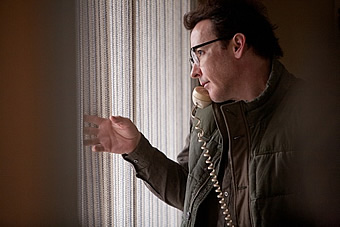