Synopsis: Norwegian folklore turns out to be real when Leo and Elvis encounter Thale in a basement. A regular cleaning job turns into a struggle for survival, while they're trying to figure out what or who Thale is.

Drawing from folklore, the Norwegian horror fantasy ‘Thale’ imagines the forest legend ‘huldra’ as a beautiful sexy woman with a tail attached to her back. Pretty intriguing stuff if you ask us; unfortunately, writer/ director Aleksander Nordaas approaches the material in such a way that will surely test the patience of many of his viewers, leading to a film that we suspect many will find underwhelming and therefore less than worth its already brief 77 min runtime.

First off, it’s important to note that ‘Thale’ isn’t some big-budget creature feature; on the contrary, it is really a low-budget indie, with Nordaas having to pull multiple duties on the set, serving as its cinematographer, editor and camera operator while shooting it largely in his father’s basement. Given the limitations, you can probably understand why more than half of the movie is spent in a dingy makeshift underground laboratory, during which Nordaas emphasises mood over dialogue and for that matter, action.

It is in that secret basement that two crime scene cleaners, Elvis (Erlend Nervold) and Leo (Jon Sigve Skard), of the No Shit Cleaning Services – I kid you not – stumble upon the titular character naked and submerged in a milky bathtub. Using the tape recordings, the squeamish Elvis slowly pieces together Thale’s identity, assisted in no small measure by occasional physical contact with her which allows Elvis flashbacks into her past. We won’t spoil the surprise for you - suffice to say that it has something to do with the men in white coats and masks that come hunting for her in the last half-hour of the movie.

Here is where Nordaas makes a risky bet - the revelations and final confrontation between man and beast are supposed to justify an otherwise deliberately paced, to say the least, first hour, though how many viewers will find the payoff justifiable is suspect. Indeed, Nordaas’ intention is to build a connection between Thale and her two newfound male companions, the reason of this apparent only later on that feels - especially in the case of Leo - contrived more than inspired. On his part, Nordaas also does himself no favours by letting the pace slack, a consequence of the use of too many static shots where very little happens.

Still, to give credit where it is due, the extended finale does play in pretty gripping fashion as the mythical huldra gets to display their characteristic strength and speed; in particular, though slightly over-used, the slo-mo shots as Thale takes down her captives are rather impressive - and perhaps the same could be said of the entire finale, given the obvious budgetary limitations Nordaas had faced when shooting the film. If you like to know our verdict, we’d say it just about vindicates the inertia of the buildup, not helped by the pedestrian government conspiracy plot thrown in.

If there is one element that is sure to hold your attention, it is Silje Reinåmo, who plays Thale captivating without the need for a single line of dialogue. Granted that some of that is thanks to Nordaas’ peek-and-tease shots - after all, Reinåmo does remain nude for most of her screen time - but the actress more than holds her own with an expressive performance that conveys a variety of emotions especially through her eyes. We won’t deny too that female viewers might find the story misogynistic, since the premise might be reduced to two men saving a buxom nude woman.

So, all things considered, if you’re interested in catching a slightly different creature feature from the kind Hollywood does, this little Norwegian film might just do the trick. Just be prepared for a measured first hour, and after that you’ll discover the reason why this movie has been garnering enough word-of-mouth to gain momentum for an international release. Or not - either way, it’s likely the recently announced English language sequel to ‘Thale’ will forgo its moody brooding approach for more mainstream thrills.

(Despite a rather plodding first hour, there is still intrigue to be had in this low-budget creature feature based on Norwegian folklore) 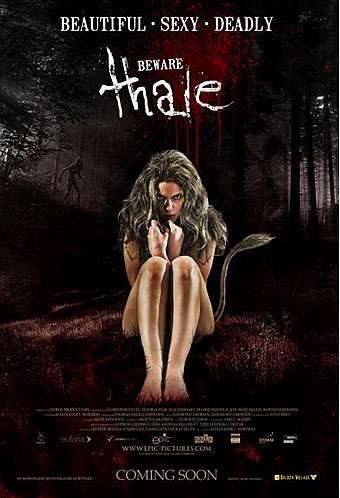 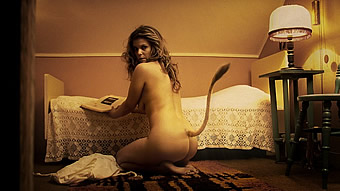 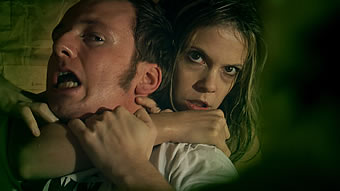