Synopsis: When John Connor (Jason Clarke), leader of the human resistance, sends Sgt. Kyle Reese (Jai Courtney) back to 1984 to protect Sarah Connor (Emilia Clarke) and safeguard the future, an unexpected turn of events creates a fractured timeline. Now, Sgt. Reese finds himself in a new and unfamiliar version of the past, where he is faced with unlikely allies, including the Guardian (Arnold Schwarzenegger), dangerous new enemies, and an unexpected new mission: To reset the future…

Three sequels and thirty-one years after James Cameron’s seminal man-versus-machine science-fiction, ‘Terminator Genisys’ attempts to make the franchise relevant for a whole new generation by re-setting the clock. Yes, if you’re a die-hard purist, you will likely chaff at how John Connor is not mankind’s saviour but its very destroyer, or how the T-800 is a father figure to John’s mother Sarah after her parents were murdered by a T-100 whom she calls ‘Pops’. So here is as much advice as warning to fans – you’ll do well not to cling too stubbornly to what you already know if you are going to appreciate the liberties which the filmmakers have taken in order to invigorate this aging series.

Notwithstanding the initial fan uproar, we have to say that the screenwriting duo of Laeta Kalogridis and Patrick Lussier have concocted an impressive scenario that balances a deep respect for the first two Cameron films and the need for new creative possibilities beyond the original Connor genealogy. How much of its predecessors to keep in mind is laid out in the prologue, which tells of the death of three billion people on Judgement Day itself and the resistance led by John Connor some thirty years thereafter. It is at that same fateful moment that Kyle Reese (Jai Courtney) steps into the time machine to go back in time to protect Sarah that another Terminator from the future (played by Doctor Who’s Matt Smith) attacks John, establishing a whole new chain of events while leaving Kyle with fractured memories from both parallel timelines.

Indeed, though this Kyle arrives stark naked in the same dark and grungy alley of Cameron’s first movie, the 1984 which he finds himself in is vastly different. For one, the T-100 which Skynet had sent to kill Sarah is upon its arrival greeted and terminated by a T-800, which as we earlier mentioned, has been no less than Sarah’s guardian. For another, Sarah is no longer hapless and confused but a tough warrior who has been resisting the Terminators since her childhood days. And instead of Robert Patrick’s T-1000, Kyle is welcomed by Lee Byung-hun’s sleek, mercury-like killing machine, the choice to cast an Asian no doubt informed by modern-day blockbuster sensibilities.

To its credit, the film does reflect the inevitable bewilderment of its fans in Kyle’s struggle to reconcile the past he knows with flashbacks that he gained from the time jump – and for those who are wondering what the science behind it may be, Sarah’s T-800 does offer some intellectual mumbo-jumbo in the form of a “nexus point”. That same logic is also used to justify the new date for Judgment Day, which is now scheduled to take place in 2017 via an omnipresent operating system known as Genisys. Just as the original tapped into the zeitgeist’s fears of technology, this reboot retains the same paranoia but updates it for the smartphone era of interconnected devices.

As we are soon told, Genisys is no more than a cover for Skynet to unleash global annihilation with the help of none other than John Connor himself, who has undergone a “machine phase matter” evolution to become a Terminator. If there is one conceit on which this new premise rests on, it is the complete reinvention of John Connor’s revolutionary leader, and Jason Clarke does an excellent job of making the character fearsome and formidable. His John Connor makes a perfect foil to Courtney’s Kyle Reese, whose fresh-faced earnestness makes him an endearingly empathetic hero. Somewhat less convincing is Emilia Clarke’s portrayal of a hardened Sarah Connor, especially when one recalls how compelling Cameron’s ex-wife Linda Hamilton was in the role. In contrast, the Sarah here lacks Hamilton’s combination of grit and vulnerability, which also in turn weakens the connection that she is supposed to develop with Kyle notwithstanding that we are foretold they are meant to fall in love and “mate” with each other.

On the other hand, the franchise’s most iconic star Arnold Schwarzenegger gets a pleasantly surprising breath of ‘Terminator’ roles with the parallel timelines – not only as the T-100 and T-800 we’ve seen him as, but also a much more visibly aged T-800 and a spiffy new upgrade right at the end. Schwarzenegger is still having fun turning his character’s utter humourlessness into deadpan comedy – and besides trying to add new catchphrases like “bite me” and “I’m old…not obsolete” into the lexicon, also has a field day trying to look friendlier by putting on a robotic smile. Much as Schwarzenegger is top-billed, he doesn’t hog the limelight, allowing his much younger co-stars to take centre stage in many of the scenes and playing back-up in case they need some metal-to-metal resistance against John Connor. Still, Schwarzenegger is pretty much synonymous with the franchise, and no one quite delivers them one-liners and catchphrases like he does.

Though he isn’t quite Cameron, Alan Taylor does a fine job keeping all the moving pieces together. As he did with ‘Thor: The Dark World’, Taylor demonstrates a workmanlike proficiency in summer blockbuster-making, alternating between deafening action sequences and obligatory exposition while interspersing the proceedings with cheeky self-aware humour and moments of obligatory poignancy. Unlike the entirely dour ‘Terminator Salvation’, Taylor pretty much keeps to the tone of the first two Cameron movies, so much so that his rendition feels familiar and fresh at the same time. Except for a massive vehicular smash-up on the Golden Gate Bridge that culminates in a school bus dangling over its edge, there are no standout sequences here, but Taylor maintains a brisk pace throughout so you’ll never get bored.

At this point in the franchise, it is perhaps too tall an order for any filmmaker to reclaim the aura of Cameron’s groundbreaking originals, but ‘Terminator Genisys’ comes the closest of the three sequels since to their spirit. Even if it isn’t outstanding, it is a fine piece of popcorn entertainment that is as good an introduction as any to the franchise as much as it will be nostalgia for fans, provided they can accept that the timeline they knew will be no more. And at thirty-one years (or sixty-seven for Schwarzenegger), one could certainly say that the Terminator is old, but as this sequel cum reboot shows, age does not necessarily make one obsolete.

(If you can accept a revisionist sequel of the Terminator franchise, you’ll enjoy this fine piece of summer popcorn entertainment that perfectly captures the spirit and tone of the James Cameron originals) 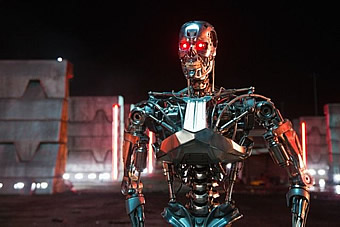 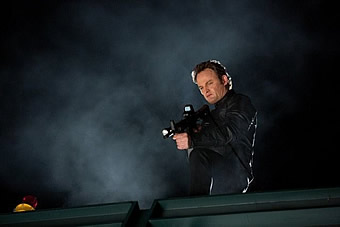 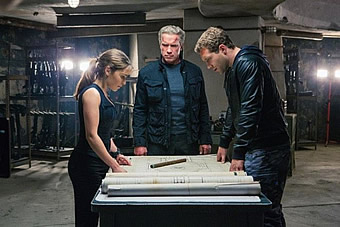 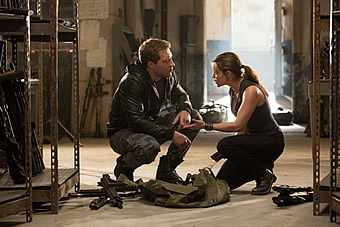