Synopsis: Violet (Elle Fanning) is a shy teenager who dreams of escaping her small town and pursuing her passion to sing. With the help of an unlikely mentor, she enters a local singing competition that will test her integrity, talent and ambition. Driven by a pop-fueled soundtrack, Teen Spirit is a visceral and stylish spin on the Cinderella story.

Being a teenager can be difficult at times. Especially if you are shy and quiet and if you live in a quiet town with a mundane and challenging life.

But what if you have the opportunity to come out and explore by joining a singing competition that gives you the chance of winning a recording contract and be recognised for your talent?

Teen Spirit is about a shy teenager called Violet (Elle Fanning) whom, upon chancing upon an advertisement on a singing competition, goes against her mother’s wishes and joined the competition with an unlikely help in a form of a retired opera singer. Through her journey, she fights against all odds and discover more about herself and life than just her desire to sing.

Teen Spirit tries to move away from the typical cliché box-office worthy format that you would expect from films of the same genre. So, there is much lesser theatrical-like drama and it is rather toned-down and slightly relaxed, giving it a much more ‘indie’ feel to the film. The director instead chooses to focus fully on the lead’s journey from plain Jane to underdog talent and on other elements of the plot.

The shift in focus is actually a refreshing take and gives the opportunity for the main characters to fully develop without too much ‘noise’. It helped that the setting was based in an idyllic town on the Isle of Wight, just off southern England, adding on to its rather indie appeal.

Playing with visuals like lighting and sounds and the modern approach to the filming direction makes up for the toned-down drama and ‘tranquillity’ of the film. Although the plot is simple, it is still slightly layered with a little complexity and depth to make the film less ‘flat’. The plot is also more realistic and not fairy-tale like, so what you see is a protagonist that is not your typical ‘extremely’ talented individual but someone who can be groomed and moulded, thus this element makes the film more accessible to viewers.

The film, however, suffers from trying to keep the viewers interested throughout the duration of the film. The slow pacing makes it really challenging for one to fully appreciate the beauty of the content and the true essence of the film. Thankfully, it was able to pick up halfway through the film, but it might have been slightly too late for some.

Apart from the protagonist and a few other characters, the cast in general were not given much of a chance to fully develop their characters and become slightly forgettable in a film that dares to explore a different style against many predecessors.

Still, the film still leaves viewers with a feel-good and encouraging ending that is unlikely, yet doable and imaginative. And with a playlist that includes songs that are re-engineered to fit the scenes, accompanied by pleasant voices, it is without doubt that Teen Spirit still lives for the music, an important element of its genre and demographic.

Teen Spirit tries to inspire and despite its nonchalant beginning and slow pacing, the gradual pick up and pleasing storyline, alongside reformed covers of selected modern hits, makes the film a pleasant one.

The film will definitely leave one feeling at ease, knowing that in the end, the protagonist has found a certain inner peace and came out of her little shell with her newly-developed potential. Like the title of the film, “Teen Spirit” is truly a celebration of change and coming-of-age and dealing with life and the true meaning of winning during the developing years.

(A surprisingly pleasant film that is sure to gain the likes of indie followers and other viewers, if you have the patience to wait for it to warm up fully) 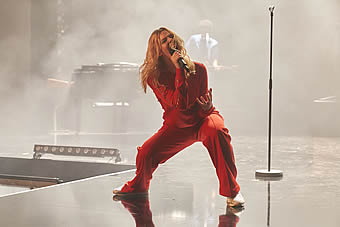 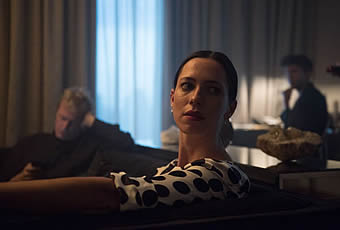