Synopsis: SX Tape follows Adam, a filmmaker, and Jill, an aspiring painter, as they attempt to spice up their relationship by recording a sex tape. Adam is still recording when they find an old abandoned hospital that could be a potential location for Jill’s upcoming exhibition. Inside, Adam still attempts several sex games in camera but what he unwillingly documents is a slow but unstoppable change in Jill. It quickly becomes apparent that they’re not exactly alone in their new ominous surroundings. Soon, the couple realizes that some sex tapes should never be made as their kinky adventure turns into a desperate fight for survival.

As much as ‘Paranormal Activity’ breathed new life into the found footage genre, it also set off a whole wave of bargain basement copycats which believed that all you needed to make a horror movie was two people and a camcorder. And if you need an example of just how low the genre has sunk, look no further than this latest from ‘PA’ co-producer Steven Schneider, ‘SX Tape’.

Scripted by first-timer Eric Reese and directed by veteran British filmmaker Bernard Rose, it follows the sexual exploits of a young couple from their apartment to their car and finally to an abandoned building that used to be a hospital. The half of the couple we often see in front of the camera is aspiring visual artist Jill (Caitlyn Folley), whom her boyfriend and cameraman Adam (Ian Duncan) has chosen as the subject of his new film. Just why she agrees for her ticket to fame to be a sex tape is beyond us, and so too the filmmakers it seems, who offer no reason whatsoever for that aberrance.

In any case, it is under the guise of using the former hospital as a venue for Jill’s art show that the pair enters its eerie confines, and we are told at the beginning by Adam that it used to be a place where unwed mothers could get secret abortions – and later on, it seems, even lobotomies. As narrative convention dictates, one of them has to be reluctant and the other foolhardy – the former of which falls to Adam and the latter to Jill – in order for a good part of the subsequent dialogue to consist of them arguing whether or not to explore the building further.

Nothing really much happens over the entire course of the movie; besides creaks and unexplained noises, the only paranormal activity going on is Jill’s obsession with doing it on a dirty bed with restraints. There is but one critical turning point, and that is with the addition of two other characters – Jill’s best friend Elly (Diana Garcia) and her boyfriend Bobby (Chris Coy) – whom they call upon to pick them up after their car is towed away. Too bad for Jill and Adam, neither is good help, so instead of leaving the place at the first opportunity, they end up going back in for another tour of the grounds.

A prologue at the beginning already tells you that none of the others – with the exception of Jill – make it out alive, so what follows is an increasingly frustrating wait for Adam, Bobby and Elly to meet their respective denouements. Even then, the wait is hardly worth it – not just for how predictable it all turns out (especially with the introduction of a narratively convenient handgun), but for the countless nausea-inducing shots of one character screaming another character’s name while running or walking down abandoned hallways.

But what truly takes the cake is the fact that there is just one ghost – yes, you read us right – just one that appears in the form of a young lady in a white dress seen running towards the camera at the halfway mark and who only reappears right at the end to provide some semblance of an explanation for Jill’s erratic behaviour. Only an old case file and a coda provides any form of backstory just who this apparition is; and while the filmmakers may claim the lack of such details is de rigueur for the found footage format, the blatant absence of any effort to make the jolts more compelling smacks of laziness.

There are no two ways about it. ‘SX Tape’ is a terrible excuse of a found footage horror, and for that matter, a terrible excuse for a movie regardless of genre. It is even more deplorable for trying to draw an audience in under the guise of a sex tape. For the record, there is little in here that is titillating and those looking for some scares this Halloween (its theatrical release here no doubt timed for that occasion) will be sorely and plainly disappointed. Horror fans may also note that Rose is the director of a certain cult classic called ‘Candyman’, and we advise you to revisit that instead of this sorry excuse of a movie.

(Two people, a camcorder and an abandoned building don’t make a horror movie) 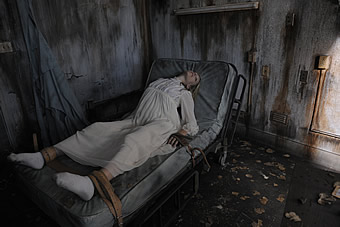 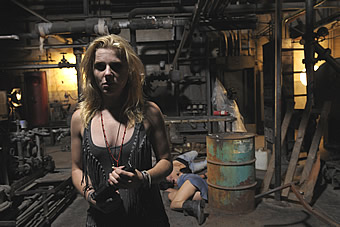 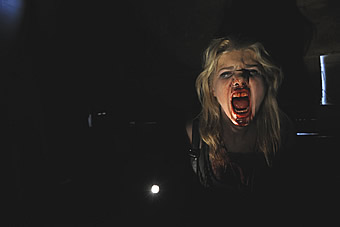 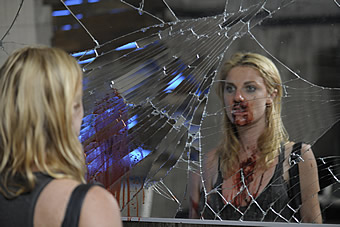 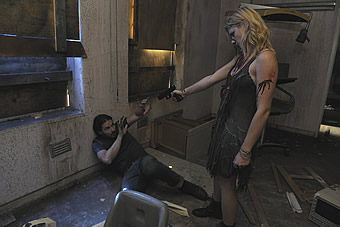