Synopsis: A cryptic message from the past sends James Bond on a rogue mission to Mexico City and eventually Rome, where he meets Lucia Sciarra (Monica Bellucci), the beautiful and forbidden widow of an infamous criminal. Bond infiltrates a secret meeting and uncovers the existence of the sinister organisation known as SPECTRE. Meanwhile back in London, Max Denbigh (Andrew Scott), the new head of the Centre for National Security, questions Bond’s actions and challenges the relevance of MI6, led by M (Ralph Fiennes). Bond covertly enlists Moneypenny (Naomie Harris) and Q (Ben Whishaw) to help him seek out Madeleine Swann (Léa Seydoux), the daughter of his old nemesis Mr. White (Jesper Christensen), who may hold the clue to untangling the web of SPECTRE. As the daughter of an assassin, she understands Bond in a way most others cannot. As Bond ventures towards the heart of SPECTRE, he learns of a chilling connection between himself and the enemy he seeks, played by Christoph Waltz.

If there in fact was any writing on the wall, it would read that ‘Skyfall’ was always going to be a tough act to follow, even if the same creative team – including director Sam Mendes and screenwriters John Logan, Neal Purvis and Robert Wade – were re-assembled. Who better to know this than Mendes himself, so rather than try to top the former’s dramatic gravitas, ‘Spectre’ finds Mendes pay homage to the death-defying franchise’s heritage, shaken and stirred with a mix of playfulness and reverence. And so even though it won’t go down the 007 canon with the same effusive regard, let it also be known that this follow-up is in fact a perfectly enjoyable Bond movie in its own right.

Beginning with a gasp-inducing pre-credits sequence on the Day of the Dead in downtown Mexico City, Mendes shows that he has no intention of letting the emotionally devastated Bond grieve in private after the death of Judi Dench’s M. There to hunt a professional assassin on the late M’s orders, Bond struts the streets in a masked skeleton costume, goes back to a hotel room with a local bombshell, and scales the outside of a building in a dazzling single unbroken take. Oh yes, Mendes isn’t content to rest on his laurels, and as the sequence ends with Bond in a helicopter repeatedly looping the loop over a packed city plaza, there is no doubt that ‘Spectre’ doesn’t intend to play it safe.

True enough, this is but the first of several beautifully executed action setpieces including a gripping car chase pitting an Aston Martin DB10 against a Jaguar C-X75 through the streets of Rome, a stunning rescue attempt involving a twin-propeller plane along the snowy slopes of Austria, an exciting mano-a-mano fistfight between Bond and Dave Bautista’s rival assassin Hinx on board a moving train, and last but not least a race-against-time to evacuate from an abandoned building rigged with explosives. There is pure white-knuckle exhilaration to be had in each one of these sequences, and Hoyte van Hoytema’s crisp cinematography captures every bit of the handsomely mounted action in full unblemished detail.

Forming the narrative glue is a sinister conspiracy involving a shady criminal organisation named SPECTRE, led by the mysterious Franz Oberhauser (Christoph Waltz). It turns out that the same organisation has been behind the events of the last three Bond films from “Casino Royale’, which in turn leads Bond to catch up with his former nemesis White (Jesper Christensen) in a deserted winter cabin and later on seek out, protect and fall in love (not necessarily in that sequence) with White’s daughter Madeleine Swann (Lea Seydoux). Meanwhile, back in London, the new M (Ralph Fiennes) tries to protect Bond and the entire double-O secret agent programme from a bureaucratic threat in the form of MI5 boss Max Denbigh (Andrew Scott), who believes that tux-wearing secret agents are the past and wants to put in its place a global surveillance initiative called ‘Nine Eyes’.

Not since 1971’s ‘Diamonds are Forever’ has a Bond film attempted to string together a collective enemy from its previous romps, and as tantalising as that may sound as treatment, it doesn’t actually play out quite as compellingly. Indeed, it is a little hard to believe that the elusive Oberhauser, who had been hiding behind White and Javier Bardem’s Silva in ‘Skyfall’, would now personally step out of the shadows and confront Bond when he has at his disposal many other assassins who could very well do his bidding. It also doesn’t help that Waltz’s Oberhauser is a less menacing villain than either one of his previous henchmen, so much so that we never get the sense that he is an equal match whether by skill or wit for Bond.

Speaking of Bond, ‘Spectre’ continues in the vein of its predecessor by painting him as an emotionally hollowed individual whose childhood wounds had left deep psychological scars that may not have healed as much as what we can see from the outside. Yet rather than isolating him even further, Bond is offered a lifeline of redemption through the steely yet fragile Madeleine, whom he genuinely has feelings for (unlike say Monica Bellucci’s not-so-grieving widow). And by virtue of that, Mendes’ sophomore Bond outing isn’t as dark as his first; in fact, without giving anything away, let’s just say that it does give Bond a happy ending and the hope of a better tomorrow.

Yes, in ‘Spectre’, Mendes tries to find a middle ground between the campy, comedic tone of the very first Bond films and the grittier, moodier atmosphere of the last three movies. Faithful Bond fans will recognise the nods, nudges and witty allusions that Mendes has inserted into the movie - an Alpine clinic that recalls the mountaintop retreat in ‘On Her Majesty’s Secret Service’; Oberhauser’s 1948 Rolls-Royce Silver Wraith that echoes Goldfinger’s vintage Rolls-Royce Silver Ghost; Bond’s Aston Martin’s ejector seat and boot-mounted machine guns; and the tussle between Bond and Hinks that recalls a similarly set brawl in ‘The Spy Who Loved Me’ to mention a few. Even more than ‘Skyfall’, ‘Spectre’ is heavy on franchise nostalgia, which has a nice thematic resonance with Bond’s quest to prove himself relevant in an era of drone strikes and the military-industrial surveillance complex.

Holding all these elements together is Daniel Craig, who in his fourth outing as Ian Fleming’s secret agent proves that he is one of the best Bonds and an equal to Sean Connery. Not only does he convey the unflappable air of the character, Craig does it while conveying an emotional vulnerability to Bond that had hereto froth been unseen before this and ‘Skyfall’. It is a mesmerising take on the classic super-spy, one that gives unexpected depth and poignancy where the rest was largely gloss and sheen. Craig also has some nice moments with Seydoux, and while the latter could certainly do with some more screen time, there is genuine spark in the connection between the pair. Bond’s globe-trotting also means he has less time on the people back home, but Naomi Harris's Moneypenny and Ben Whishaw’s Q provide excellent support to Craig when called upon.

And so even though it doesn’t exactly make the sky fall, ‘Spectre’ still ranks as one of the best Bond films ever made in terms of action, intrigue, spectacle and style. Oh yes, Bond is suave and debonair as ever, but the film isn’t just ‘cool’ because of Bond; indeed, it is Mendes who keeps his sophomore Bond outing classy all the way through, one of his best touches is a deliberately extended introduction to Waltz’s big bad that keeps him shrouded in the shadows until the very end. If the rumours are true that this is in fact Craig’s final bow as 007, there is no doubt that the actor departs on a veritable high.

(Not quite ‘Skyfall’ great - but ‘Spectre’ is as fine a follow-up as one can expect in terms of action, intrigue, spectacle and style that also proves Daniel Craig is one of the best Bonds ever) 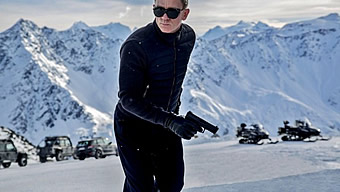 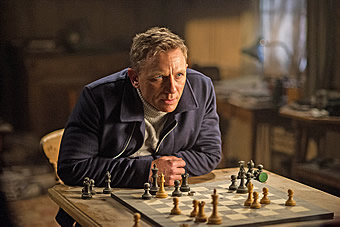 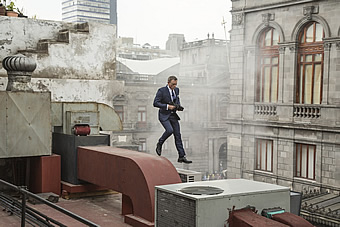 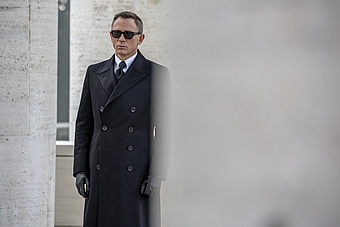 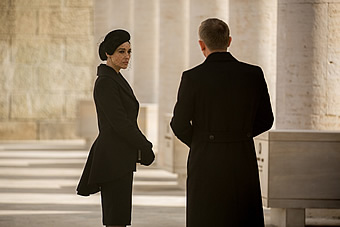 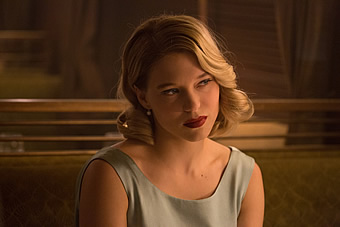