Synopsis: LI ANSHENG is an ordinary 30 year-old working woman. Her quiet life in Shanghai is suddenly disrupted by the publication of a novel, entitled “Qiyue and Ansheng”, a chronicle of her friendship with QIYUE during her youth. Coupled with an accidental encounter with SU JIA-MING, her long repressed memories are unleashed with the force of a tsunami…

Everyone loves a fresh faced actress, and in Derek Tsang’s first feature film.

Tsang, who is also popular Hong Kong actor Eric’s son, cast actresses Zhou Dongyu and Ma Sichuan in the adaptation of Annie Baby's web novel “Qiyue and Ansheng” – and these two good looking Mainland Chinese actresses will be vying for the coveted Best Actress accolade at the upcoming Golden Horse Awards in November.

We are glad to report that these are well deserved nominations, and it would be nice to see either of them bring back the trophy (they will be competing with The Tag Along’s Hsu Wei Ning, I Am Not Madame Bovary’s Fan Bingbing and The Road to Mandalay’s Ma Sichun).

Zhou (you may remember the 24 year old actress from Zhang Yimou’s The Love of the Hawthorn Tree) and Ma (the most notable role taken on by the 28 year old was Daniel Lee’s adventure caper Time Raiders) deliver emotionally engaging performances as two friends with opposite personalities. One comes from an unhappy family and chooses to wander the world and make do with odd jobs, while the other studies hard, gets a corporate job and is en route to marrying a handsome young man to form a picture perfect family.

Can two people with such different lifestyles be the best of friends in real life? You bet.

We begin the 110 minute film with Ansheng (Zhou) being tasked by her boss to track down the author of a serialised web novel, which features a story that is progressively being written. It turns out that one of the main characters of this novel is based on Ansheng. From there, we get a glimpse of Ansheng’s lifelong friendship with Qiyue (Ma). We see how the duo start off as childhood friends, before growing up to be attracted to the same guy (Toby Lee, who takes on a role that requires him to be the eye candy of the film). In a most melodramatic manner (not in a bad way, actually), the two ladies are torn apart and eventually brought back together in a heart wrenching finale.

The first thing you will fall in love with is the gorgeous cinematography and the exquisite art direction. You feel like you are growing up with the two protagonists as they transit from one environment to another. You will also hum along to the earworms that the filmmakers incorporated into the storyline: Cui Jian’s (a pioneer in Chinese rock) “Flower Room Girl” and Faye Wong’s “Anxiety”. Wong’s daughter Leah Dou also wrote, composed and performed a new tune “(It’s not a crime) It’s just what we do” which is nominated for Best Original Film Song at the Golden Horse Awards.

Do not let the film’s marketing angle of being an award bait get to you. The story is a heartfelt one that makes you ponder about what life has in store for you, and possibly that friend whom you thought will be taking the journey with you. Tsang’s sure handed direction helps to move the film along at a steady pace, with the hopes that you will be moved by the story. 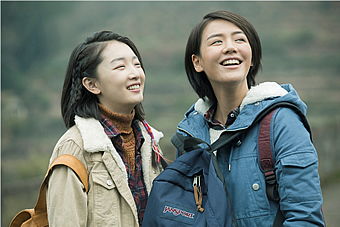 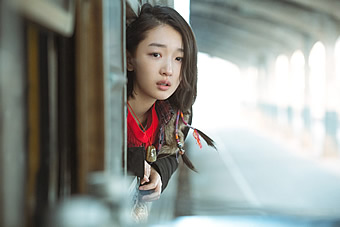 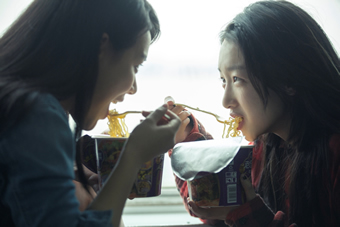