Synopsis: American security guard, Richard Jewell (Paul Walter Hauser), heroically saves thousands of lives from an exploding bomb at the 1996 Olympics, but is unjustly vilified by journalists and the press who falsely report that he was a terrorist.

Just like the additional “L” at the end of his surname, Richard Jewell is similarly excessive in so many ways. The man-boy exhibits a strong desire in policing, has an unwavering (if naive) unimpeachable image of law enforcement, and fiercely protects the innocent. The zealousness in which he shows this, sadly becomes the reason for a bitter twist of fate.

Richard Jewell is based on the true story of a brave, if simple, man, who in his desire to save the lives of others at a bomb site, is made scapegoat by the media and very law enforcers he worships. This hero-to-zero case study highlights how different agendas can warp the truth, and have a disastrous impact on lives.

In 1996, at the Summer Olympics in Atlanta, Georgia, Richard (Paul Walter Hauser), who was performing security guard duties, discovered a suspicious backpack under a bench in Centennial Park. With a full concert in swing and the festivities, Richard pushed past the complacency of his colleagues, and got the package verified by a bomb squad as a legit pipe bomb. Even though it still went off and claimed casualties, Richard’s alertness saved many others.

Celebrating his heroic act, the media went to town, and offers came fast and furious. That is, until a previous employer alerted the investigating officers from the FBI, agents Shaw (Jon Hamm) and Walker (Mike Phiewski) about some of Richard’s past transgressions, including harassing students and pretending to be a traffic officer to pull over vehicles on the highway.

Suddenly, he becomes a prime suspect, spun to be the fame-hungry terrorist who pretends to be the hero. And did the media lap it up. What they say about the rise and fall couldn’t have been truer for Richard, and in a last attempt to save the situation, he calls upon an old lawyer friend to help him.

Sam Rockwell plays Watson Bryant, a roguish attorney with a heart of gold - the only one who didn’t treat Richard with condescension. The feisty guy is no-nonsense but effective, and Rockwell demonstrates all his charm as this incredible character.

Clint Eastwood is an old hand at directing such riveting human drama, and Richard Jewell is no different as a project full of heart. That said, there are characters within the story that take things to extremes, and just might rub people off the wrong way.

Hamm and Phiewski are flat out unlikable, and odd in their steadfast persecution. There’s not much reason behind this past the fact that Eastwood wants to really drive the message of relooking at authority into his audience. This is made worse by Kathy Scruggs (Olivia Wilde), the hungry journalist who stops at nothing to get her breakthrough story - including sleeping with agent Shaw for the tip-off. If this old-school cliche doesn’t get you up in arms, the feminists will certainly cry for blood.

Fortunately, Hauser and Rockwell gives us stunning performances as the maligned and his defender. Hauser’s commitment to the title character is extremely watchable, and especially satisfying when he arrives at personal awakenings. Rockwell’s performance is rich and compelling, and any scene with him in it is always a standout. Kathy Bates supports this duo with her role as Jewell’s mother, helping to soften the proceedings with some needed vulnerability.

Richard Jewell’s story is an incredible tale to follow, and led by mostly stellar performances, keeps Eastwood in good stead as an adept storyteller of those disfranchised by society.

(Compelling performances by Hauser as the lead and Rockwell as his attorney bonds this film and gives it great depth. The striking storyline is a bonus) 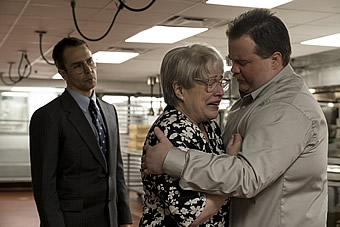 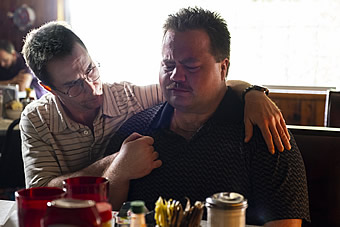 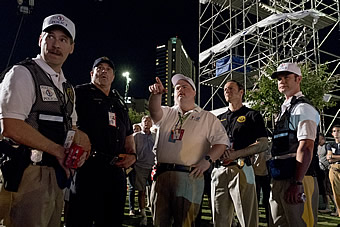 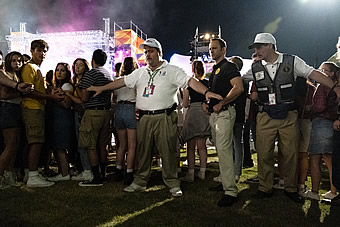 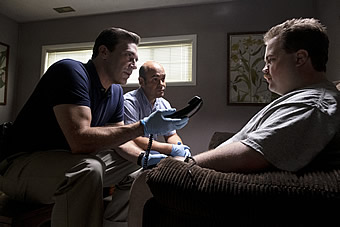