Synopsis: Directed by acclaimed filmmaker Peter Berg (LONE SURVIVOR, and DEEPWATER HORIZON), PATRIOTS DAY is an account of the 2013 Boston Marathon bombing and the everyday heroes who inspired the world in the extraordinary hours that followed. In the aftermath of an unspeakable act of terror, Police Sergeant TOMMY SAUNDERS (Mark Wahlberg) joins forces with courageous survivors, first responders and investigators in a race against the clock to hunt down the bombers before they strike again. Weaving together the stories of Special Agent RICHARD DESLAURIERS (Kevin Bacon), Police Commissioner ED DAVIS (John Goodman), Sergeant JEFFREY PUGLIESE (J.K. Simmons) and nurse CAROL SAUNDERS (Michelle Monaghan) this visceral and unflinching chronicle captures the intensity and edge-of-the-seat suspense that riveted the world.

This movie would have worked a lot better if this reviewer was an American, or more specifically, a Bostonian. Rightfully so, because this thriller is based on the 2013 Boston Marathon bombing and the subsequent terrorist manhunt.

For those who are unfamiliar with the incident, two pressure cooker bombs exploded near the finishing line at the Boston Marathon on 15 April 2013. The explosion killed three civilians and injured more than 260 others. What followed was a manhunt for the suspects – two Chechen brothers who were identified from photographs and surveillance videos. Eventually, one was fatally shot while the other was arrested and sentenced to death.

Based on the book Boston Strong by Casey Sherman and Dave Wedge, this 133 minute movie brings viewers behind the scenes of the incident, bringing out the dynamics between the involved agencies, as well as the personal lives of the different individuals.

If the tragedy happened on our shores, the sentiments towards this movie would definitely have been stronger. We still think this is a solid production though, as feelings towards the heroes behind the war on terrorism are universal.

You probably can’t please everyone when you adapt a real life incident into a movie. Details may be left out, and facts may be altered for dramatisation. This is probably the case here, as the movie tries its best to present the event in the most subjective manner possible.

We’d like to think that the filmmakers’ objective of making this movie is a noble one – to pay tribute to the people who played a role in the real life tragedy. While the more cynical viewers may feel that it is an exploitative move, we feel otherwise. Emotions and action are played out adequately, thanks to a capable cast. There are some truly gripping sequences: watch out for an exhilarating exchange of gunfire between the suspects and the cops in one scene, as well as another nail biting scene where the suspects carjack an an unknowing Chinese immigrant.

Production values are high in this recommended movie – from Tobias Schliessler’s cinematography and Colby Parker Jr and Gabriel Fleming’s editing, to Trent Reznor and Atticus Ross’s score. With filming done in Bostonwhere the incident took place, there is a sense of authenticity and grit.

As you’d usually expect from a movie based on real life events, the real life characters appear at the end to talk about their reflections, while those who have lost their lives are fondly remembered on screen. This approach always works, and you’ll walk out of the theatre feeling that we can really stand together hand in hand to fight terrorism.

(The real life tragedy may not have taken place on our shores, but the noble tribute featuring solid performances from its cast manages to evoke the right emotions) 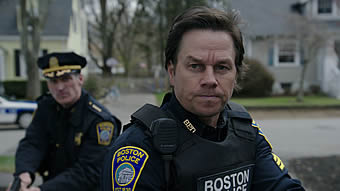 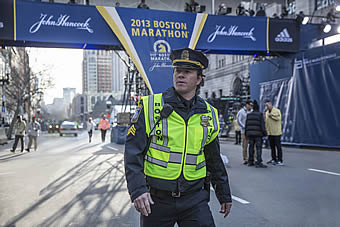 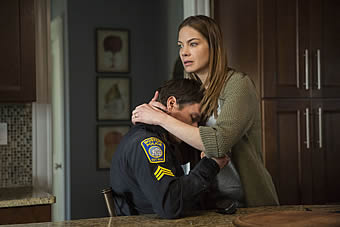 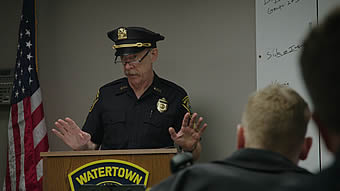 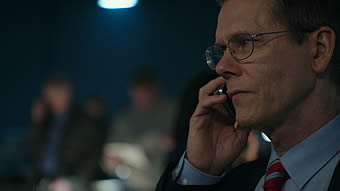