Synopsis: When Artie Decker (Billy Crystal) and his wife Diane (Bette Midler) are left alone to care for their grandkids, Grandpa’s old-school methods collide with their modern ways of “teachable moments,” no punishments, and overall lack of fun. Even as the once-orderly household begins to spin out of control, the grandparents employ some unexpected tactics to win them over and teach them to be… kids.

A clash of parenting styles forms the premise of the formulaic but funny family comedy ‘Parental Guidance’, which sees grandparents Artie (Billy Crystal) and Diane (Bette Midler) pitted against their only daughter Alice (Marisa Tomei) and her husband Phil (Tom Everett Scott) in the upbringing of the latter’s three kids Harper, Turner and Barker. Actually the conflict is really between Artie/ Diane and Alice; whilst the former believe in play and the occasional indulging and chiding, the latter believes in accomplishments, a controlled parenting and the use of encouraging words.

Their collision begins with Diane engages her parents Artie and Diane to look after her kids while she and Phil take the opportunity of a work-related trip to spend some alone time with each other. Though Artie is none too excited about spending a week with his grandchildren he thinks doesn’t like him, Diane is elated at the chance of connecting with them, especially since her daughter Alice and consequently her grandchildren have grown increasingly distant with who they term “the other set of grandparents”.

You can pretty much see where the story is headed – parent and grandparents will argue and bicker with one another before finally reaching that happily-ever-after ending where each realizes that he or she has not always been right. Along the way of course, each character gets his or her own personal issues to be resolved by the time Artie, Diane and Alice come to that common understanding that none of them has all the right answers to the best form of parenting. Rest assured, both writers – Lisa Addario and Joe Syracuse – know the formula down to a pat and are content to just stick with the familiar.

Two things however make this predictably schmaltzy outing work – one, the stars, in particular the veterans Crystal and Midler; and two, director Andy Fickman. Crystal, who drew on his own grandparenting experience for the story, is undoubtedly the best thing that the movie has going for it. Proving his comedic timing to be just as sharp despite a decade’s hiatus from the big screen (his last was the lackluster 2002 sequel ‘Analyze That’), Crystal is witty and lively as ever whether quibbling with the kids or quipping about baseball – the latter of which, we are told right from the start of the movie, was his longtime gig until management decided to go with someone who tweets and pokes.

Crystal’s wisecracking act is matched by a warm performance from Midler, whom he shares great chemistry with. More than a sequence depends on the vivacious repartee between the two veterans, and the pair even share a short dance sequence that allows Midler to demonstrate her vocal prowess. Between them, they have more than enough energy to deal with Harper’s incessant worries about her violin auditions, Turner’s insecurities manifested in his stuttering speech, and Barker’s whims expressed through an imaginary kangaroo friend named Carl.

All that shtick is directed with snap by Andy Fickman, who has proven with the Disney comedies ‘The Game Plan’ and ‘Race to Witch Mountain’ that he understands the language of broad family comedies. He knows the punchline in every scene, and never lets one drag on past its welcome. He also manages the tempo of his child actors properly, so that neither of their idiosyncrasies cross the line from being endearing to annoying. And above all, he never overplays the schmaltz, so that the emotional beats of the movie are never overdone.

Sure it does get predictably sentimental especially at the end when differences are embraced and familial bonds are reaffirmed, but such family fare works as comfort food that young and old can easily identify and enjoy. At least the jokes hit more than miss, the actors look genuinely in the game, and even the mawkish parts do get to you – so if you’re looking for something the kind of classic Hollywood comedy the whole family can enjoy, ‘Parental Guidance’ is your safe bet. 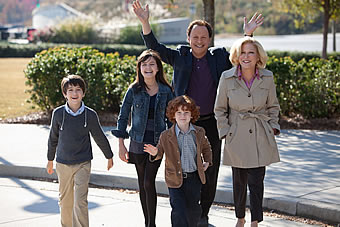 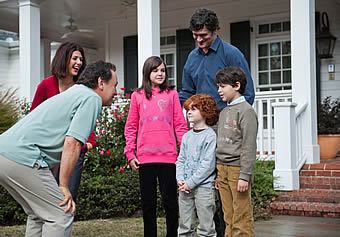 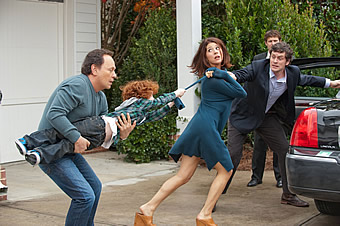 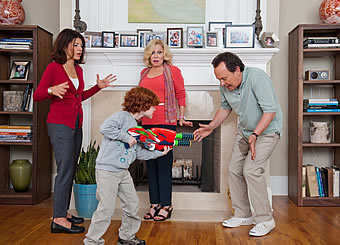 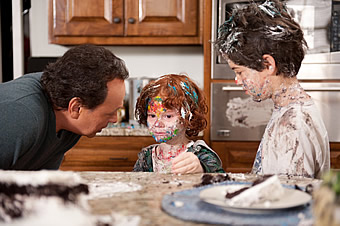