Synopsis: As FANG YUAN (TANG Wei) prepares for her marriage, she begins to develop doubts as the words of a fortune teller from years past echo in her mind--her fated lover will be a man named SONG KUNMING (LIAO Fan). As fate would have it, Fang receives a call from her fiancé’s high school classmate, telling her that he can’t come to the wedding because he’s on a business trip in Italy. To her great surprise, the classmate’s name is none other than Song Kunming. Believing that destiny is calling, Fang takes a leap of faith and suddenly flies to Italy in search of her fated Song. Produced by legendary director, FENG Xiaogang, and based on the classic 1994 US film, ONLY YOU, is a charming and funny romantic-comedy where two hearts come together--as long as they follow their destiny.

More often than not, the words “rude”, “rowdy” and “coarse” would have come to your mind when you see a group of Mainland Chinese tourists while you are on holiday. Now how about this, the very gorgeous Tang Wei (Lust Caution, The Golden Era) and the very macho Liao Fan (Let the Bullets Fly, Black Coal Thin Ice) serenading the streets and countryside of Milan and Florence, Italy. Would you still think negative thoughts of Mainland Chinese?

Ah, that’s how reel life works so differently from real life. Here, Tang and Liao star in the remake of Norman Jewison’s 1994 romance comedy Only You, starring Marisa Tomei and Robert Downey Jr. While it is an odd decision to select this not very known title to give it an Asian twist, one cannot doubt the star power of the Zhang Hao directed movie. Tang and Liao are two very big names in the the Chinese market, and it is definitely a commercial business decision for production company Huayi Brothers to select this movie as its first project to be financed through its new US arm. The fluffy comedy is already showing in the States, and it would be no surprise if it reports decent box office takings.

Newcomer director Zhang is backed by the established Feng Xiaogang as the movie’s producer, and he presents one picturesque postcard image after another in the 114 minute movie. Tang plays a bride to be who flies to Italy in search of the true love who goes with the name “Song Kun Ming”, as told to her by her fortune teller. In the foreign land, she is supposed to hunt down her fiancé’s high school classmate played by Liao, who, presto, has the exact name “Song Kun Ming”. Things take a little turn as this man isn’t who he is supposed to be, and viewers are taken on a tour of the painting worthy landscapes in Italy.

You have to admit the story isn’t anything to shout about, and you know the two protagonists will come together before the end credits run (the production company wouldn't have allowed a riskier ending), but you are glued to your seats, thanks to the lovely chemistry between the two leads. Tang and Liao probably know they don’t have much to work on with the thin storyline, but they banter along and keep audiences adequately entertained.

Things don’t hurt with the pretty backdrops either. The tourist board would have been pleased with the cinematographer’s work on this movie, as it brings out the best of Milan and Florence. Couples who want an experience as magical and the stars should start checking out tour packages.

When you step out of the theatre in real life, you can only hope there’s that someone out there who’s your true love. It would be a bonus if he or she is waiting for you in a place with breathtakingly beautiful landscapes. How good looking the two of you are, that’s something we can’t really help with.

(There isn’t much of story in this formulaic rom com, but the stars’ charm and the locations’ picturesque backdrops make up for it) 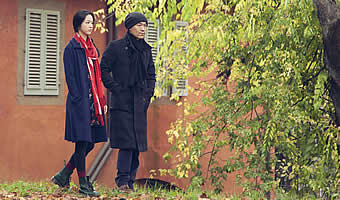 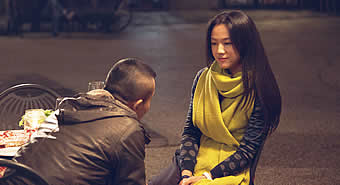 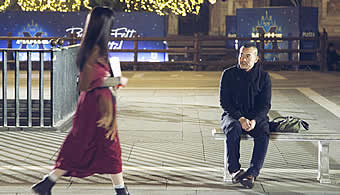 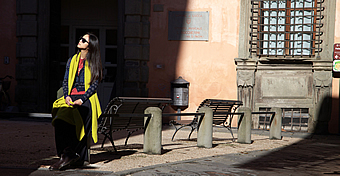 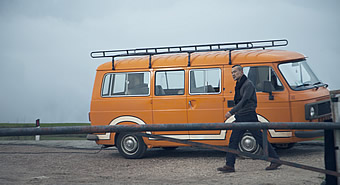