Synopsis: When the White House (Secret Service Code: "Olympus") is captured by a terrorist mastermind and the President is kidnapped, disgraced former Presidential guard Mike Banning finds himself trapped within the building. As our national security team scrambles to respond, they are forced to rely on Banning's inside knowledge to help retake the White House, save the President, and avert an even bigger disaster.

Twelve years after the events of September 11, Hollywood offers up one of America’s most prominent landmarks for devastation by hostile foreign elements – and if that isn’t bad enough, then how about the fact that it isn’t just submitting one, but two different hypothetical scenarios how such an unthinkable catastrophe might just occur. Yes, ‘Olympus Has Fallen’ comes as the first of two products of Hollywood imagination about the fall of the White House – the next being Roland Emmerich’s ‘White House Down’ timed for this summer – and besides having the advantage of being first out of the court, it is also likely to resonate more no thanks to the current geopolitical climate.

Whether out of prescience or sheer coincidence, first-time screenwriters Creighton Rothenberger and Katrin Benedikt imagine a surprise attack by the North Koreans on American soil just as the South Korean President calls in on ruling American President Asher (Aaron Eckhart) following weeks of rising tensions along the DMZ border. Sound familiar? Well, Rothenberger and Benedikt’s clairvoyance goes one step further by adding a nuclear element to the unfolding proceedings, with the Korean terrorists aiming to gain control of a fictional top-secret denuclearisation system by the US called Cerberus.

With the added frisson of timeliness, director Antoine Fuqua’s throwback to the retro- thrillers of the 80s and 90s (think Die Hard or Lethal Weapon) acquires a fresh new edge, complemented by his flair for staging over-the-top action sequences. Nowhere is the latter more evident than in the swift, vicious and yet downright exhilarating scene-setting sequence that is thankfully more realistic and coherent than what the trailer hints at – essentially a two-pronged attack with the first being an air attack from a low-flying cargo plane and the second being a ground assault from a busload of tourists.

What follows is standard action-thriller stuff done absolutely right, the narrative built around that of a disgraced law enforcement official given a chance to redeem himself by saving the day – and of course the President. That hero is former top Secret Service agent Mike Banning (Gerard Butler), who in the opening prologue is made a pariah when a freak accident claims the life of the First Lady (Ashley Judd in a sparkling cameo). Transferred to the neighbouring Treasury building, Mike hopes to get his old job next to the President in the White House back, but his director Lynne Jacobs (Angela Bassett) tells him that Asher is not ready just yet.

Amid the hail of gunfire and explosions, Mike becomes the only point of friendly contact from within the White House, feeding intel to his bosses at the Pentagon – including the gung-ho Head of the Joint Chiefs General Clegg (Robert Forster) as well as the Speaker of the House and Acting President Alan Trumbull (Morgan Freeman). And as the terrorists led by the megalomaniac Kang (Die Another Day’s Rick Yune) have the President and his aides held hostage in the White House’s emergency underground bunker, it will also come to Rick to take down the terrorists one by one.

Comparisons with ‘Die Hard’ are absolutely valid, but that familiarity in no way diminishes the guilty pleasures one gets from watching Fuqua’s film. Best known for directing Denzel Washington to a Best Actor Oscar in ‘Training Day’, Fuqua has never been one for subtlety, but his lack of restraint accounts for much of the film’s infectious thrills. The patriotism is overwrought – a tattered American flag falling slowly from the roof of the White House against a flame-red sunset – but there’s no denying its impact in emphasising the extent of the disaster. Banning’s taunts against his enemy are largely cheesy, but they do add gusto to the enmity between him and Kang, particularly in the context of the final showdown in which Banning promises to ‘put a knife through Kang’s brain’.

Nonetheless all that is just icing for the cake – what we are really here to see is Banning kick ass, and indeed Fuqua doesn’t disappoint. After that awesome takeover of 1600 Pennsylvania Avenue, Fuqua lets the movie settle into a taut cat-and-mouse game within the many rooms, darkened hallways and secret passageways of the White House, with Banning’s previous experience putting him in good stead to outwit and out-manoeuvre Kang’s gang of well-trained, black-clad commandos. The ensuing series of close-combat fights are brutal and pulse-pounding, though not without a wicked sense of humour – one we particularly enjoyed was that where Banning uses a heavy bust of Lincoln’s head to knock a baddie out cold.

The hard-hitting role also gives Butler a chance to return to his R-rated action hero roots from which a certain movie called ‘300’ sprung him into fame. Butler channels his best Bruce Willis here – complete with the latter’s signature mix of wisecracks and threats – but goes beyond a carbon copy of John McClane by putting his physicality to good use throughout the many mano-a-mano scenes in the film. He also has a surprisingly strong ensemble cast for support – besides those mentioned earlier, there’s also Academy Award winner Melissa Leo as the defiant Secretary of Defense who gets an especially unceremonious treatment by Kang.

But ‘Olympus Has Fallen’ isn’t a movie about niceties nor any sort of nuances; this is an unabashed remake of ‘Die Hard’ – right down to a rooftop adventure gone bad – that revels in its desire to satisfy audiences starved of the kind of the tough bloody action that such unapologetically entertaining thrillers of the past used to offer. Yes indeed, the premise that one man should save the day might seem like a hoary cliché, but let’s face it, plot and originality are not the priorities here. Instead, Fuqua delivers thrill after thrill with brutal adrenaline-pumping precision, the added real-world relevance of the North Korean threat giving the proceedings a convincing boost. Putting aside the context however, this is meant to be a diverting slice of action entertainment, and let’s just say that on that count, it is as perfect as it gets.

(Taut, brutal and relentlessly thrilling, this high-concept ‘White House Down’ thriller is a modern-day ‘Die Hard’ done to perfection) 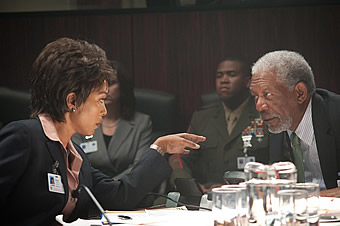 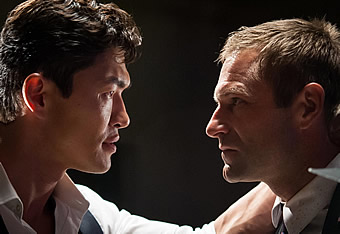 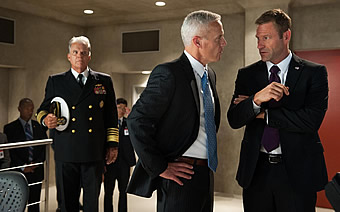