Synopsis:  From the Oscar winning director of EYE IN THE SKY comes the untold true story of one woman’s fight for truth. 2003. As politicians in Britain and the US angle to invade Iraq, GCHQ translator Katharine Gun (Keira Knightley) leaks a classified e-mail that urges spying on members of the UN Security Council to force through the resolution to go to war. Charged with breaking the Official Secrets Act, and facing imprisonment, Katharine and her lawyers set out to defend her actions. With her life, liberty and marriage threatened, she must stand up for what she believes in…

By now, it should be clear that former United States President George W. Bush’s war on Iraq on the premise that its dictator Saddam Hussein had weapons of mass destruction was no more than a farce. But back in 2003, both Bush and former British Prime Minister Tony Blair had led a full-fledged PR offensive to make the world believe that Saddam was an imminent threat, in order to gain legitimacy for declaring war. In fact, the US went as far as to ask for incriminating personal details in the lives of UN representatives from small countries to blackmail them into voting for a UN resolution on Iraq, and had sought the same from its UK counterparts.

Co-written and directed by Gavin Hood, ‘Official Secrets’ is based on the true case of Katharine Gun, a translator working for the British security services at the GCHQ surveillance unit in Cheltenham, who received a memo asking for her to surface such details. Horrified at the unethical nature of the act she was asked to be complicit in, Katharine printed out the email, passed it onto a friend on the anti-war movement, and the correspondence eventually found its way to a reporter for the London Observer, forming the basis of a sensational front-page scoop which roiled the nation and caused Blair his re-election the following year.

The title is reference to the Official Secrets Act, under which Katharine was prosecuted. How that trial proceeded is public knowledge, but knowing the outcome of Katharine’s ordeal in no way diminishes the power of this earnest but powerful retelling. While not a character study per se, Hood maintains an intimate focus on the psychological ordeal which Katharine endured – not just in her agonising over if to keep quiet, but also in the days after the news broke when she had to decide whether to confess that she was the one who leaked the memo, as well as the aftermath of her eventual decision to step forward and own up.

It isn’t just her own professional life that was upended, but also her personal life, especially her marriage with her Kurdish-Turk husband Yasar (Adam Bakri). On one hand, the authorities threaten Yasar with deportation; and on the other, Yasar cannot quite understand why she would threaten both their freedoms, not least because of the acts of genocide which Saddam had committed against his own people back home. Amidst these repercussions, Knightley channels her innate steeliness and presence to give a riveting portrait of a courageous ordinary citizen whose actions were driven by her strong conviction of right versus wrong.

The movie doesn’t belong to her and her character alone though; indeed, Hood also brings into focus the workings behind the Observer, especially how the dogged reporter Martin Bright (Matt Smith) pursued the story despite the pro-war position which the newspaper had taken. Watching the arguments Bright and his newsroom colleagues had with one another (including an unrecognisable Matthew Goode and a screamingly over-the-top Rhys Ifans) is fascinating in itself, not least because it demonstrates the motivations of journalists, which are sometimes pure and sometime not quite so much.

The last act also introduces the human rights lawyer Ben Emmerson (Ralph Fiennes), whose law firm Katharine had approached to defend her as suggested by her police-appointed solicitor. Fiennes is always a delight to watch, and his scenes here with Knightley are a highlight, especially as he strategises putting the very Iraq War on trial to get the British Government to come clean about its own position on the legality of the War and whether it was working in collusion with the Bush administration to mislead public opinion. Unlike say the hysterics at the newsroom, their scenes have a casual but immense power about them, thanks too to the chemistry of both actors.

Like his previous ‘Eye in the Sky’, Hood knows his way around a political thriller with ethical dimensions, and ‘Official Secrets’ commands your attention even though it moves at the pace of a slow-burner at the start. Still, we’d recommend you not to Google about Katharine before you watch the movie if you don’t already know her, and let the movie tell her story. As far as we can tell, it’s been told with the utmost respect for authenticity, and it is to Hood’s credit that he doesn’t oversell Katharine’s courage. It is many things at once – a spy drama, a newspaper saga, and most significantly, a modern-day whistleblowing story – but a shrewd and timely reminder whichever way of moral heroism.

(Understated yet riveting at the same time, this slow-burn drama of a British whistleblower has Keira Knightley in one of her strongest performances) 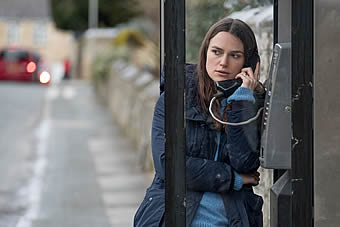 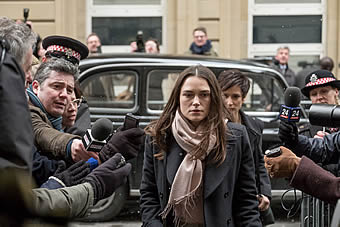 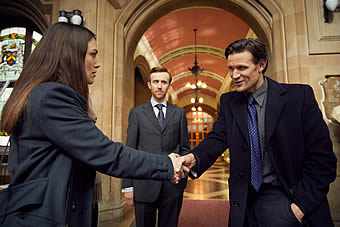 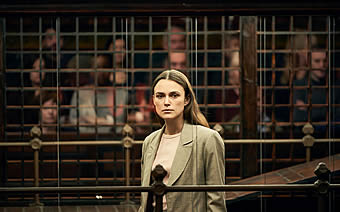 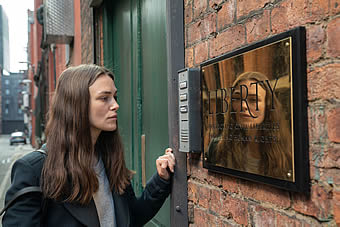